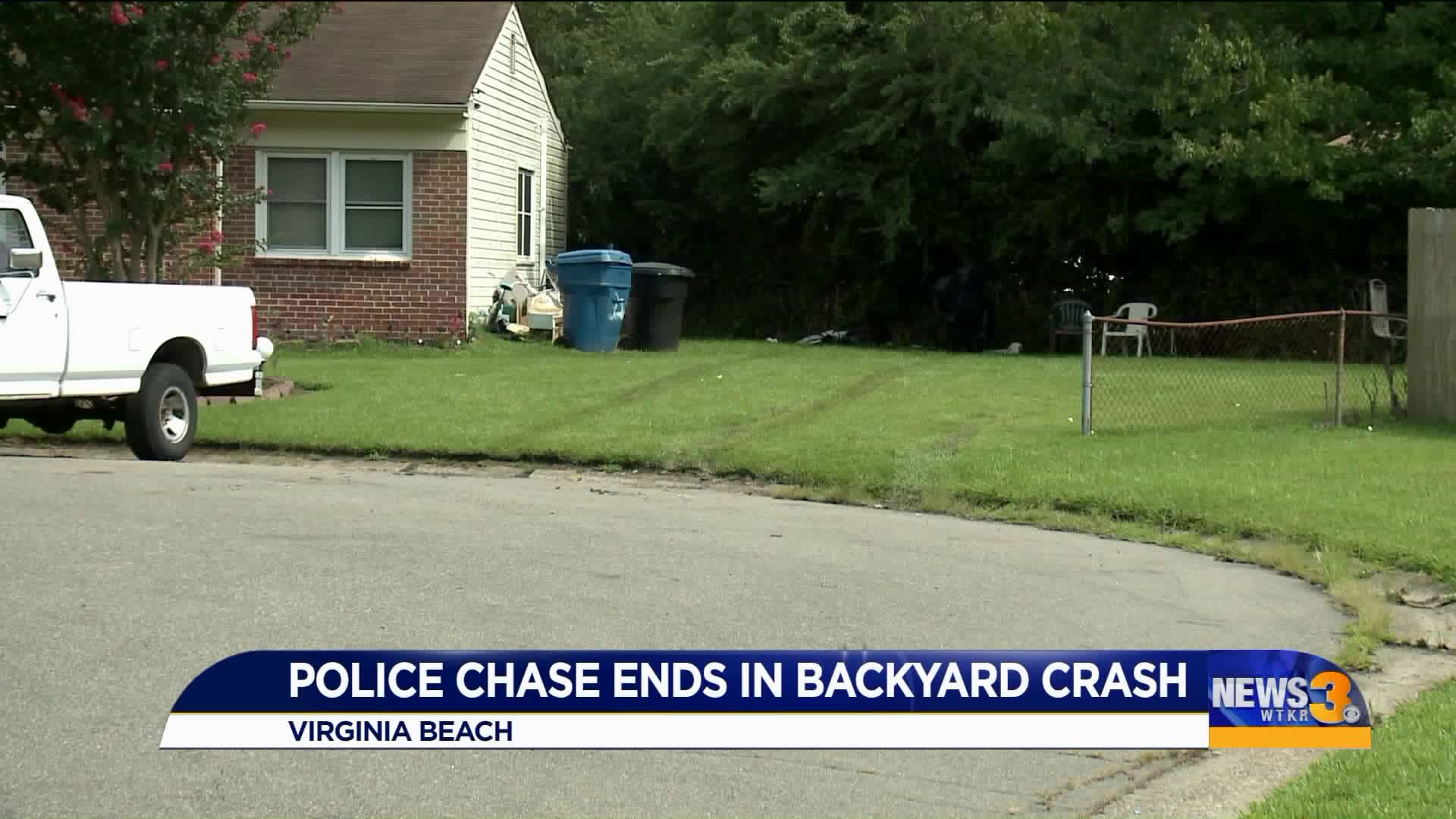 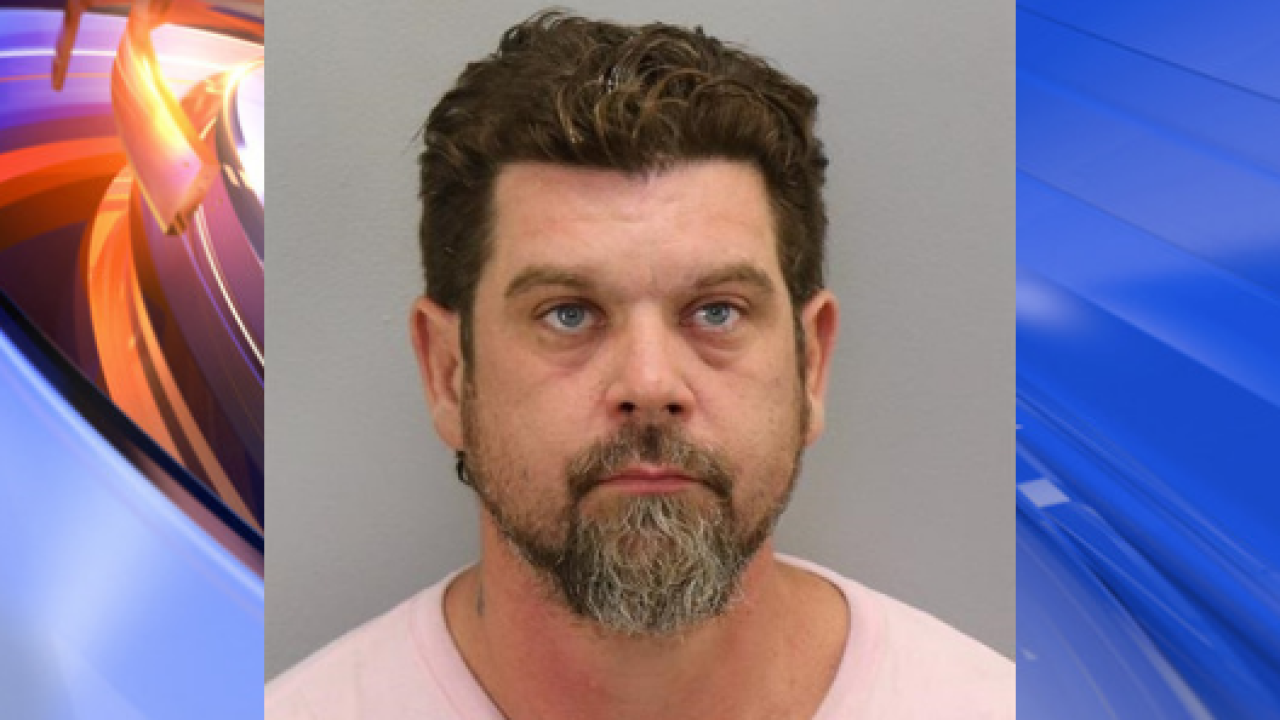 According to the department, officers attempted to stop a vehicle near Bow Creek Boulevard. The vehicle's driver, identified as 40-year-old Thomas Lee Hamacher Jr., refused to stop, and continued to flee through the South Plaza area of the city.

Hamacher struck an occupied police vehicle, several lawns and eventually a residential fence and air conditioning unit near a home in the 3200 block of Corvette Court.

Walter Brown lives at the home where the crash came to a halt Saturday morning. 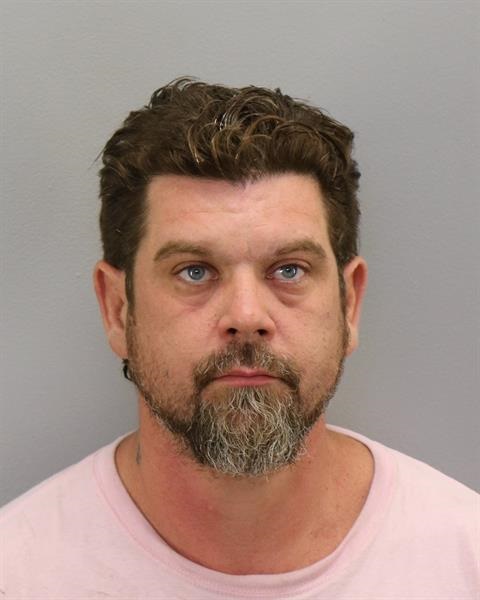 He says the police light woke him up and when he went outside to see what was going on he saw that a pickup truck hopped the curb, drove through his lawn and straight into the wire fence in his backyard.

"I don’t know where he think he was going because there is nothing but brush up around here and next door is another house," say Brown.

Brown says the family is thankful no on was hurt because the truck was position right up against the house when it stopped.

"He could have come straight through the house, but he came this route and we’re kind of blessed he didn’t hurt anyone."

He was arrested and charged with felony eluding, assault on a law enforcement officer, felony destruction of public property, two counts of destruction of private property and multiple traffic offenses. Additional charges are pending.