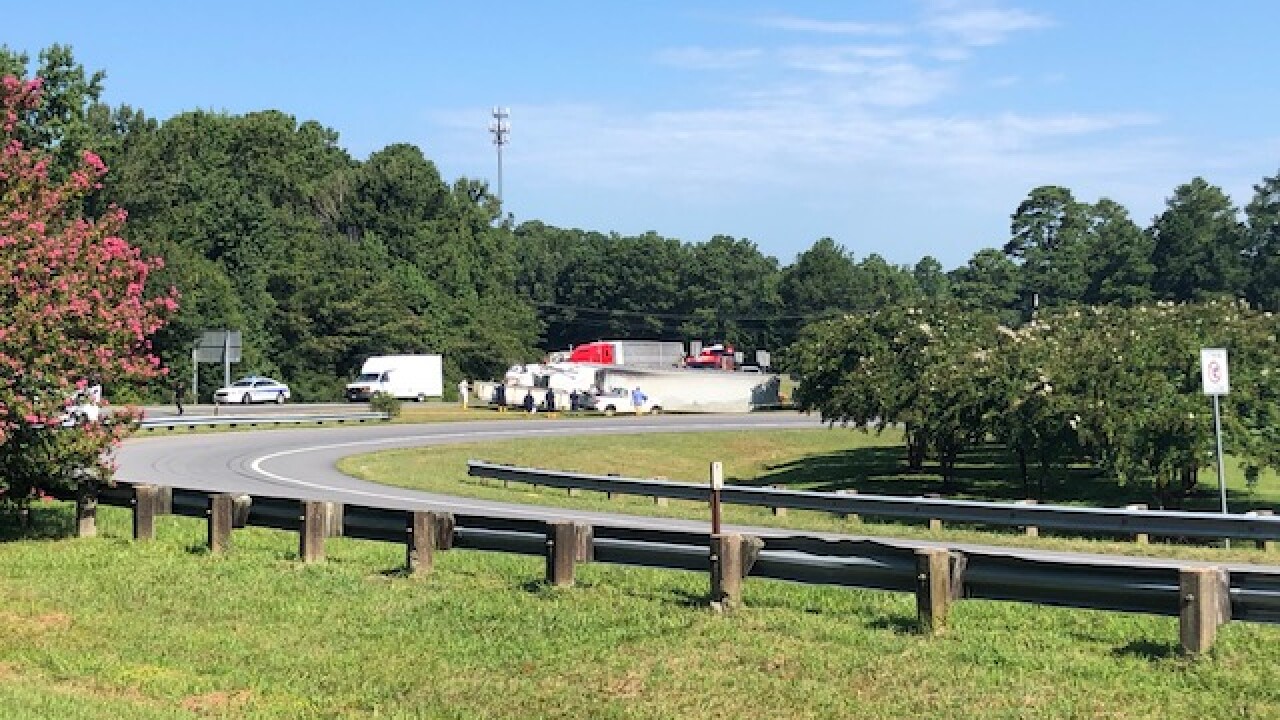 The driver was not hurt.

Authorities say 184 hogs were on board at the time of the crash. Three hogs got loose and were corralled at the scene.

Suffolk Fire & Rescue crews cooled the animals with hoses while efforts to up-right the 18-wheeler continued.

Smithfield Foods also brought in an Emergency Response Team to help with offloading the animals onto another truck. It is not known how many animals died or were injured as a result of the crash.

The road was closed for several hours as crews worked to remove the tractor trailer and livestock and wash down the roadway. It reopened around 5:30 p.m.