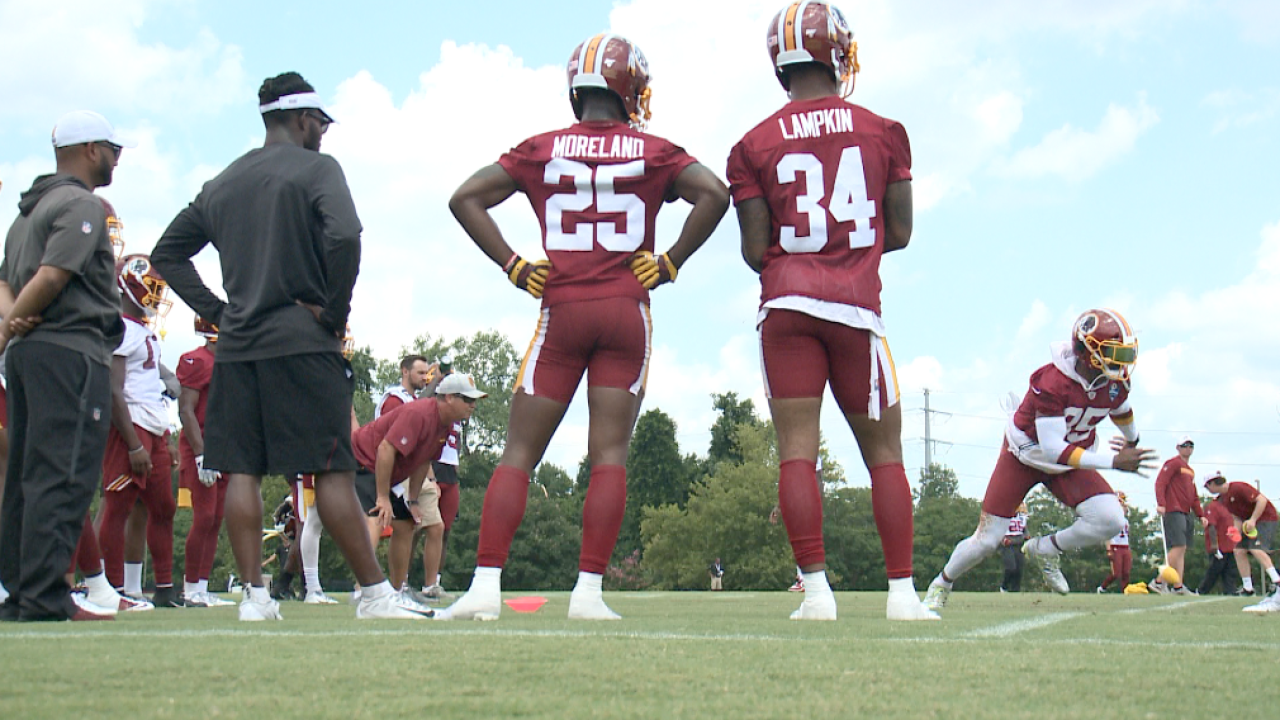 RICHMOND, Va. – After losing to the Cleveland Browns 30-10 in the preseason opener, the Washington Redskins get a day off before returning to their training camp facility on Saturday.

Quarterback Case Keenum started Thursday’s game and threw one touchdown in the first quarter. Rookie QB Dwayne Haskins took over in the second quarter, and over the course of six drives, finished 8-of-14 passing for 117 yards, two interceptions and no touchdowns.

“You look at these games, you gotta look at each individual, how they performed, and then you gotta look at how they perform with the team,” head coach Jay Gruden said. “We’re trying to put a scheme together and then see how each individual fits into that scheme, and how good they are, we have to adjust that scheme accordingly to players. We’re in the very, very beginning here. This is preseason game one. Two we’ll get a little bit more of our players in there, and then hopefully be a little bit more cohesive, and then by game three we’ll hopefully do a lot better.”

Tomorrow’s 1:35 p.m. practice is the second to last practice of training camp.