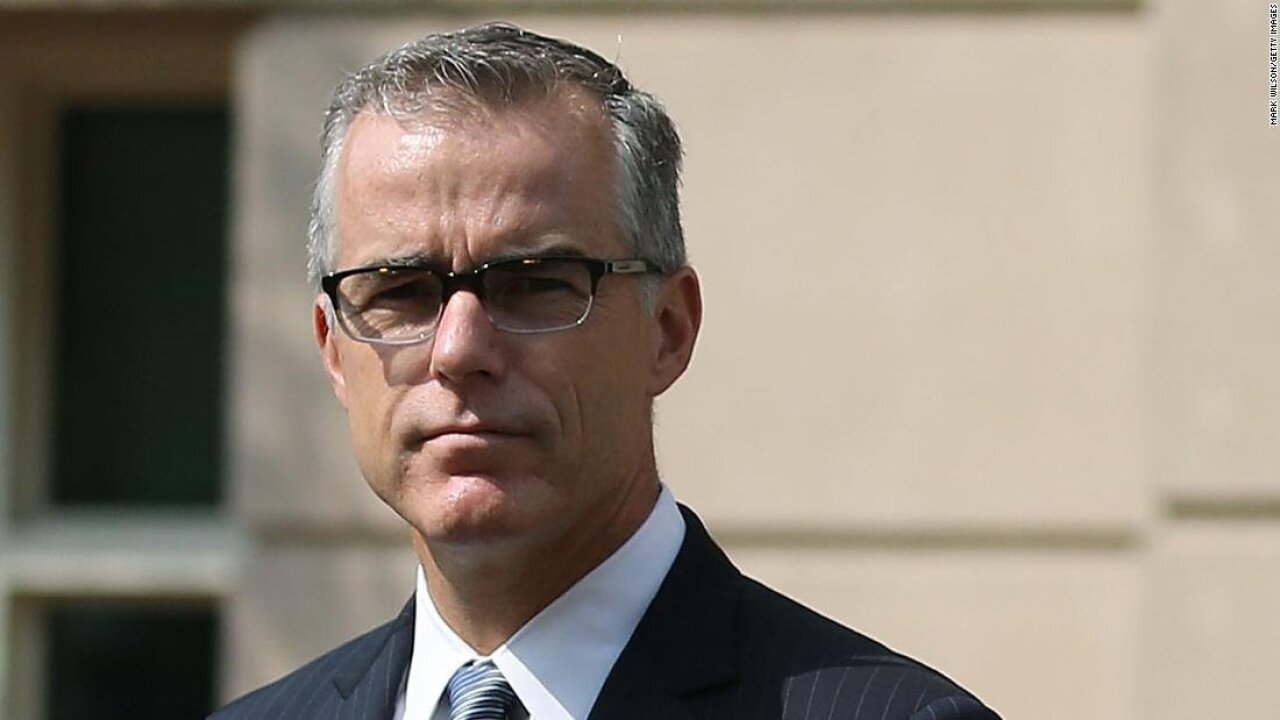 Former FBI Deputy Director Andrew McCabe is writing a book detailing his career in the FBI and his experience with President Donald Trump.

Former acting FBI Director Andrew McCabe is suing the Justice Department and FBI over his firing last spring and accusing President Donald Trump of politically retaliating against him.

McCabe is asking a federal court in Washington to reinstate him as deputy director of the FBI so he can earn a full pension, which he was deprived of by being fired. He said Trump had “constitutionally improper motives for removing” him from government service.

He was dismissed hours before his retirement date following a report from the Justice Department’s inspector general that concluded he improperly disclosed information to the media and lacked candor in interviews with federal investigators. McCabe, who worked for the FBI for two decades and was a senior leader in 2016 through 2018, including after FBI Director James Comey’s firing and the early days of the Mueller investigation, had become a target of Trump’s heckling on Twitter.

Trump had torn into McCabe’s wife’s Democratic political ties after she had run for state senate in Virginia in 2015. McCabe and his wife have maintained that some of Trump’s accusations, especially about McCabe being ethically compromised by donations to her campaign, were false.

A fired FBI agent who had worked on the Russia investigation, Peter Strzok, also sued the Justice Department earlier this week over his own termination, saying Trump had pressed for his firing in 2018 for political reasons.

McCabe had become a player in questioning Trump’s fitness for office and whether he was compromised by the Russians. McCabe opened the obstruction of justice investigation into Trump before Robert Mueller’s appointment as special counsel, and he spoke to CBS News earlier this year about how Rosenstein had raised the possibility of the President’s Cabinet using the 25th Amendment to remove Trump from office.

The department and FBI “responded to Plaintiff’s two decades of unblemished and non-partisan public service with a politically motivated and retaliatory demotion in January 2018 and public firing in March 2018 — on the very night of Plaintiff’s long-planned retirement from the FBI,” the lawsuit states.

“It was Trump’s unconstitutional plan and scheme to discredit and remove DOJ and FBI employees who were deemed to be his partisan opponents because they were not politically loyal to him.”

The lawsuit cites one conversation McCabe’s lawyers had with Justice Department official Scott Schools, who told them, “We’re making this up as we go along,” in the days before the firing.

At the time Sessions announced he was fired at 10 p.m. on a Friday, McCabe was already on leave, having completed his last day with the FBI that day, his lawsuit says. He was turning 50 that weekend and served in the bureau for 21 years, making him eligible for his pension, health care coverage and other retirement benefits, the lawsuit says. He was not a political appointee and instead had served in what’s called a career position.

McCabe also claims in the suit that Sessions didn’t have ability to fire him under the law.

Following the inspector general report into McCabe, the findings were referred to the US Attorney’s office in Washington for possible criminal charges. McCabe has not been charged with a crime.