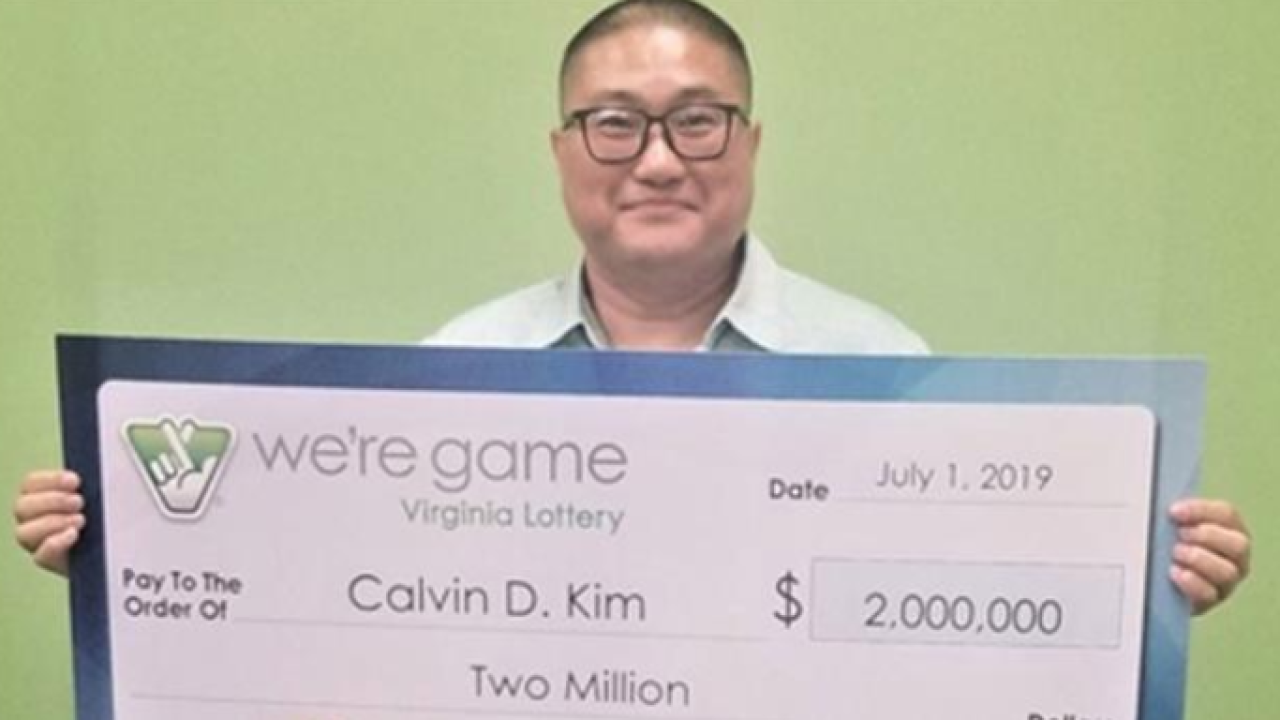 This photo of Calvin Kim was provided by the Virginia Lottery.

While at the deli, Kim won $2 million by matching the first five numbers of the Mega Millions lotto ticket he purchased.