Simone Biles to USA Gymnastics: ‘You had one job and you couldn’t protect us’ 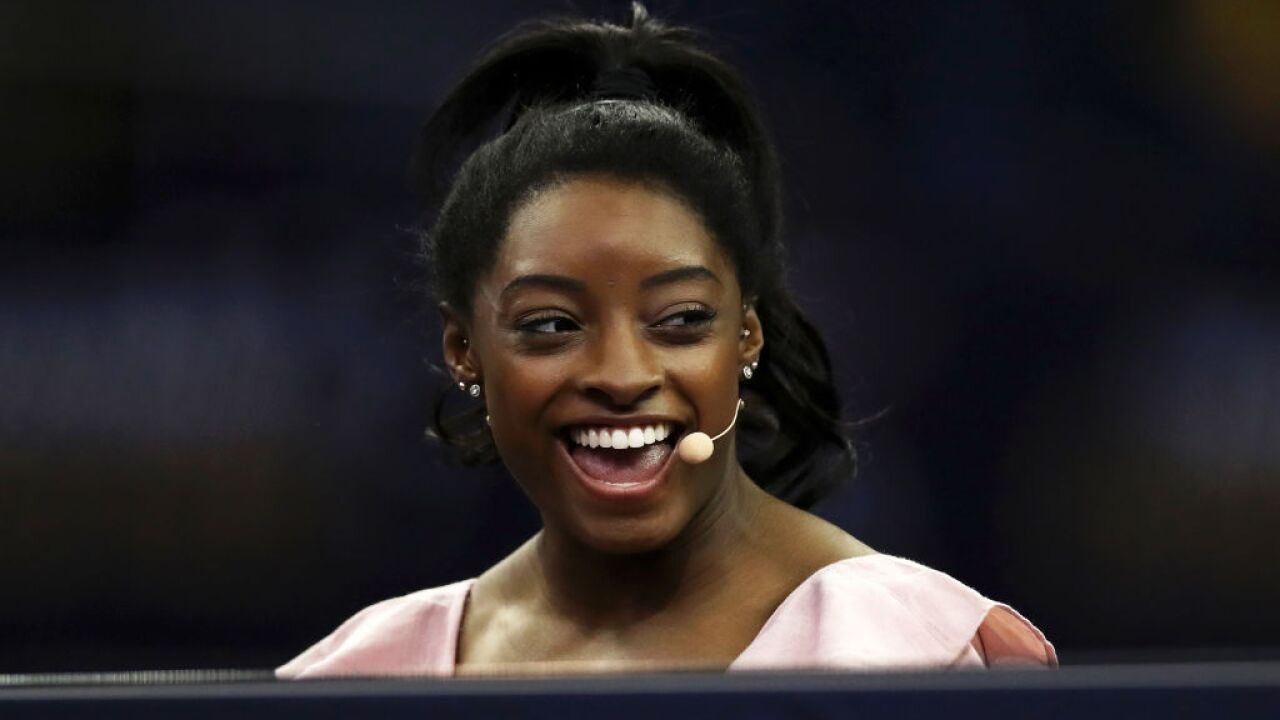 LONDON, ENGLAND – MARCH 23: Simone Biles of the USA laughs whilst on the judges panel during the Superstars of Gymnastics at The O2 Arena on March 23, 2019 in London, England. (Photo by Naomi Baker/Getty Images)

Four-time Olympic gold medalist Simone Biles spoke to reporters Wednesday about her struggle to continue practicing her sport for an organization that did not protect her — and many others — from Larry Nassar’s abuse.

LONDON, ENGLAND – MARCH 23: Simone Biles of the USA laughs whilst on the judges panel during the Superstars of Gymnastics at The O2 Arena on March 23, 2019 in London, England. (Photo by Naomi Baker/Getty Images)

“You had one job. You literally had one job and you couldn’t protect us,” she said of USA Gymnastics.

Biles spoke to reporters after a training session in Kansas City, Missouri, ahead of the United States Gymnastics Championships.

In January, Biles announced on Twitter that she was one of the many athletes sexually abused by the disgraced former USA Gymnastics and Michigan State University doctor.

Nassar is serving an effective life sentence on child pornography charges and criminal sexual conduct after more than 150 women and girls said he sexually abused them over the past two decades.

On Wednesday, Biles was asked about her recent tweet in response to an article on a congressional report that said multiple institutions could have stopped Nassar.

“The more I learn, the more I hurt. USAG failed us. USOC failed us. Many failed us. And they continued to fail us,” Biles tweeted.

Biles told reporters that she struggles to take care of herself and see the doctors and therapists associated with the organization because of the deep distrust sowed by the Nassar scandal.

”It’s hard coming here for an organization, having had them fail us so many times,” Biles said. “We had one goal. We have done everything that they asked us for, even when we didn’t want to, and they couldn’t do one damn job.”

The organization responded to Biles’ comments saying they supported her and have learned from past mistakes.

“One of our goals is for our athletes to feel comfortable in speaking up and sharing their opinions, and we are listening to what they have to say. We will continue to work hard to demonstrate to Simone and all of our athletes, members, community and fans that we are working to foster a safe, positive and encouraging environment where athlete voices are heard.”