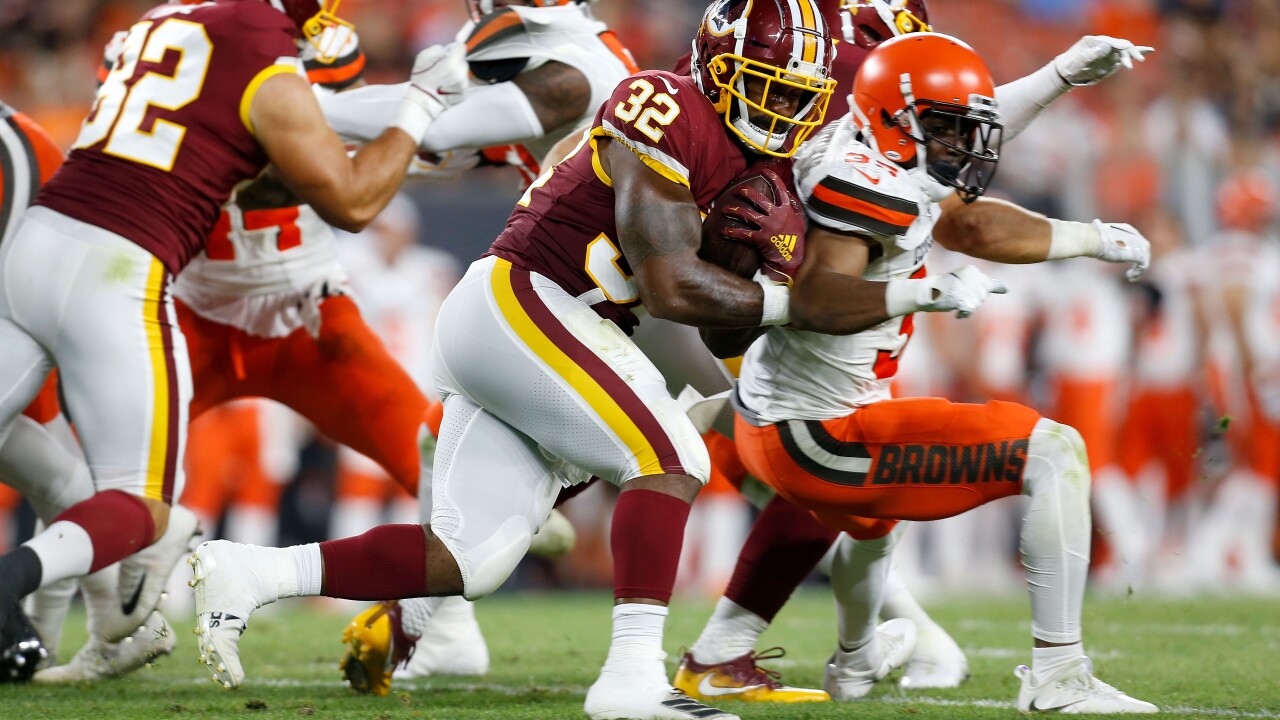 CLEVELAND, OH – AUGUST 8: Samaje Perine #32 of the Washington Redskins runs over Jermaine Whitehead #35 of the Cleveland Browns for a first down during the second quarter at FirstEnergy Stadium on August 8, 2019 in Cleveland, Ohio. (Photo by Kirk Irwin/Getty Images)

CLEVELAND – Thursday night was not the preseason opener that the Washington Redskins were hoping for.

Less than three minutes into the contest Baker Mayfield connected with Rashard Higgins and the Browns went on to take a 7-0 lead.

The Redskins leaned on quarterback Case Keenum as their starter. Over the course of the first quarter, Keenum threw for 60 yards and had one touchdown.

Rookie quarterback Dwayne Haskins saw his first NFL action, taking over under center in the second quarter. The 2019 first-round draft pick threw for 117 yards over the course of 6 series, and threw two interceptions.

“You gotta get over it,” Haskins said about the interceptions. “You gotta play the next series, so it happened. I’ll get mad for three seconds and go to the next play.

“I was just trying to figure out the flow of the game. The play clock, the way Jay [Gruden] calls plays in a game atmosphere and trying to get guys to the line of scrimmage and make things work.”

“I think there were moments that he looked very good,” head coach Jay Gruden said. “Obviously there were a couple throws there he wished he had back. A couple things with the protections we gotta get cleaned up. First start in the NFL, first opportunity to play, it’s not gonna go perfectly.”

The Redskins didn’t have another touchdown after Keenum’s in the first quarter, and lost to the Browns 30-10.

One of Washington’s brightest spots on the night was defensive back Jimmy Moreland. After impressing throughout the first couple weeks of training camp, the James Madison University product had six tackles in his NFL debut.

“I’m glad the game wasn’t too fast for him,” Gruden said. “Played nickel, played outside, made some plays. I was pretty impressed.”

The Redskins have an off day Friday, then return to the Bon Secours Washington Redskins Training Center Saturday for training camp. Their next preseason game is next Thursday, at home against the Cincinnati Bengals.