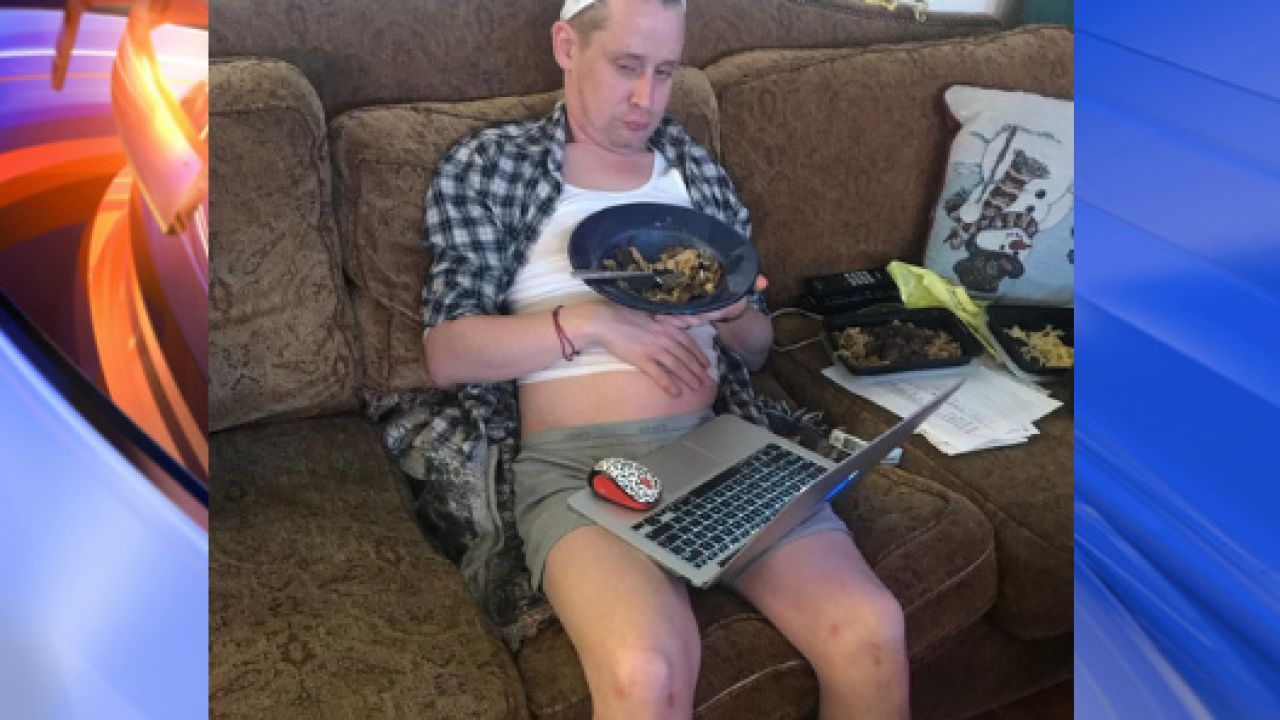 “Home Alone” is getting a remake, and Macaulay Culkin, the star of the 1990 movie, gave fans a look at what his character might look like all grown up.

The precocious Kevin McCallister who defended his home from burglars in the film is nowhere to be found in Culkin’s Twitter post. Instead, he shared a picture of himself lounging on a couch with a plate of food in hand and a laptop in his lap.

“This is what an updated Home Alone would actually look like,” he wrote.

This is what an updated Home Alone would actually look like. pic.twitter.com/sGj86933LA

Disney CEO Bob Iger said in a conference call with investors that the company would be “reimagining” the film for its long-awaited streaming service, Disney+, along with “Night at the Museum,” “Cheaper by the Dozen” and “Diary of a Wimpy Kid.”

Disney has provided no details about how or when “Home Alone” will be remade, or who will be cast.

Perhaps, this is Culkin’s way of tossing his hat (or is it a headband?) into the ring.