Currituck County home a total loss; lightning strike may be to blame 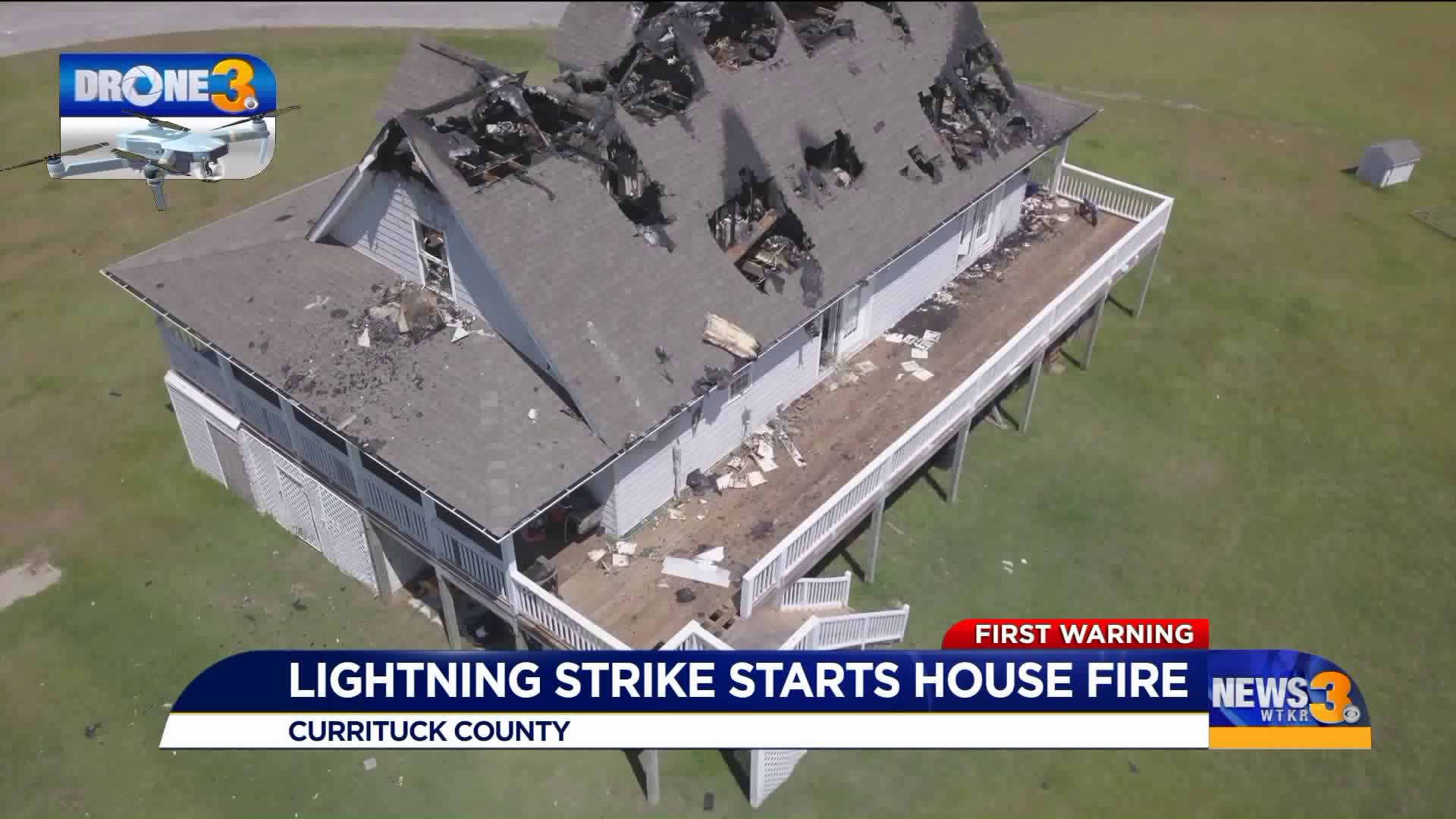 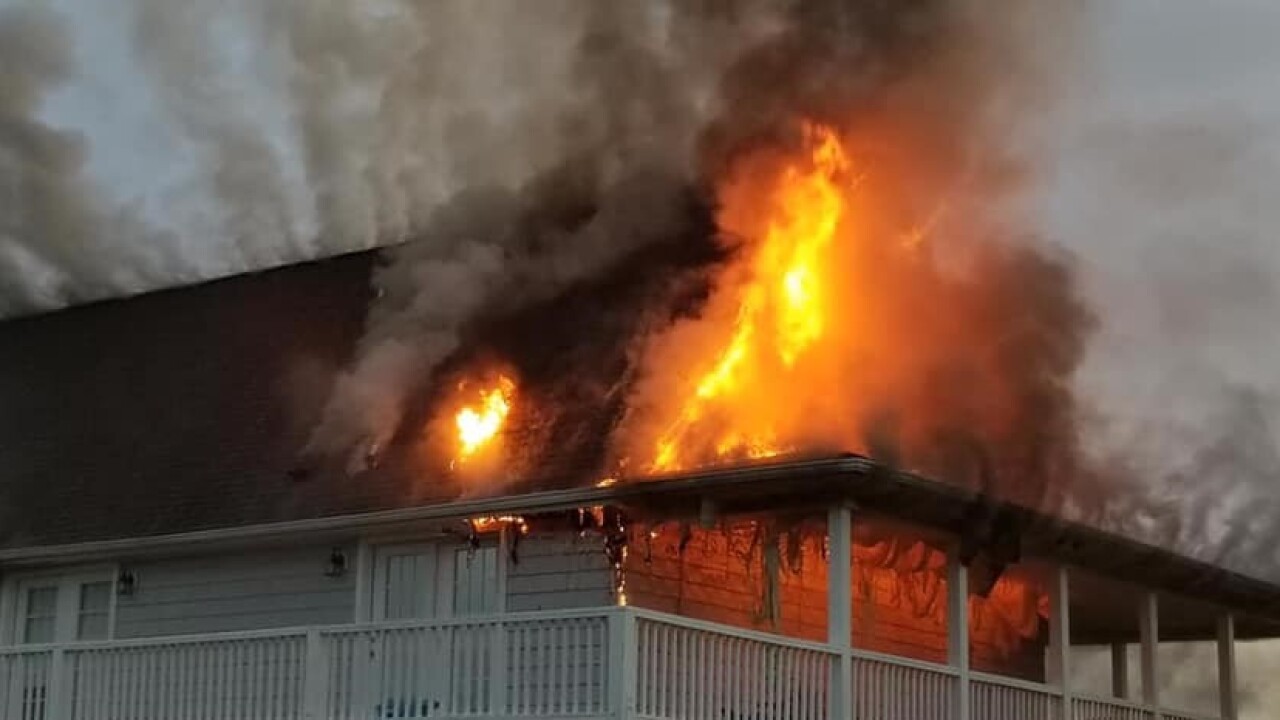 CURRITUCK Co., N.C. - A family of five was displaced after a fire gutted their home on Wednesday night.

"A bolt of lightning hit and lit up the house, shook the ground and tripped all our lights," said Meadow Lake Circle resident Megan Grant.

Grant lives next door to the Jarvisburg home that erupted in flames during Wednesday's severe thunderstorms.

"It started just as smoke, then it got bigger. It came from the back of the house and then it was engulfed," she said.

More than a dozen fire departments responded to the fire, which took more than two hours to get under control.

"It  breaks my heart  because it's close to home. It could have been my house, my children, my family displaced," said Grant.

Neighbors like Grant feverishly worked to rescue the family's pets as the homeowners were away. The family had two dogs, one cat and a turtle.

One dog was missing until earlier Thursday morning. It ran away during the chaos but came back. Neighbors said a cat is still missing.

Dispatch calls stated tanker trucks had to bring water in from a nearby elementary school. Grant said there is a water point right behind the home that draws from a nearby lake, but it appeared to be malfunctioning.

"It makes me wonder if they hadn't had to truck water in and had a hydrant or public water, we may not be dealing with this situation this aftermath," stated Grant.

The family is getting help from the local Red Cross.