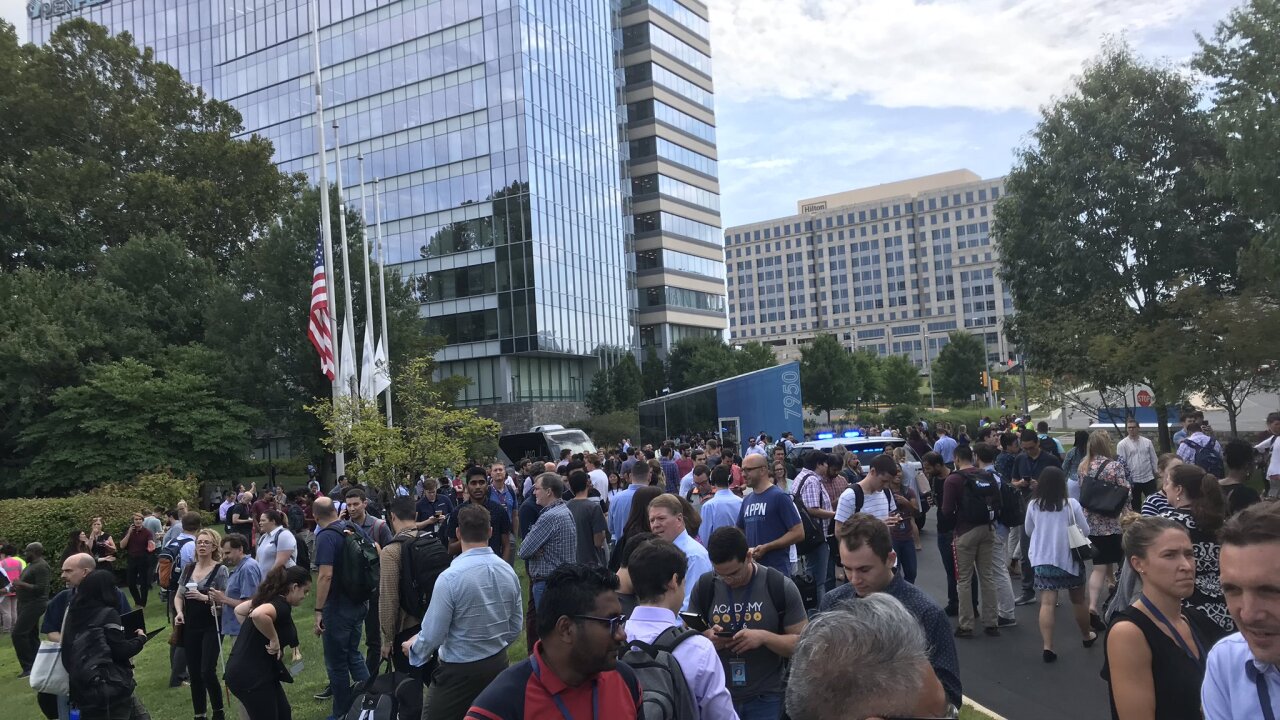 Police in Virginia responded on Wednesday to reports of a man with a weapon at an office building in suburban Washington that is occupied by USA Today and its publisher, Gannett.

Fairfax County police spokesman Sgt. Greg Bedor told CNN that police have responded to a caller saying they saw a man with a weapon at the building in McLean, Virginia.

Police are not aware of any reports that shots have been fired, Bedor said.

UPDATE: We are working to investigate this reported threat. Officers are currently working to clear the building. At this time, we have found no evidence of any acts of violence or injuries. #FCPD #FairfaxCounty pic.twitter.com/CbCfsO2etj

Police have evacuated the building as a precaution and are asking people to move to a different location, as is standard protocol. Newsroom staffers tweeted videos from the scene after they were evacuated and described a heavy police presence.

Chrissy Terrell, a USA Today spokeswoman, said that “police are looking” for a possible man with weapon and confirmed there is no indication of shots fired.

USA Today later reported that police have said these reports are false alarms. Lt. Eric Ivancic said police received a call at 11:56 a.m., reporting that a man with gun was seen at the building, which holds the headquarters for USA TODAY, its parent company, Gannett Co., and offices for a variety of other businesses.

Ivancic said police were continuing to investigate but there has been no evidence of shooting and they have not located anyone with a weapon.

Gannett has two towers in McLean, one with newsroom operations and the other with corporate functions like marketing and circulation. The company is the country’s biggest newspaper publisher by circulation, with its flagship USA Today and dozens of smaller papers.

We have evacuated the @USATODAY headquarters in McLean, Virginia, after reports of someone who may have had a weapon in the building. pic.twitter.com/EF8DJQCqsN