Trash troubles: How you may unknowingly be killing wildlife 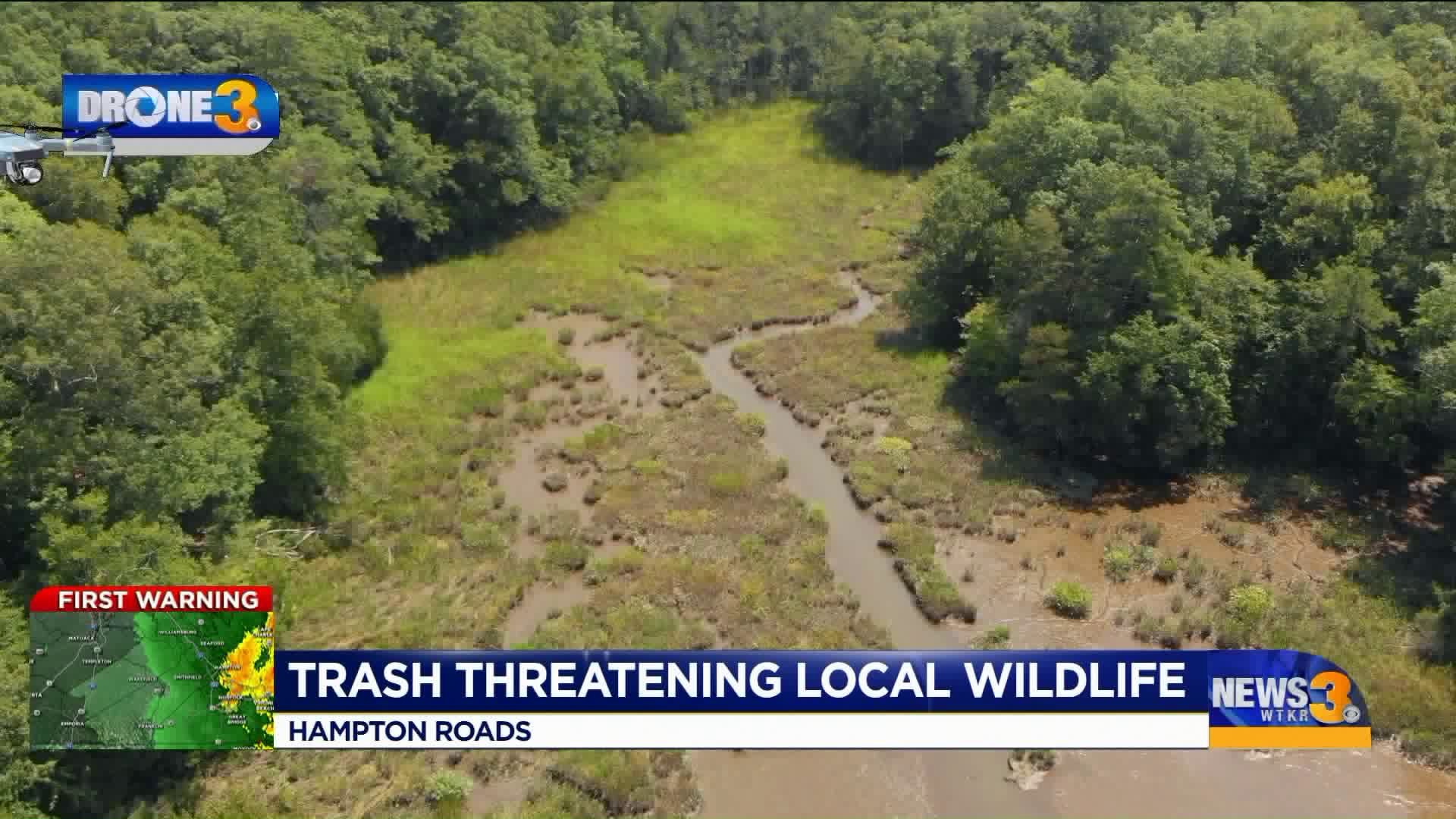 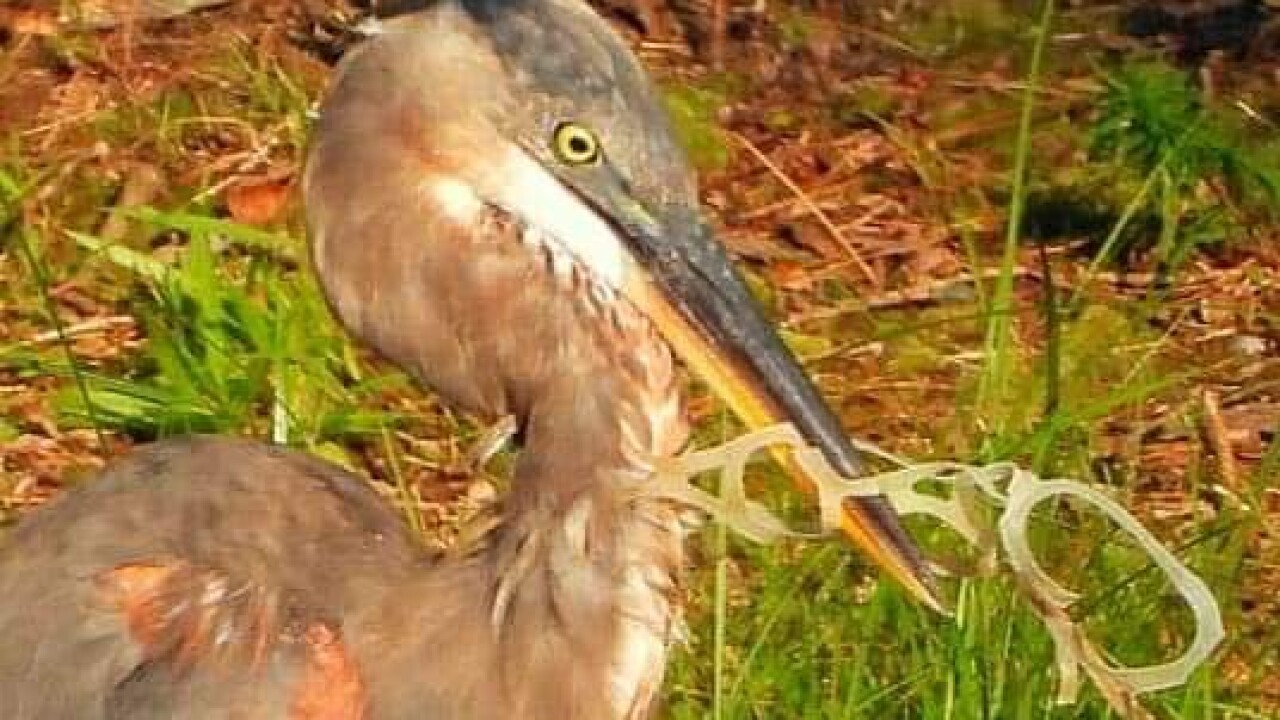 WILLIAMSBURG, Va. - A fun day at the river for you may mean death for local wildlife.

Volunteers at Virginia Wildlife Rescue and Transport say they receive daily calls for animals in distress.

Julie Wallace, a volunteer with the organization, says typically animals are trapped in fishing line, speared by a fish hook or caught in plastic six-pack rings. These are all items left behind by people visiting rivers, beaches and parks.

When wildlife like great blue herons, goslings and seagulls are searching for food, they unknowingly get caught and cannot get themselves out. If the injury isn't reported by a member of the public, volunteers may not be able to rescue and rehab the animal in time.

Related: 'We only have one planet' After finding dead bird, local woman raising awareness about releasing balloons

According to the Wildlife Center of Virginia's website, "If a citizen calls and needs transporting assistance, a Center front-desk coordinator will determine the best course of action for the animal in need. If rescue/transport is needed, the front-desk coordinator will give the rescuer names and phone numbers for three to six volunteer transporters."

Wallace said they have completed transports as far north as Richmond and as south as Virginia Beach.

Glenn Butler owns a local tree service that often helps the volunteers rescue birds caught high in trees. He told News 3 that the majority of the time people aren't maliciously looking to hurt the animals, they're just don't know how their actions can be harmful.

"When you approach people and ask them, they’re just not aware what a trap that is for wildlife," he said. "Sometimes perhaps, it’s someone that's inexperienced and doesn't cast very well so maybe they need more practice in a more open area before they’re working along a shoreline."

News 3 spoke with the Williamsburg parks Superintendent, Derocke Croom. He said his office is aware of what's happening and they're taking action to stop it.

Throughout the parks, including College Landing Park, more bins will be set up as a place for people to put their recycled line. If people utilize the bins more, less line and debris will be caught in the trees or waterways. 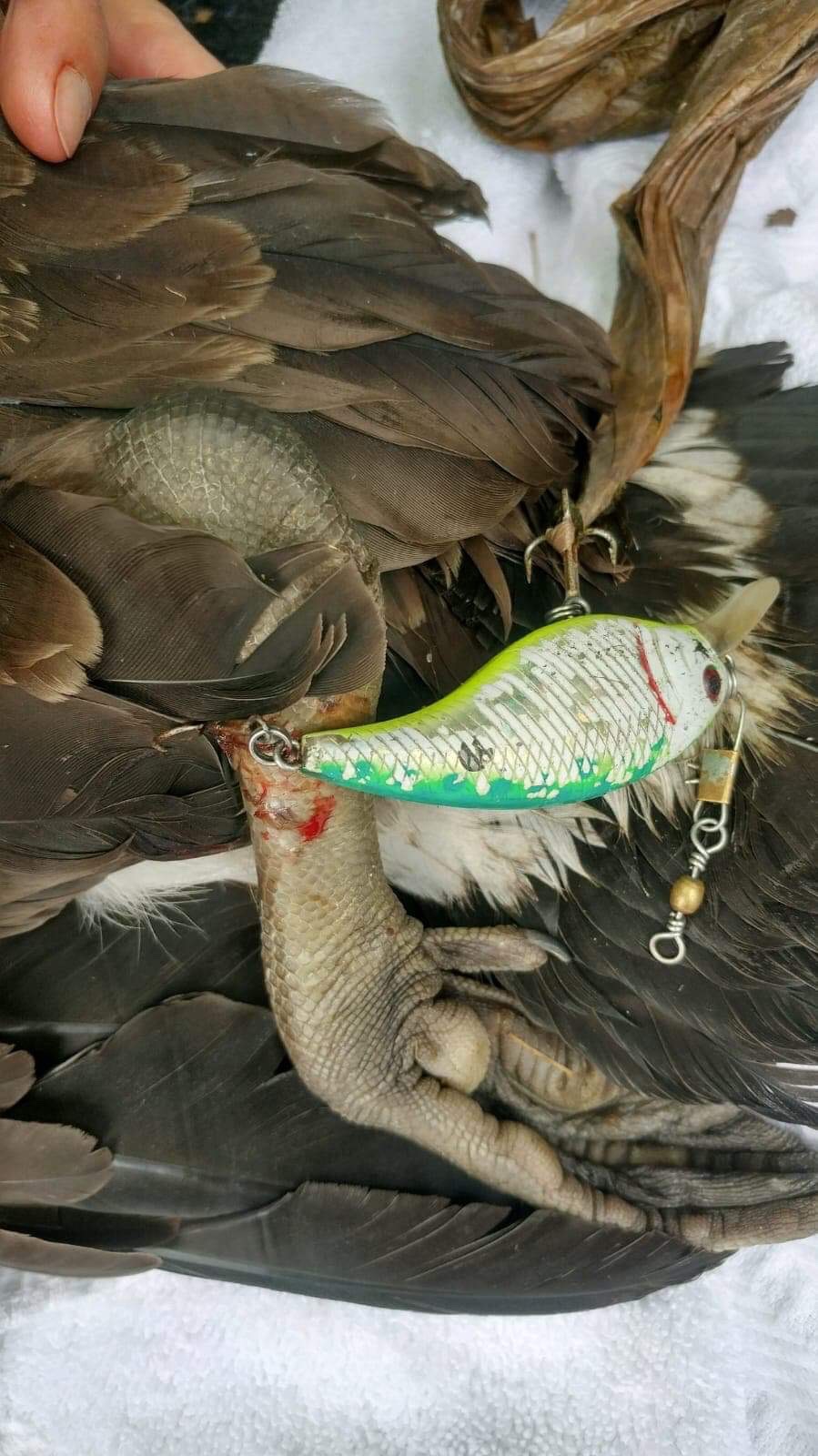