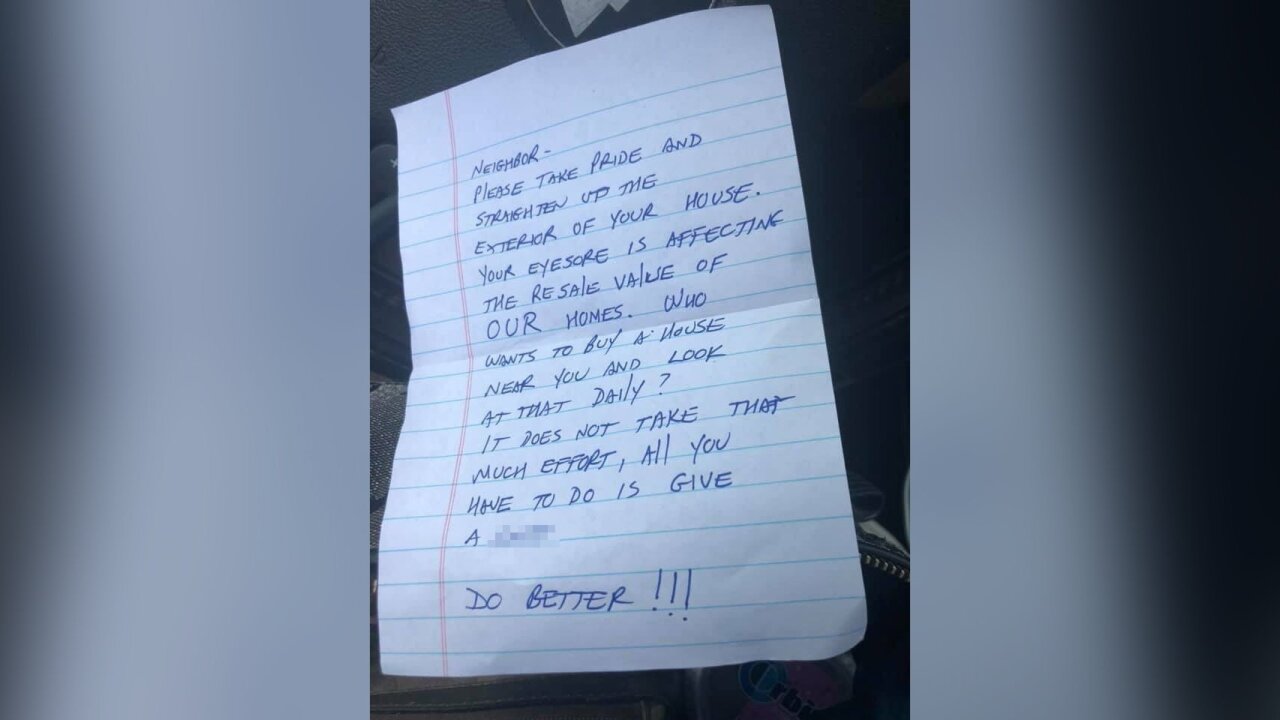 “Your eyesore is affecting the resale value of OUR homes,” the letter said. “Do better!!!”

Randa Ragland opened her mailbox in late July to find a letter from a neighbor, with no return address and no name.

“Your eyesore is affecting the resale value of OUR homes,” the letter said. “Do better!!!”

The letter accused Ragland of not caring about her Pinson, Alabama, home.

“Your eyesore is affecting the resale value of OUR homes,” it said. “Do better!!!”

“So many things, bad things, had happened right before I got the letter,” Ragland said. “I just didn’t have the energy to be mad.”

Her husband lost his job. She received some news regarding her health, and her 3-year-old son was battling cancer. Jaxen, who has autism and is nonverbal, was diagnosed with stage 4 neuroblastoma just a few days before his third birthday.

Ragland decided to post the letter and Jaxen’s story on Facebook, asking people to “try being kind to your neighbor” and to “say hello to people.”

But, she never could have imagined the kindness that came next.

“I just posted what I was feeling at the time,” she said. “I never thought in a million years it would turn into this.”

Related: ‘This isn’t the Ghetto’: Indiana man says he got racist letter about his lawn

On Friday, Kimberly Davis Quick received a Facebook notification about what was happening in the community. A friend of hers had shared Ragland’s post.

“I don’t ever usually click those, but God must have been talking to me,” she said. “And I said, ‘Oh, no, not in our community.’ ”

She had never met Ragland, but Quick started a Facebook page in Jaxen’s honor to help organize volunteers and donations.

Ragland’s lawn was mowed. A man with a chainsaw showed up to remove debris from the yard. Others went to the store to pick up supplies for the family. Some pitched in to tidy up her home.

“This is love,” one of the volunteers, Joey Harding, told CNN affiliate WIAT. “This is love for a stranger.”

Just two weeks earlier, on July 25, Harding lost his 6-year-old daughter, LuLu, to the same cancer that Jaxen is fighting. LuLu and Jaxen had gotten to know each other during treatment.

Harding told WIAT that helping another family in need is helping him cope with losing his daughter.

When he arrived at Ragland’s house, he gave her one of the rocks that were like LuLu’s safety blankets. This one was painted green with black hearts and the word “strength.” Ragland burst into tears.

“I told him his baby knew that’s just what I needed right now,” she said.