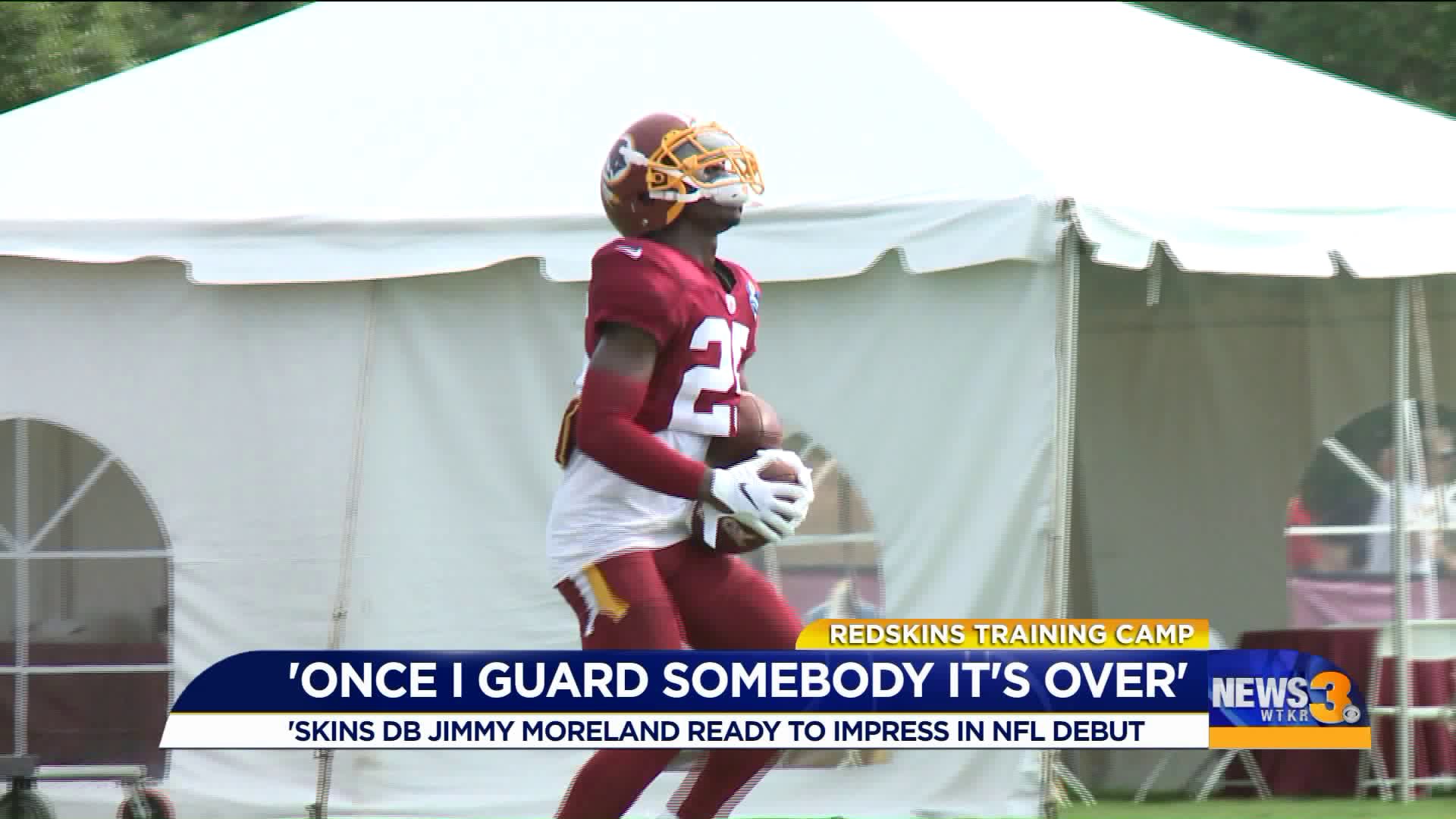 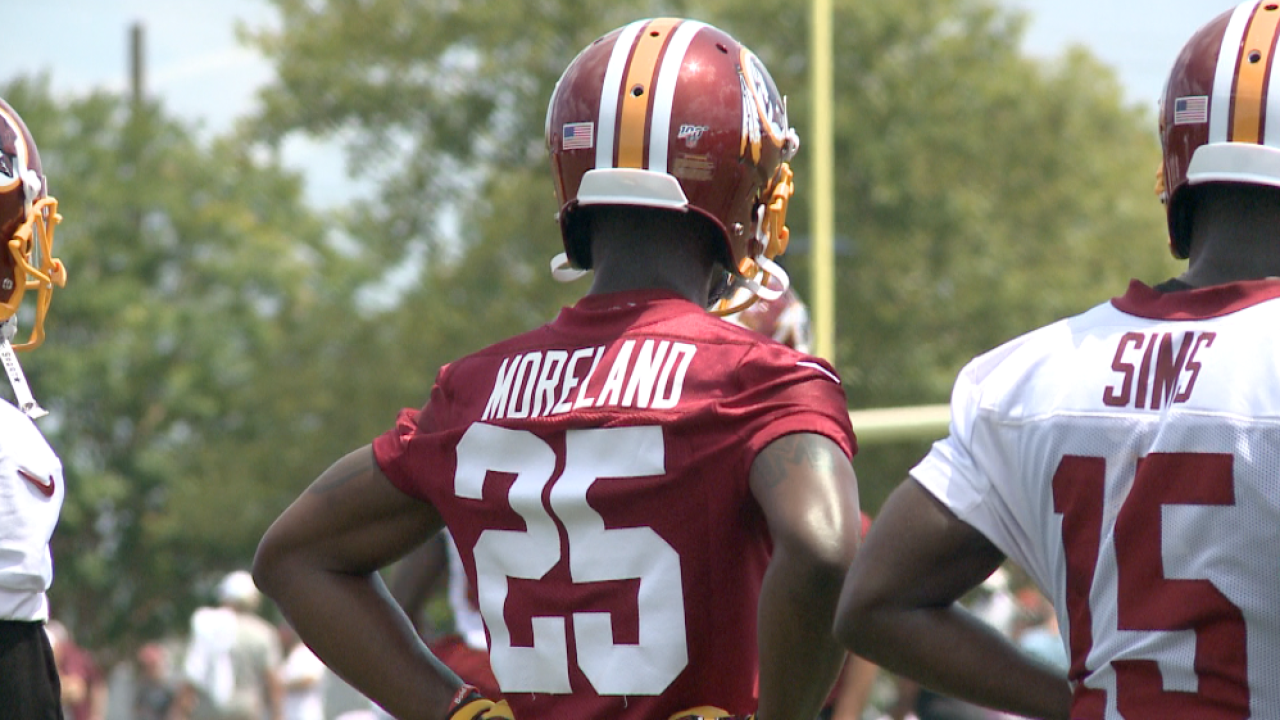 RICHMOND, Va. - A mouse in the house is a cause for concern, unless you're the Washington Redskins.

He's referring to Moreland. Small, like a mouse, and easy to overlook on the football field, until it's time for him to make a play.

The five-foot-eleven defensive back continues to impress during camp, with a handful of interceptions already under his belt.

“Just need to continue doing what I'm doing.," Moreland said. "Being better at my craft and showing that I'm a playmaker, and the rest will handle itself.”

Small but mighty, like the collegiate football program he comes from, the 7th round draft pick out of James Madison University knows plenty of people overlook him because he's not from a Power 5 conference.

"They didn't expect this out of me, you know, they probably didn't know what I was capable of doing," Moreland said. "Prove them that I can be at this level. A lot of great players in this league not from big schools. Just gotta come in with the same work ethic and let them know that you got the same talent as them.”

When the Redskins face the Browns in this Thursday's preseason game in Cleveland, Moreland's confident he'll make a great NFL debut.

“My first game as an NFL rookie, you know, is gonna be a great one," Moreland said. "I think those jitters are gonna come, but they’re gonna go right away because I'm really not the person to have jitters.

"Once I guard somebody it’s over.”