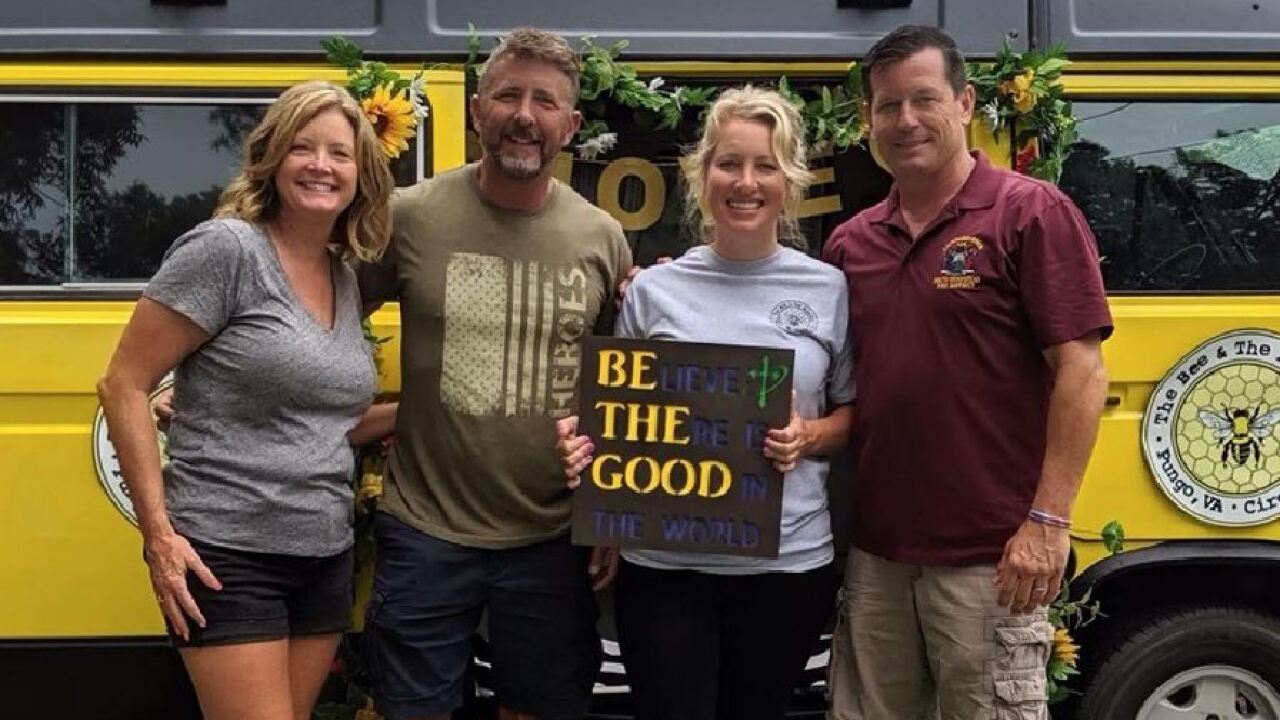 VIRGINIA BEACH, Va. – Guests at a Pungo restaurant had an emotional surprise Friday.

The Bee & The Biscuit’s Facebook page said a group of four people stopped by to eat and gave the manager $500. They asked that the money be used to pay for customer’s meals.

The even more special part was, the group had 12 remembrance cards which honored the 12 victims killed in the Virginia Beach Municipal Center Mass shooting in May.

Each bill paid was to be in honor of one specific person and customers were randomly chosen.

The Bee & The Biscuit said “The joy and tears in customers eyes as they realized what this was about was beautiful to witness.”

The generous people who gave the money are a part of The Honor Network which started after the Las Vegas shooting by a New York firefighter named Tommy.

Tommy lost a firefighter friend in the 9/11 terrorist attack. Now his efforts have grown and The Bee & The Biscuit said “Tommy and new friends, bound together by tragedy and the desire to bring light in the darkness, travel together to spread love, generosity and kindness to cities experiencing tragedy. Each visit is named after the number of people lost. Las Vegas is #Honor58 and Virginia Beach is #Honor12.”

These four people have also made other impacts all over the city. The restaurant said they bought lunch for Virginia Beach Police and Fire departments, secretly paid for surfboard repairs at Pungo Board House on behalf of surfer Alex Mikhail Gusev, bought a bible on behalf of Ryan Keith Cox, bought a gift card for dinner out for a man they encountered joyfully working the gate of their RV park who was also was retired Navy veteran just like Bobby Williams and painted  rocks at Mt. Trashmore that say SMILE on behalf of Mary Louise Gayle who loved working in her garden. They also distributed 12 backpacks to homeless people in Virginia Beach.

Click here to learn more about The Honor Network and to donate towards their mission.