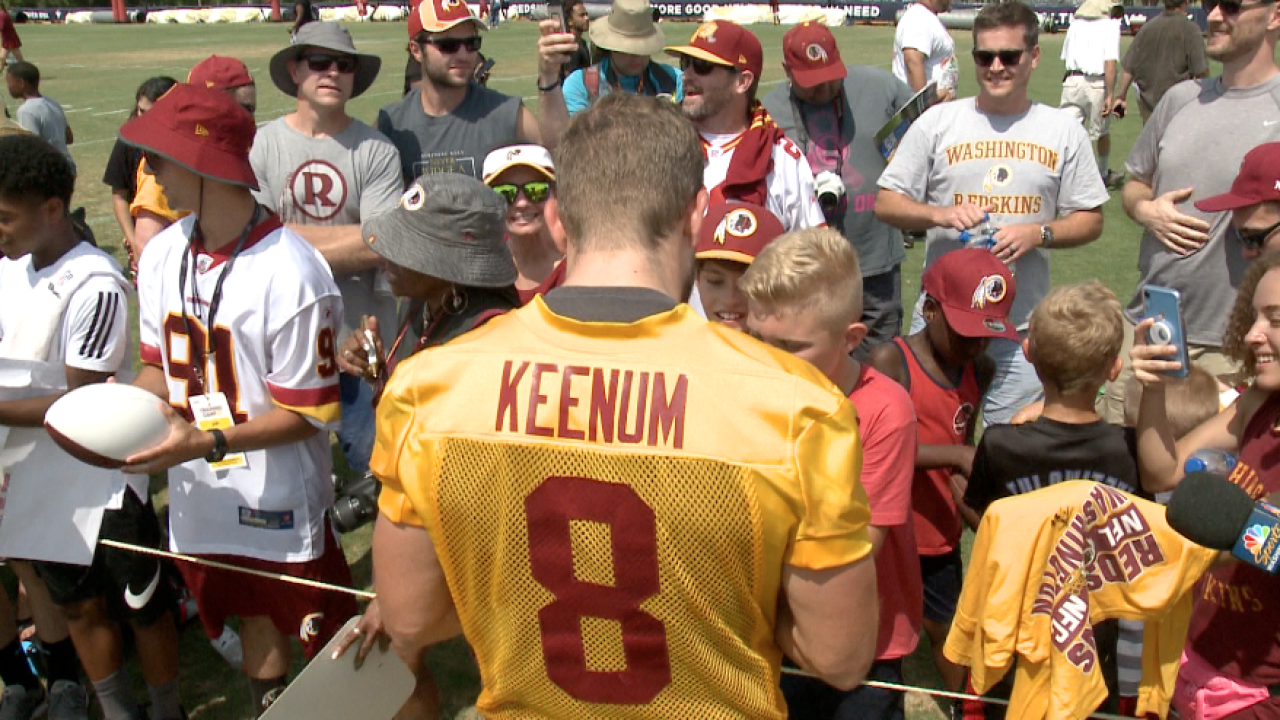 RICHMOND, Va. – Another Sunday closer to the season opener.

Sunday, the Redskins hold a pair of workouts on day 11 of 2019 training camp. The team will conduct a 9:45 a.m. practice and a 4:40 p.m. walkthrough at the Bon Secours Washington Redskins Training Center in Richmond.

While the team is five weeks from its season opener at Philadelphia, the Redskins are only four days out from their first preseason game. Washington opens its preseason slate Thursday at Cleveland in a game that will air LIVE on News 3.

“We’re still in training camp mode,” Redskins head coach Jay Gruden said about his team’s preparation for the Browns. “We’ll probably put together a game plan – probably Tuesday, maybe Wednesday, just a little one. But really it’s still about teaching our stuff and trying to get our guys ready for the season and finding our best 53.”

News 3, Hampton Roads’ home of the Redskins, will have live coverage from training camp every day the team practices.

Thanks to @JayHolmes_, our local guy from #The757, we learn he & @DameWebb…& also @TheTerry_25 & @CurtisSamuel4__ were bunkmates (!!) in a residence hall as freshmen for @OhioStateFB.