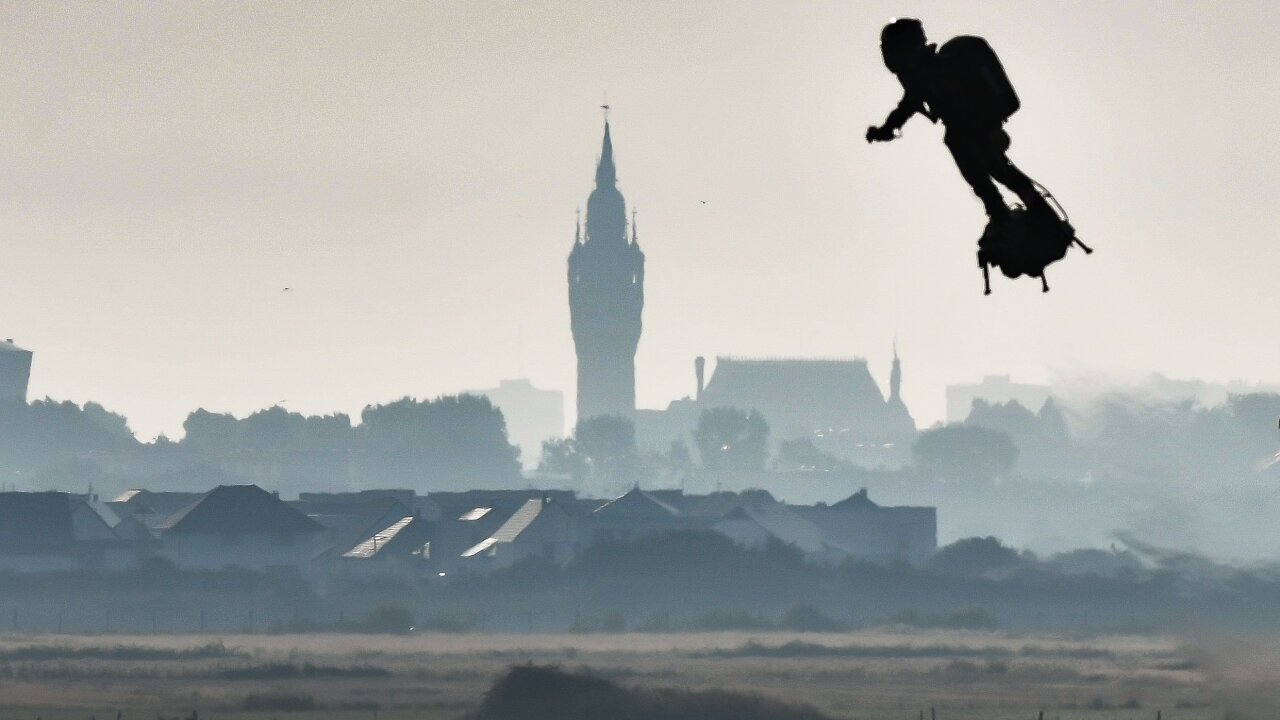 Franky Zapata flies past the Calais city hall on Sunday after starting his Channel crossing attempt.

French inventor Franky Zapata has successfully crossed the Channel on a jet-powered hoverboard for the first time, after a failed attempt last month.

Zapata took off from Sangatte, northern France early on Sunday morning and landed in St. Margarets Bay, near Dover in England. The journey took just over 20 minutes, according to Reuters news agency.

Franky Zapata flies past the Calais city hall on Sunday after starting his Channel crossing attempt.

“I had the chance to land in an extraordinary place. It’s beautiful. My first thought was to my family. It was huge. Thanks to my wife who always supports me in crazy projects. We worked very hard,” he told CNN affiliate BFMTV.

The inventor said that he tried to “take pleasure in not thinking about the pain,” even though “his thighs were burning.”

Zapata, a former jet ski racing champion, took to the skies in July on his Flyboard Air vehicle but missed a platform mounted on a boat as he tried to land midway for refueling. The 40-year-old was uninjured in the fall into the sea, and said that he worked “15 to 16 hours a day to rebuild the machine.”

In an interview after he completed his journey across the Channel, Zapata said that for his next challenge he was working on a flying car and had signed contracts, but for now he “was tired” and “wants a vacation,” he told BFMTV.

The inventor captured the world’s imagination when he took to the skies above Paris at Bastille Day parade in July with the board that can reach an altitude of nearly 500 feet — with the potential to go much higher — and a speed of 87 mph.

Zapata has worked with the US and French militaries, with the French investing $1.4 million to pay for tests of the board. French special forces are interested in the flying board for several uses, including as a possible assault device, said Armed Forces Minister Florence Parly, according to CNN affiliate BFMTV.

The English Channel has been crossed in many innovative ways over the years — including by hovercraft, hot air balloon, monoski, gondola, pedalo and glider and parachute.

On 25 July 1909, French aviator Louis Blériot made the first airplane flight between continental Europe and Great Britain in a monoplane.

In 1875, British marine captain Matthew Webb was the first to swim from Dover to Calais, completing the journey in 21 hours and 45 minutes.