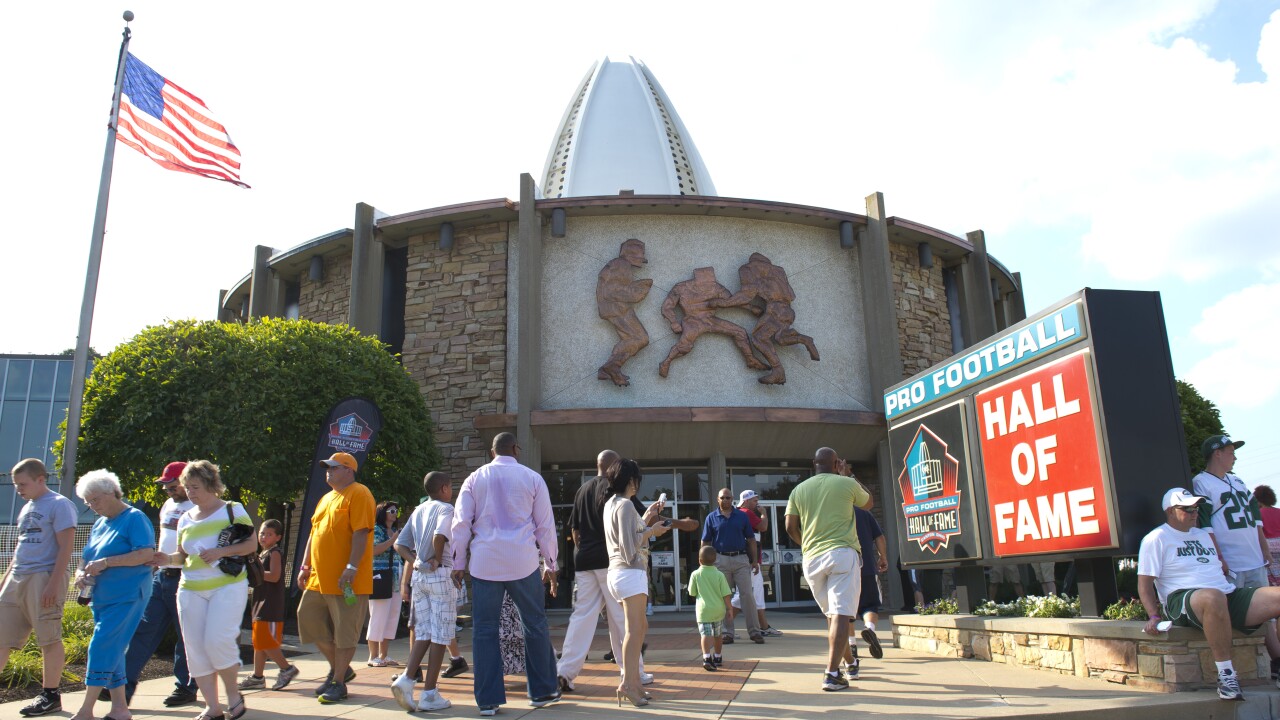 A general exterior view of the Pro Football Hall of Fame. (Photo by Jason Miller/Getty Images)

A general exterior view of the Pro Football Hall of Fame. (Photo by Jason Miller/Getty Images)

The measure is intended to honor the NFL’s Centennial Celebration through a special Centennial Class that will be comprised of 20 members in 2020. The group will include five Modern-Era players, 10 Seniors (a player who has been retired for more than 25 seasons), three Contributors (an individual other than a player or coach) and two coaches.

The Hall of Fame Board passed the resolution that will suspend the Hall of Fame’s current Selection Committee By-Laws for the Class of 2020 election cycle only.

A large list of Modern-era nominees will include only players (whose careers ended less than 25 seasons ago) and will be announced next month. That list will be reduced to 25 semifinalists in November and to the 15 Finalists in early January 2020.

The Hall’s Selection Committee will then meet in Miami on “Selection Saturday,” the day before Super Bowl LIV, to discuss the merits of each Finalist. Voting will progress to a series of reduction votes that will result in the election of five Modern-Era Enshrinees.

The determination of the Seniors, Contributors and Coaches Finalists will run parallel to the Modern-Era player selection process. The Hall will assemble a special 25-person Centennial “Blue-Ribbon” panel who will review the backlog of deserving Seniors, Coaches and Contributors. The Blue-Ribbon Panel will be comprised of Hall of Fame Selectors, Pro Football Hall of Famers, media members, football historians and industry experts.

A tentative timeline for the election process by the Blue-Ribbon panel includes the compilation of a comprehensive list of nominated Seniors, Contributors and Coaches by no later than September. A reduction vote by the panel to 20 Seniors, 10 Contributors and 8 Coaches will be announced in the fall.

The special panel will then meet in person to vote for 10 Seniors, 3 Contributors and 2 Coaches. The final slate of 15 will be voted on as one singular unit by the Hall’s Selection Committee when the group meets on “Selection Saturday.” The Centennial slate will need to receive a minimum positive vote of 80 percent to earn election to the Pro Football Hall of Fame.

The Centennial Class will be formally enshrined into the Pro Football Hall of Fame during the annual Enshrinement Ceremony and the Centennial Celebration in Canton in September 2020.