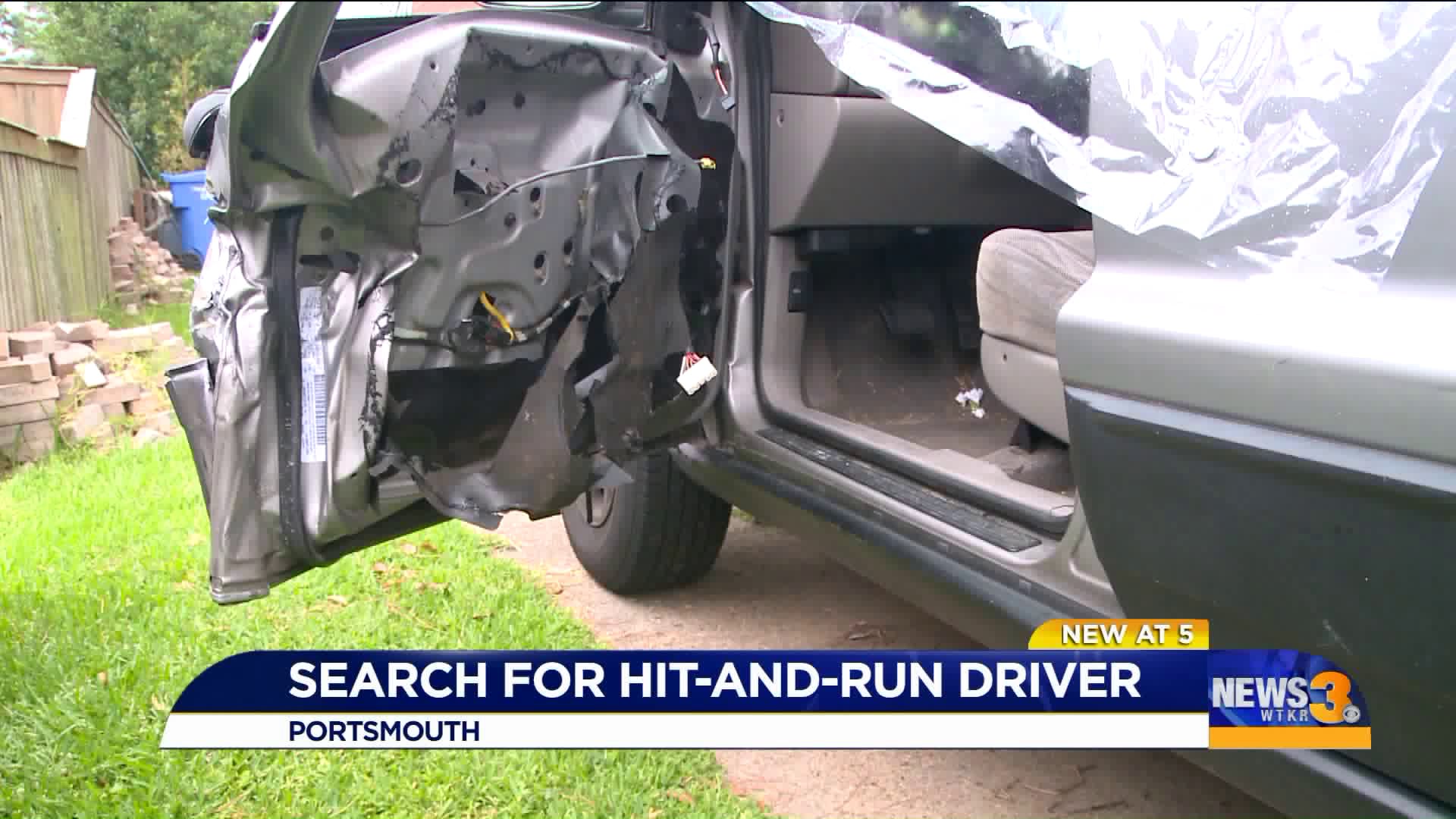 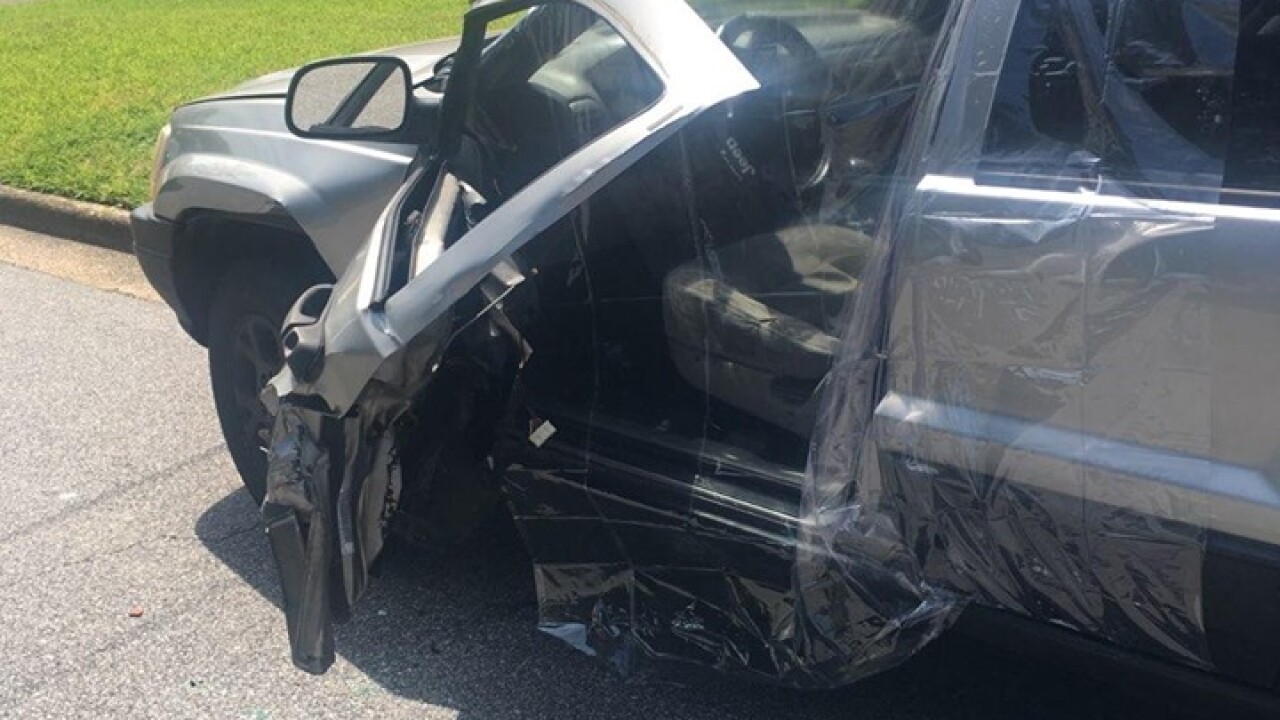 NORFOLK, Va. - A Chesapeake family is counting their blessing after a truck plowed into their son’s car and took off.

His mother tells News 3 he could have lost his legs.

“This conversation could have been a whole lot worse,” Alysha Stone explained.

A crumpled driver door on Stone’s son’s car is a harsh reminder of how grateful she is tonight.

“First words out of his mouth were, 'Mom, I’m okay but my truck was hit. It was a hit-and-run,’” Stone explained to News 3 reporter Brian Hill.

According to Stone, that hit-and-run happened around 11 p.m. Wednesday on Winchester Avenue in Portsmouth.

This is near Airline Drive.

Some of the glass is still on the ground.

“His initial reaction: ‘I mean... they could have taken my legs off,’” she said.

“He was sitting in the vehicle with his legs out because he went in to grab his phone.”

Taking a look on the passenger side of the car, there is no damage from the hit-and-run. However, because of the damage to the front driver's side door, Stone said the car is likely totaled.

Based on the damage to her son's car, she believe the driver’s truck will be hard to miss.

“It’s gotta have significant damage to the front right side of it because it’s no way that truck is driving around without a scratch,” she said.

The driver’s truck was last seen turning on Hanover Avenue.

“It was a light color, probably like a beige or champagne white, Silverado; slightly lifted - pulling a trailer, a wooden trailer behind it,” Stone described.

If you may have seen that truck, call Portsmouth Police.