There’s an emu on the loose in North Carolina, and nobody’s been quick enough to catch it 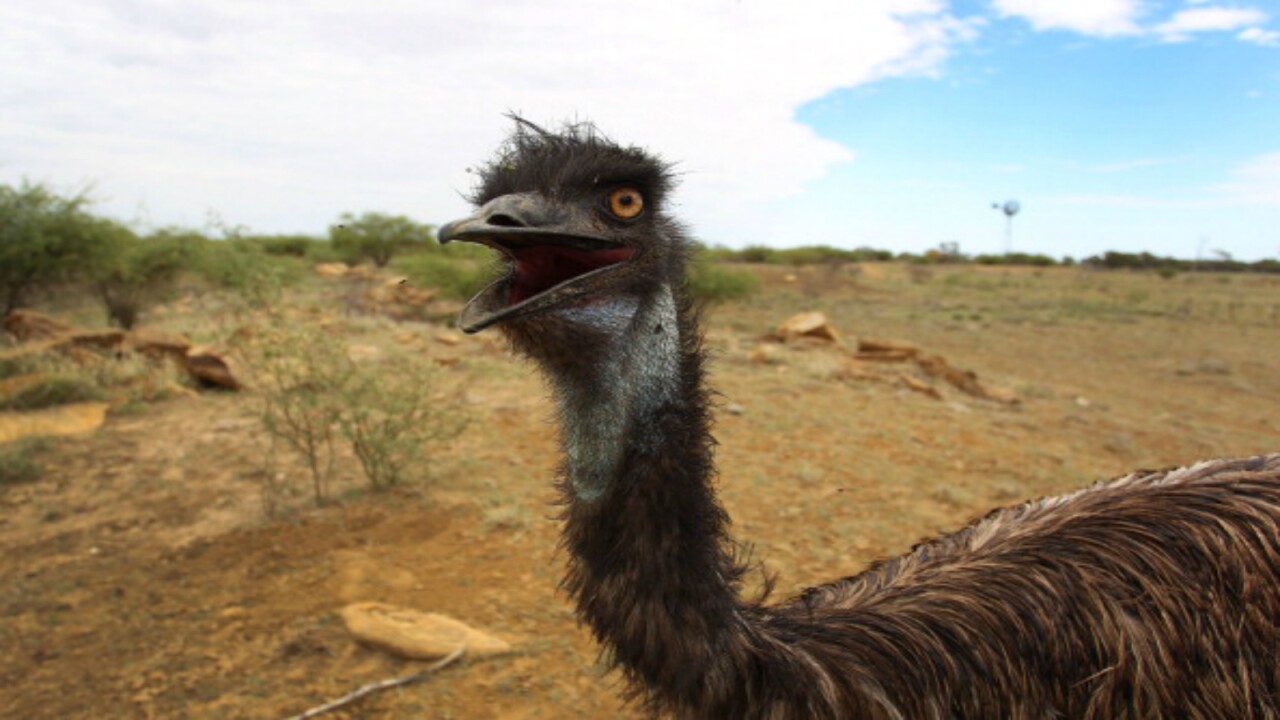 The skittish bird looks like a creature out of prehistoric times, but it’s popping up now in people’s front yards in central North Carolina.

An emu that Orange County workers have dubbed Eno has been on the lam for at least five weeks, traveling back and forth between Orange and Chatham counties. But the feathery oddball is so quick that nobody’s been able to catch it.

Orange County Animal Services first got calls about an emu on the loose at the end of June, but every time it sends out staff to find the bird — which can run up to 30 miles an hour — it’s already fled the scene, spokeswoman Tenille Fox said.

Eno was last spotted Tuesday, meandering in a pasture near the town of Hillsborough. But by the time officials made it there, the emu had fled.

The evasive bird had been seen two days earlier, crossing a well-traveled road. A car stopped to watch him (or her; officials can’t get a look long enough to determine the sex), and a spooked Eno jumped on the vehicle’s roof before sprinting away again.

The car owner didn’t report any damage, Fox said. According to the San Diego Zoo, emus typically weigh less than 120 pounds and stand between 5 and 6 feet tall, far smaller than their more menacing relatives, the ostrich and cassowary.

The department’s been plotting Eno’s path based on the handful of sightings, Fox said, and it appears that it’s traveling north. If workers manage to track it down in an area with natural barriers or fencing, they can direct it to run toward a trailer and lock it in.

“Getting him is the hard part,” she said.

Related: Animal Control on the lookout for exotic cat on the loose in Virginia Beach

The bird’s easily spooked, but spotters should keep their distance

Eno’s been too quick for officials to examine its condition, but it’s clear that the bird is stressed after at least five weeks on the run, Fox said.

Emus aren’t aggressive by nature, and this one has seemed especially fearful when spotted. But Fox warns that cornering or chasing the bird can trigger its defenses: sharp talons and a fierce jump.

“We’re not particularly saying (it’s) generally dangerous, but we do say to keep your distance,” she said.

How did a bird indigenous to Australia wind up in North Carolina? Emu farms are sparsely scattered across the state, where farmers turn their herds into meal and oil products. But no one’s come forward to claim the animal since its first sighting in June.

Fox said officials are hoping for a happy ending.

“This is not the first time we’ve had an animal evade us for a long period of time,” she said. “It’s just usually not an emu.”