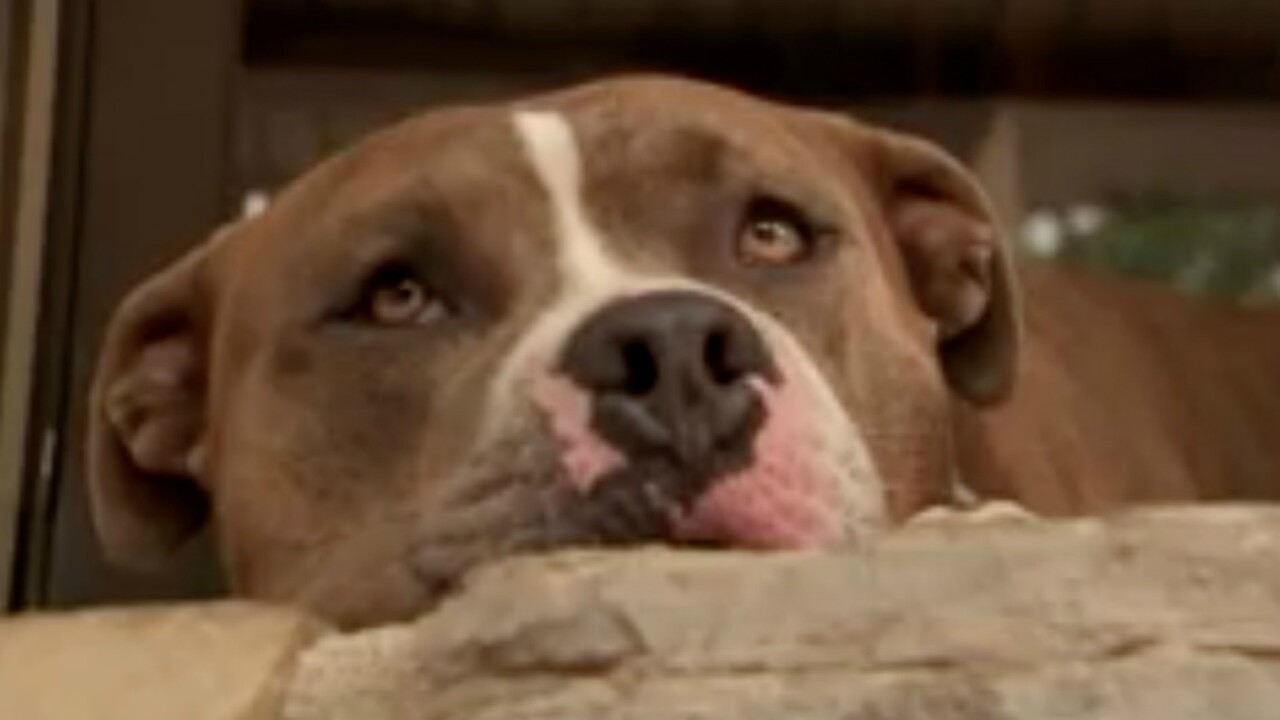 DAVIDSON Co., Tenn. (WTVF) — A pit bull killed a copperhead snake that was dangerously close to his owner.

Haley McCormack said it’s dark when she gets home from work; she didn’t see the snake lurking in a corner by the stairs leading to her door. Her dog, Arlo, did though, and he immediately jumped to defend her.

“It was in this leaf-like area over here, and it was recoiled back so it was going to strike, he got there before I could go any further, he grabbed it by the tail, and then just started kind of shaking it,” McCormack said, “While he was shaking it, it was biting his face, it got him three times for sure, possibly four.”

Arlo killed the snake, but he was seriously hurt. McCormack rushed him to BluePearl Pet Hospital in Nashville.

“His neck is super swollen,” McCormack said, “It made his eye almost completely swollen shut.”

Sometimes, copperhead bites can be fatal to pets. Bites can be more dangerous if the venom reaches their facial area. However, Arlo is a fighter and is expected to be okay.

“To think how much loyalty, and love he had for me, to risk his own life for mine, it’s really special. It makes me have more respect for him not just as a dog, but as a family member, somebody that protects me,” McCormack said.

Arlo is feeling much better after getting anti-venom, pain medication and CBD oil.

“We’re both lucky to have each other for sure,” McCormack said.

While McCormack was at the animal hospital, she said another dog came in with a snake bite too. According to Blue Pearl Veterinary Partners, they’ve treated more than a dozen snake bite cases this summer. Last year, they treated 17 snake bites cases in the Middle Tennessee area. McCormack hopes this serves as a warning to pet owners. Copperhead venom is rarely deadly to humans, but it can be fatal to small animals.

Copperheads mate in the spring, and usually give birth around the late summer or fall.