Don’t touch any pig ear treats or feed them to your dog, the FDA and CDC say 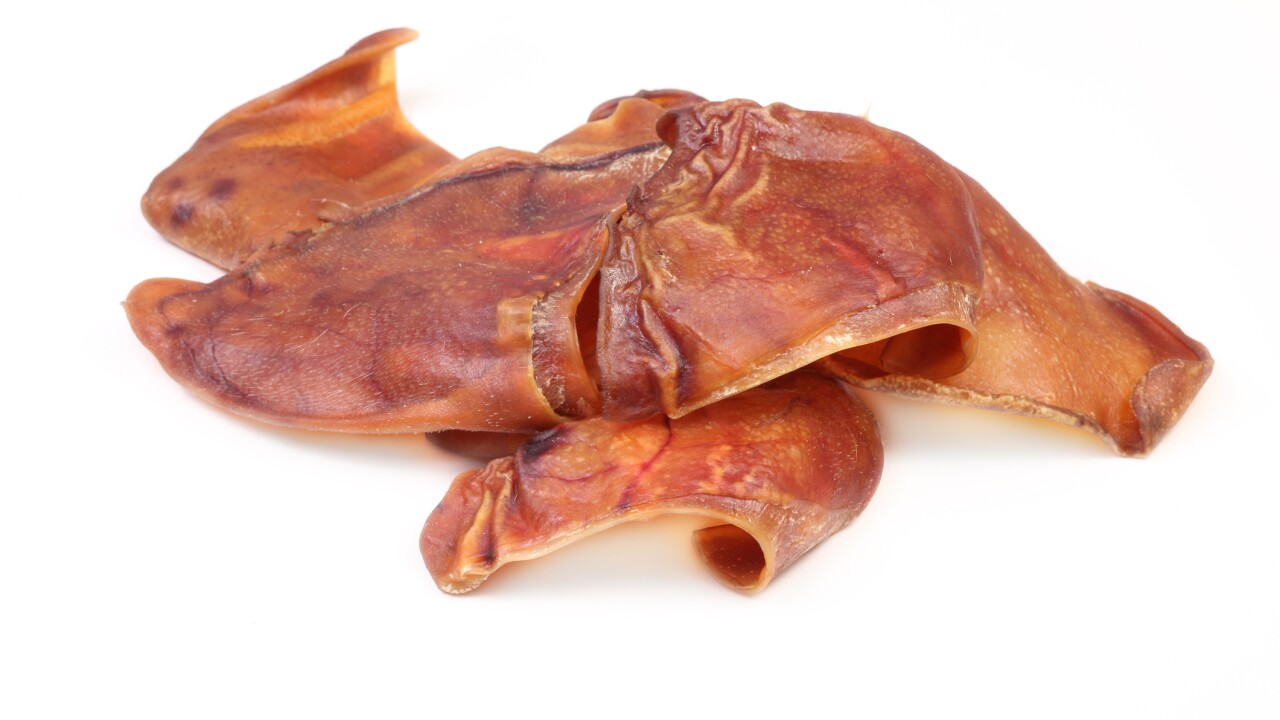 Pile of pig ears for dogs.

Dog owners, if you’ve been waiting to give up your pet’s pig ears, the US Centers for Disease Control and Prevention advises that now is the time. A warning about a multistate salmonella outbreak tied to the treats has been updated to include all pig ear products.

“A total of 127 people infected with the outbreak strains of Salmonella have been reported from 33 states,” the CDC said in its update Wednesday.

Twenty-six people have been hospitalized, and 24 of the illnesses have been in children younger than 5. No deaths have been reported.

Animals and their humans can get sick from simply handling these treats or caring for a dog who has eaten one.

Symptoms of salmonella infection in humans include diarrhea, fever and stomach cramps. It may be harder to identify the infection in a dog, but look for diarrhea, which may be bloody; sluggish or tired behavior; and possible vomiting or fever.

The CDC recommends that adults and children wash their hands after playing with or feeding their pet. Owners should discourage their pets from licking humans’ faces after they eat or from licking open wounds. Pet food should also be stored away from human food to avoid any contamination.

The CDC and the US Food and Drug Administration are also advising retailers not to sell pig ear treats.

Companies have recalled pig ear products because of possible contamination.

“No single supplier, distributor or common brand of pig ear treats has been identified that could account for all the illnesses. More products could be recalled as testing identifies Salmonella,” the CDC said.