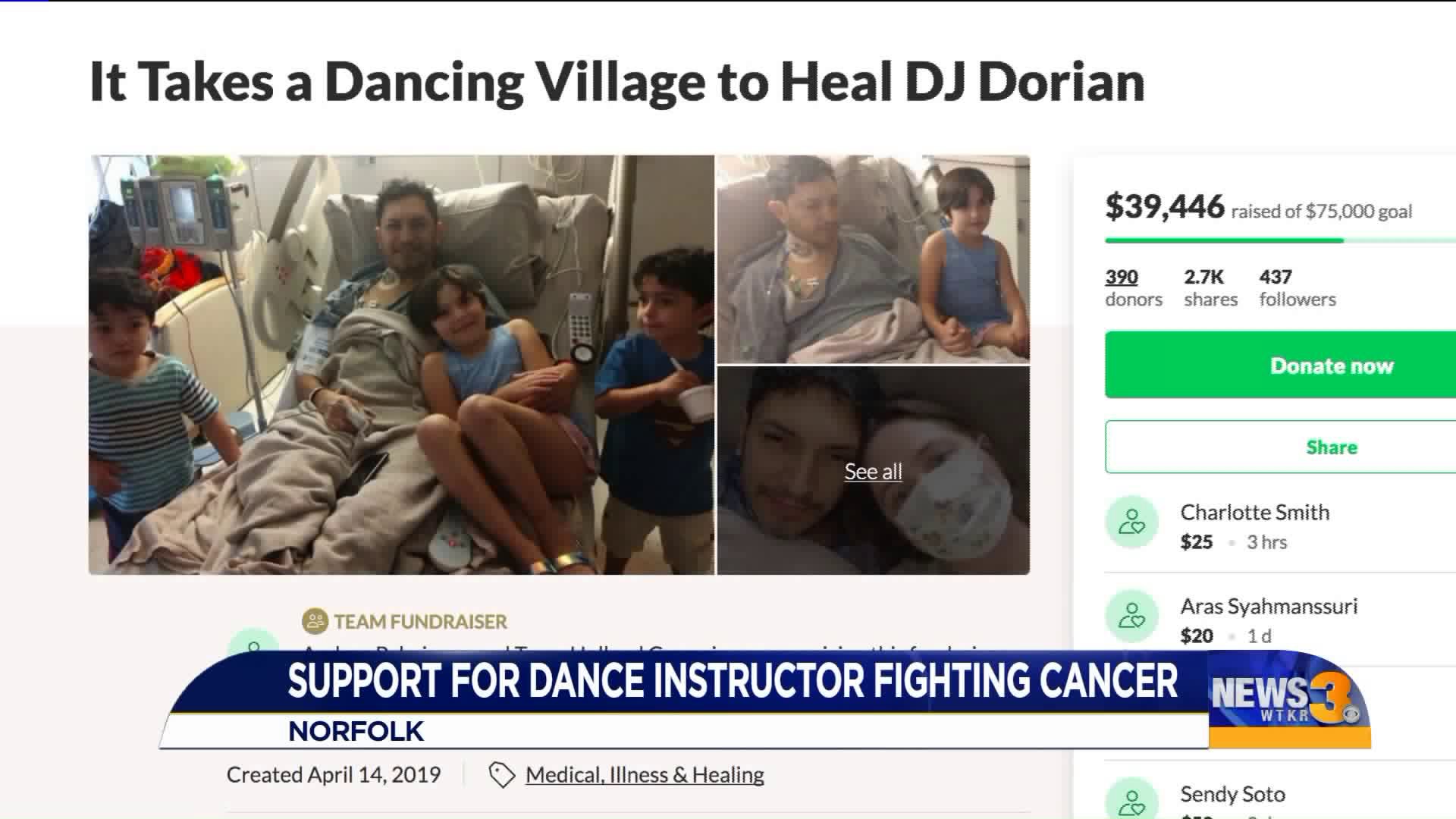 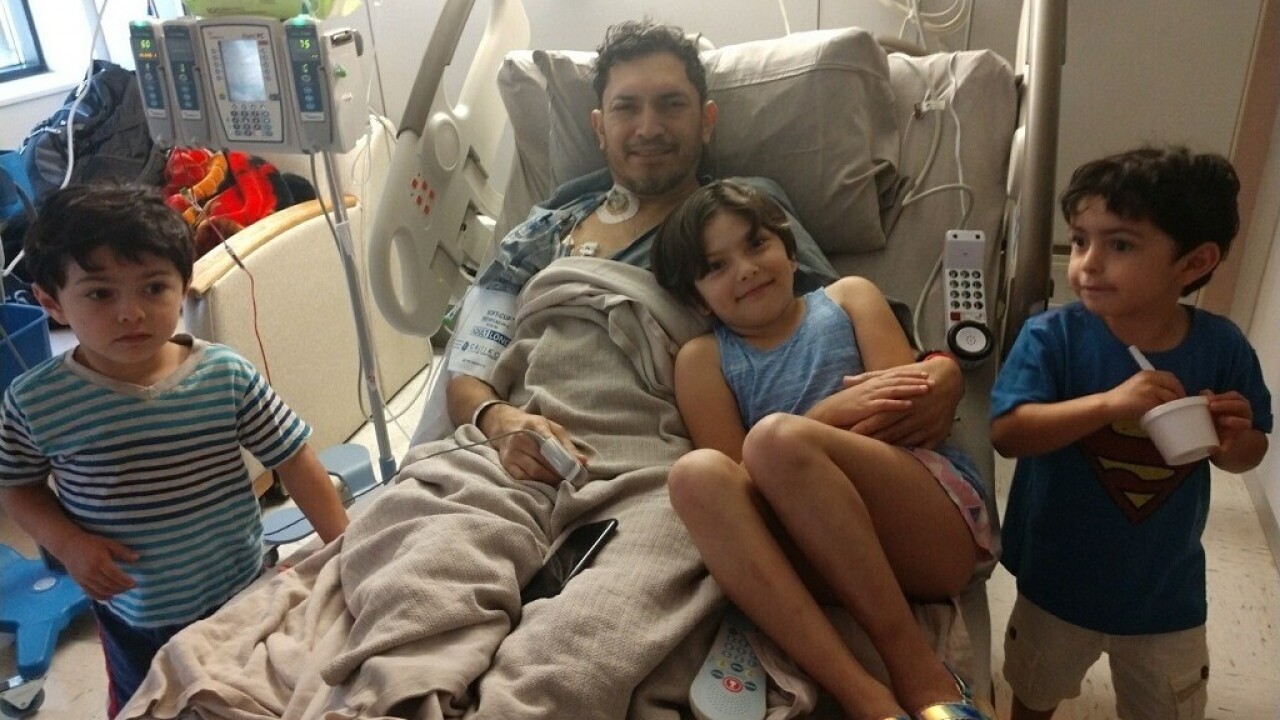 At the Mambo Room in Ghent, you can find him teaching dance classes, but he's also known to use his skills to take the stage and compete.

Dorian Gramajo and his kids

Dorian's wife, Tracy, says in March he began experiencing back pain. What they thought was just an injury from dancing turned out to be the cancer.

Tracy says the cancer quickly took over his body.

"It’s been life changing for us very quickly," Tracy explained. "He has had internal bleeding and external bleeding, just been through the ringer in the hospital. He has had transfusions and dialysis and all kinds of crazy stuff that you never would have imagined he have to go through."

Right now, the couple is at Duke University Hospital in North Carolina. They arrived there early Thursday morning from Richmond.

As doctors work on his next step of treatment, the community is rallying behind him and his family.

"He is really touched; he gets really emotional about it. It's definitely something that is helping him pull through this," explained Tracy through Skype Thursday. "He has had so much support all up and down the east coast."

Some of that support has been shown through the GoFundMe page set up for the family. In a matter of months, hundreds of people have donated nearly $40,000.

While each dollar helps the family financially, what Dorian really needs is a bone marrow donor. So far, no one in the Be the Match database is a match for him.

Dorian and Tracy have been encouraging people to register - not only to see if they can help him, but because they can also help other people who need a donor.

"It's very important for everyone to register for this," said Tracy. "I encourage everyone to get on the registry and help someone."