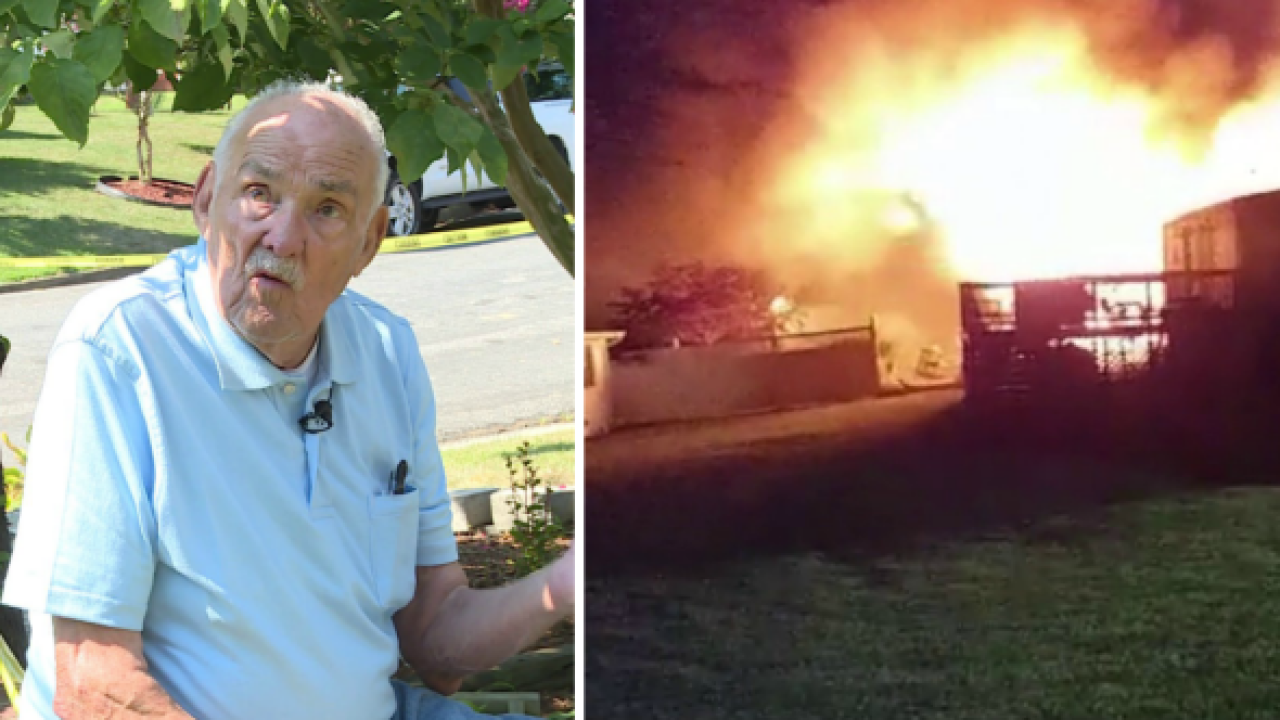 RICHMOND, Va. — An elderly Colonial Heights couple is crediting their dog for waking them up, and a neighbor for getting them out of their burning home; a home they lived in for 56 years, according to CBS 6.

Now they say they have lost everything, and their dog is missing.

William “Bud” Worrell Jr says Pixie. their family dog, alerted them there was a problem.

“My wife heard the dog barking, and hollered and said my house is on fire,” Worrell said. “The fire came through the window, went up the wall and across the ceiling.”

Investigators say the fire started on the outside of the home Sunday night. Worrell says it went up to the home’s walls and rose up to the ceiling.

Neighbors who noticed the flames banged on the Worell’s door desperately hoping to get their attention and alert them of the fire.

“I thought he’s gonna break my door down,” Worrell said.

Their neighbors eventually got inside the house and helped them escape. Worrell said he doesn’t know what he would have done without them.

“He came in and he got Mama, said you all have to get out, he took her, and brought her out through the dining room and out the door,” Worrell said. “I think he was great and to me, I thank the Lord for him.”

Bud’s wife tried to find Pixie before getting out, as did Bud.  The couple married 68 years have lost everything, but they still have each other and their faith.