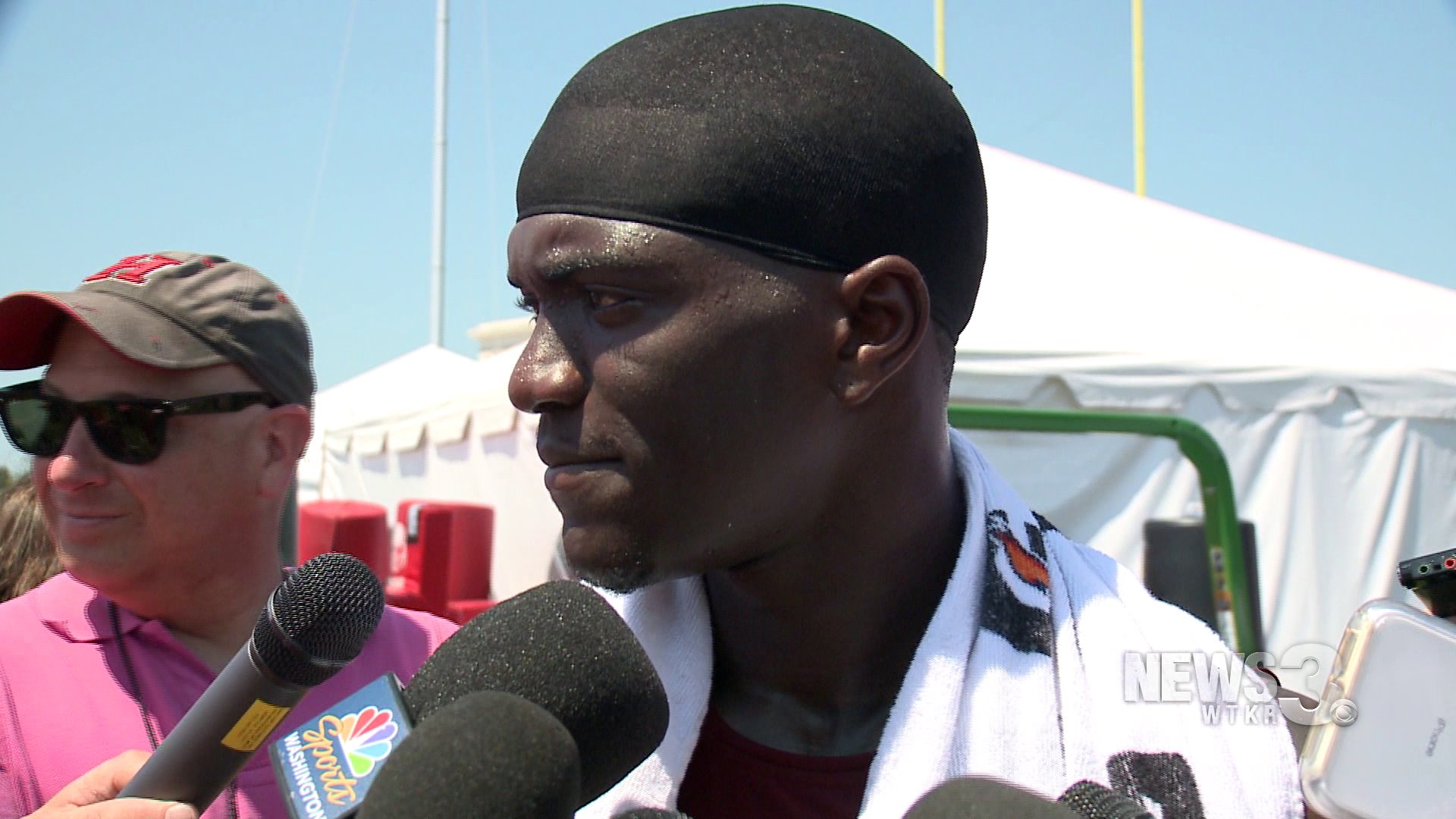 RICHMOND, Va. - Washington Redskins cornerback Jimmy Moreland didn't go to a Power 5 school and he's one of the smallest players on the field, but that hasn't stopped him from impressing early on in training camp.

"They didn't expect this out of me, you know, they probably didn't know what I was capable of doing," said Moreland, who was drafted in the seventh round of the 2019 draft out of James Madison University. "Prove them that I can be at this level with them, and then help them get better and become a great defense."

Josh Norman said Moreland is "looking special" and head coach Jay Gruden has praised his versatility, but the rookie's still new to the NFL and will need to impress the team with physicality.

"When it comes down to it, it’s all about tackling for these defensive players. We’ve got to make sure he can tackle," Gruden said. "He’s a great kid, very smart, very diligent, he's up early studying, stays late studying, he's going to be a good player for us."

"A lot of great players in this league not from big schools. Just gotta come in with the same work ethic and let them know that you got the same talent as him," Moreland said. "You made it here for a reason just like everybody else did. Just focus on bettering yourself every day. "