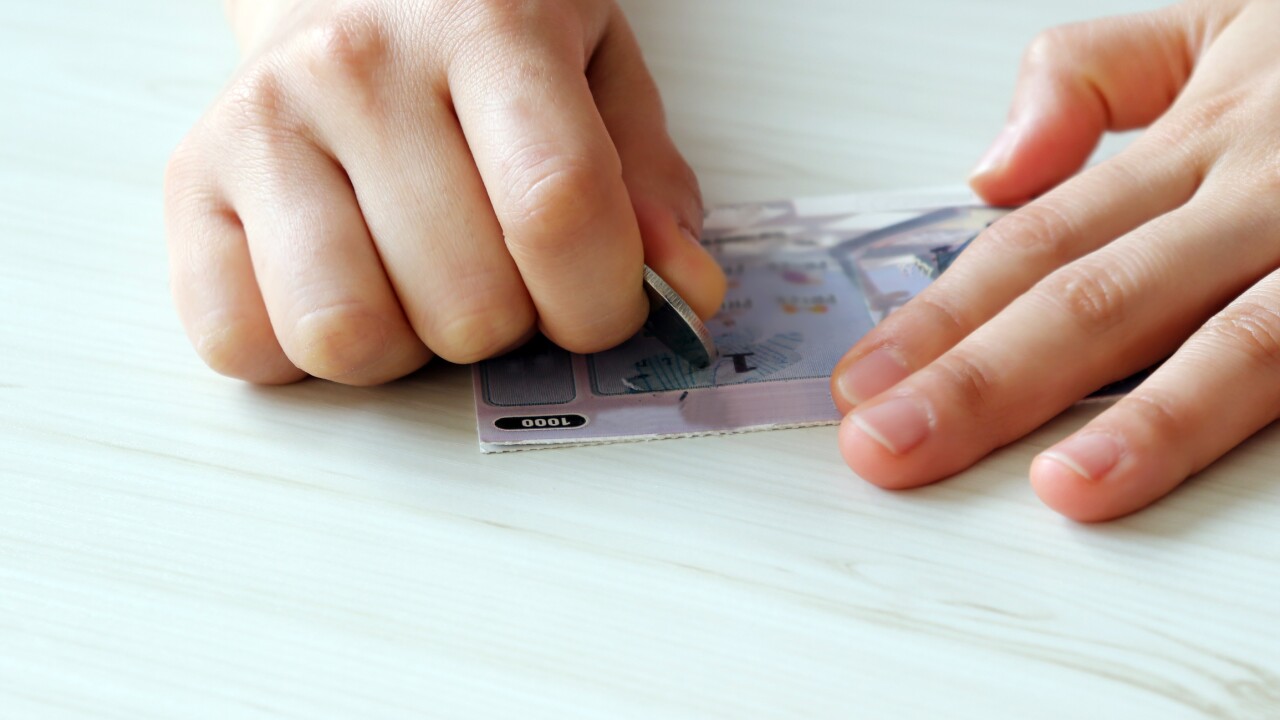 A hand scratching an instant lottery with coins.

CURRITUCK COUNTY, N.C. – Two men in the Outer Banks won a scratch-off lottery ticket that has them splitting a lump sum of $424,503.

Keith Powell and the husband of Denise Miller were the too that made off with the earnings after Powell bought the ticket at a Harris Teeter in the area and let the owner of the restaurant he works at scratch the ticket.

“We’ve been friends for 15 years,” Denise Schmitt said. “My husband and Keith have been playing the lottery together since they met back in Pennsylvania.”

According to the North Carolina Lottery Commission, the two men have collected their earning in Raleigh, North Carolina, choosing the lump sum over the 20 payments of $50,000 a year

“They couldn’t believe it when they saw how much they won,” Denise Schmitt said. “My husband came home to put the ticket in the safe and told me, ‘Guess what? We own half of a scratch-off ticket worth $1 million.’ I was like, ‘That’s great!’”

Ticket sales from games like Red Hot Million$ make it possible for the lottery to raise more than $650 million a year for education.

For more on the North Carolina Education Lottery, click here.