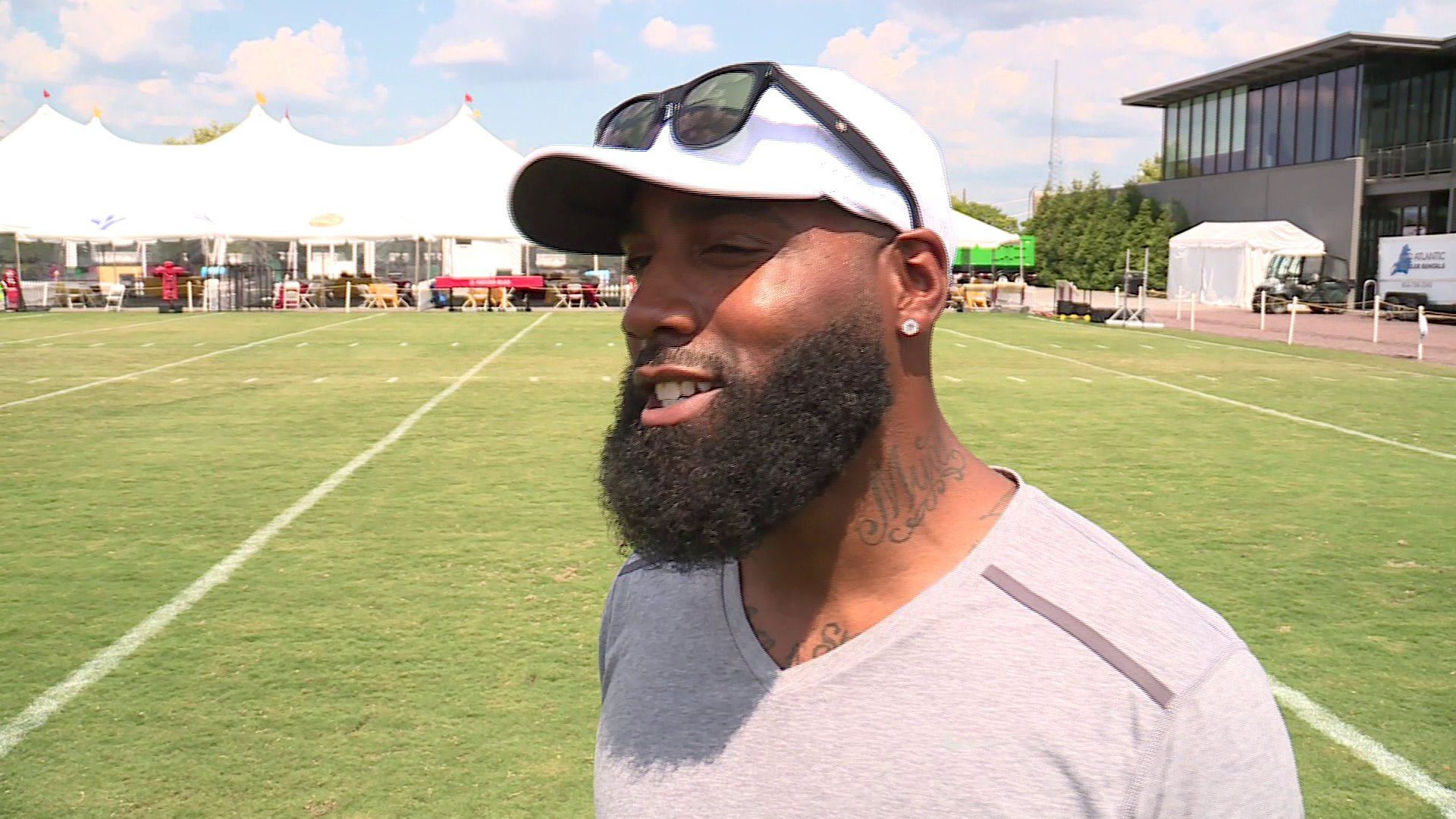 RICHMOND, Va. - 14-year NFL veteran DeAngelo Hall has reported to Redskins training camp, but not in the way that we're used to seeing.

DeAngelo Hall reacts to a play against the Buffalo Bills. (Photo by Matt Hazlett/Getty Images)

Hall, who retired from the league at last year's camp, is reporting from camp with the NFL Network instead of reporting to camp.

The former Pro Bowl defensive back talks about the Redskins' quarterback competition, the new view he has on the NFL since becoming part of the media and the status of the team.