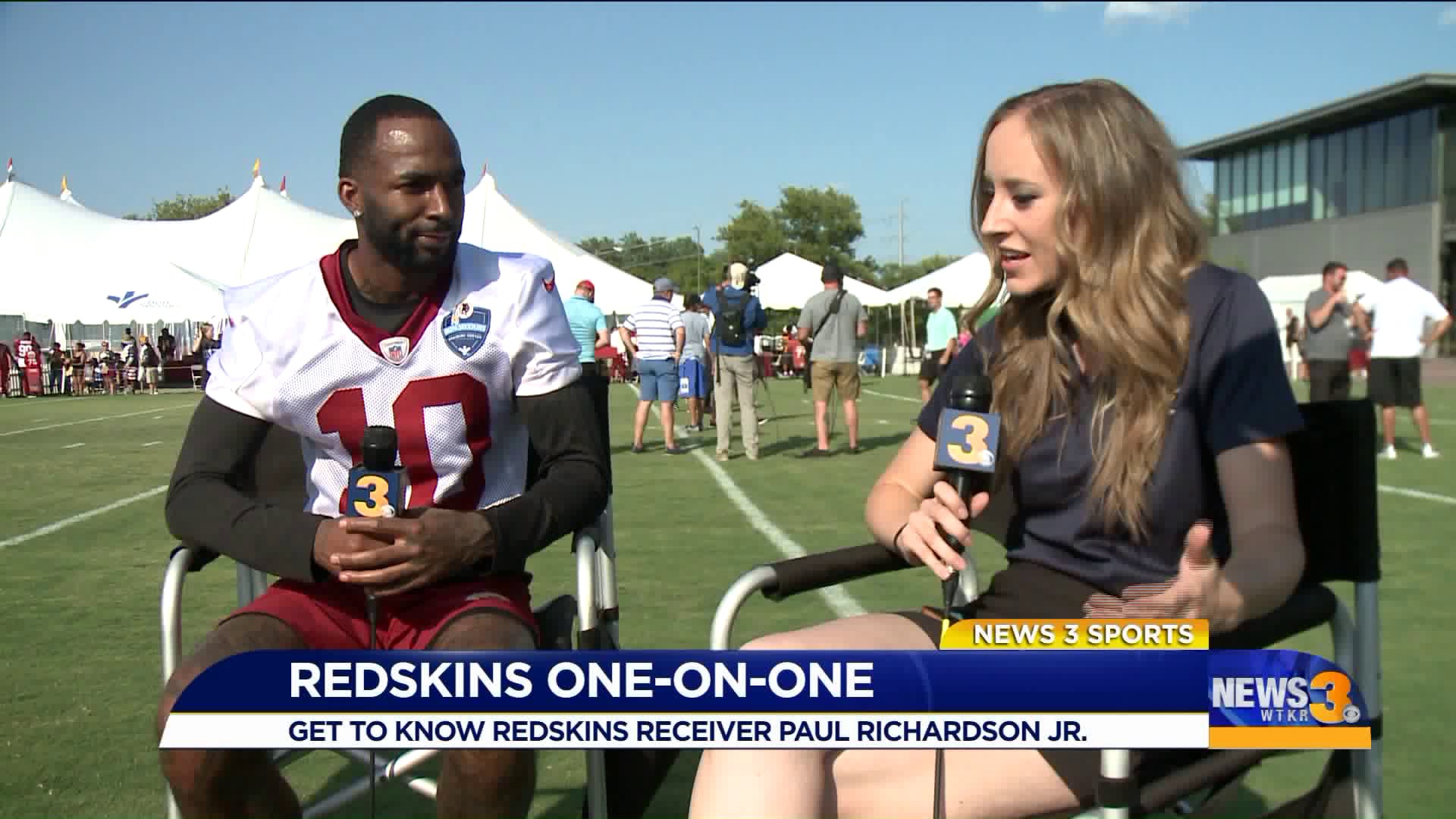 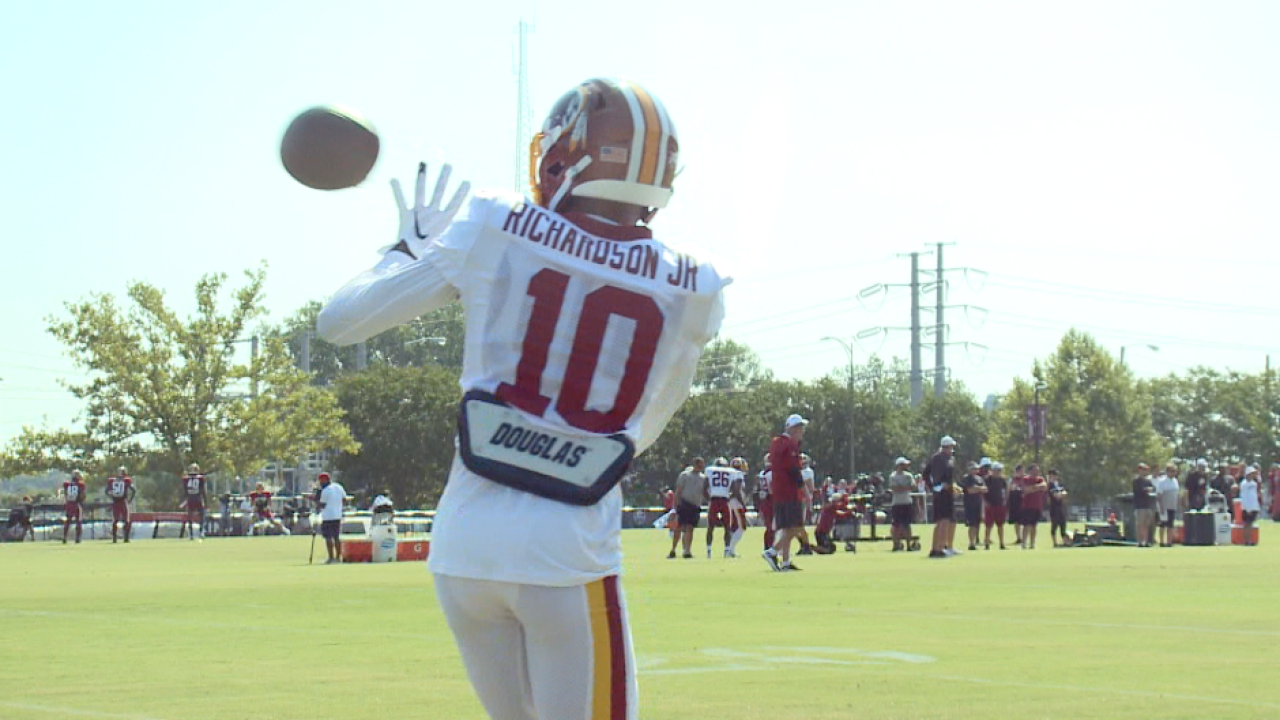 RICHMOND, Va. - Paul Richardson Jr. is a man of interesting taste, specifically when it comes to food.

The Redskins wide receiver's guilty pleasure is ketchup on tacos.

"I think it's the perfect addition,"Richardson said. "People use salsa, people use hot sauce, people use a lot of different things. You just need ketchup.

Richardson had plenty of time to enjoy that food combo last season once he was placed on the Injured/Reserve list after playing through a shoulder injury for much of the season.

"Jay and the rest of the staff, they brought me in to fill a role and do a job. I felt like I was in pain, but I would do as much as I can for as long as I could," Richardson said. "It started to get worse and I knew what I had to get done to my shoulder and we didn't want the recovery to roll over into next season, and I'd be hurt for two seasons."

Not that he's back on the field, he's getting familiar with each of the quarterbacks competing in the QB competition.

"Case [Keenum] I know where the ball's gonna be because I know how he goes through his progression now. I watched him play in the offseason and now I've been on the field with him. We have good timing.

"Colt [McCoy], I had him last year. I know what type of spin he has on the ball. I know he likes to throw the ball early and get the ball there on time.

"Then we have the young kid [Dwayne Haskins]. I watched him in OTAs. I know how he likes to watch the play develop and he has that arm strength to flick the ball out there and get it there right on time."