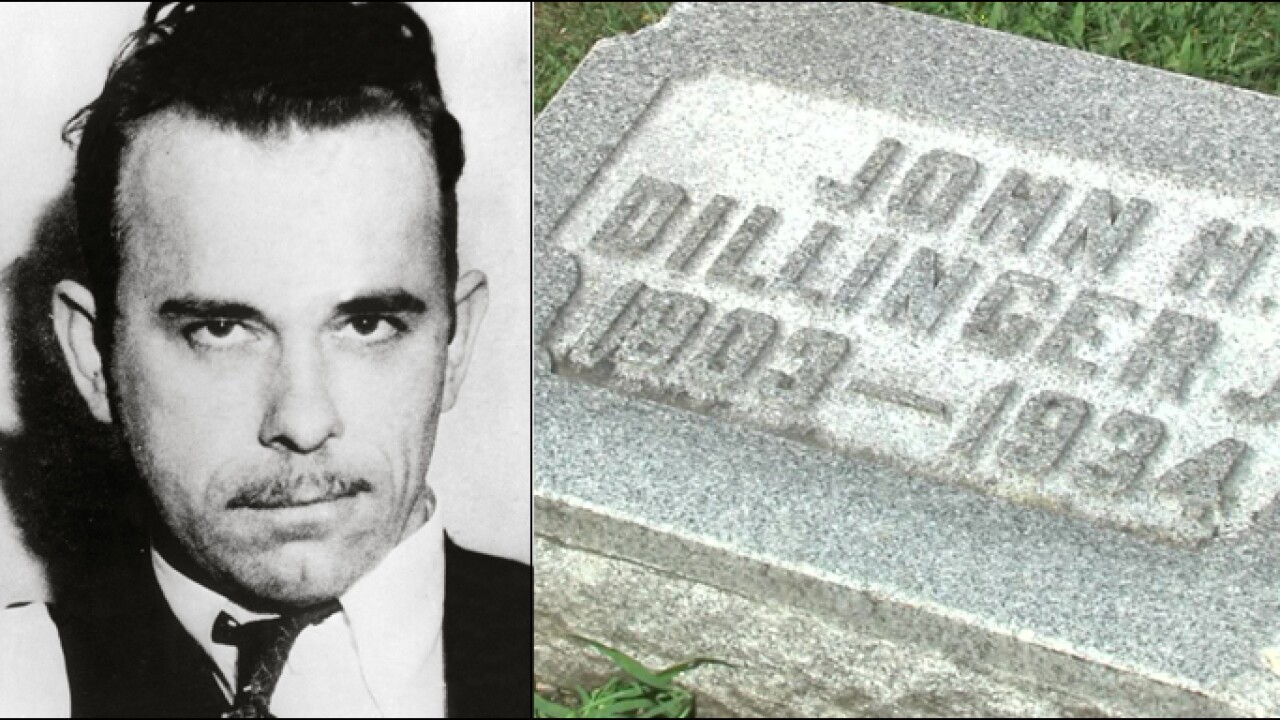 INDIANAPOLIS – The body of John Dillinger, a notorious American gangster who operated during the Great Depression, is set to be exhumed from its resting place in an Indiana cemetery.

On July 3, the Indiana State Department of Health approved an application submitted by Dillinger's nephew, Michael Thompson. Dillinger's body will be exhumed and reinterred by September 16 at Crown Hill Cemetery in Indianapolis, according to the permit.

Thompson's application did not specify a reason for the exhumation, and he did not respond to a request for comment.

Born in Indianapolis in 1903, Dillinger was a "notorious and vicious thief" who ran a gang that terrorized the Midwest from 1933 to 1934, the FBI says. The gang killed at least 10 people and staged violent robberies of banks and police arsenals and three jailbreaks, according to the FBI.

Dillinger was awaiting trial on murder charges when he escaped prison. He died July 22, 1934, in Chicago as he left a movie with his girlfriend and was apprehended by authorities. He was killed by FBI agents as he tried to reach for his pistol.