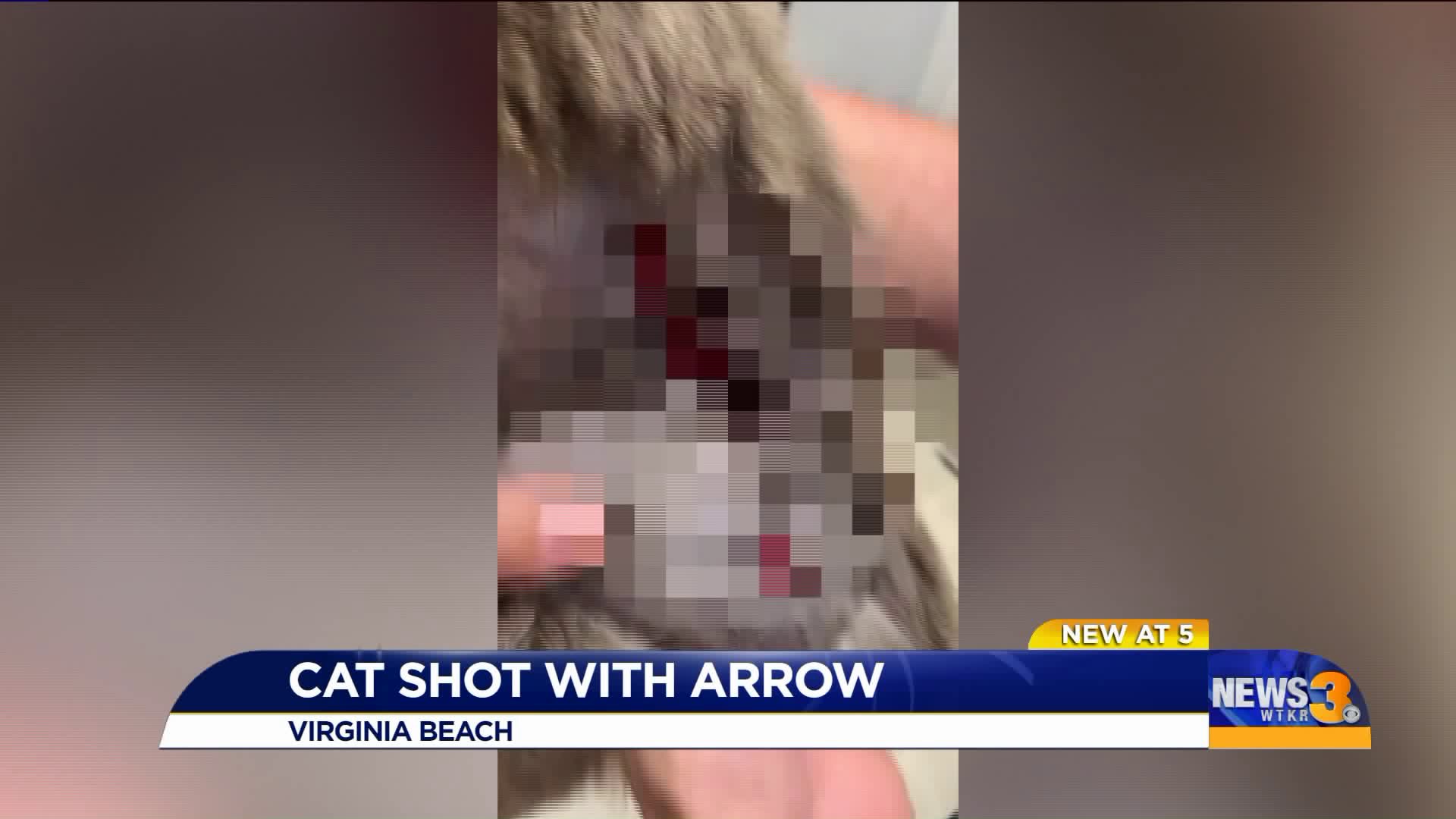 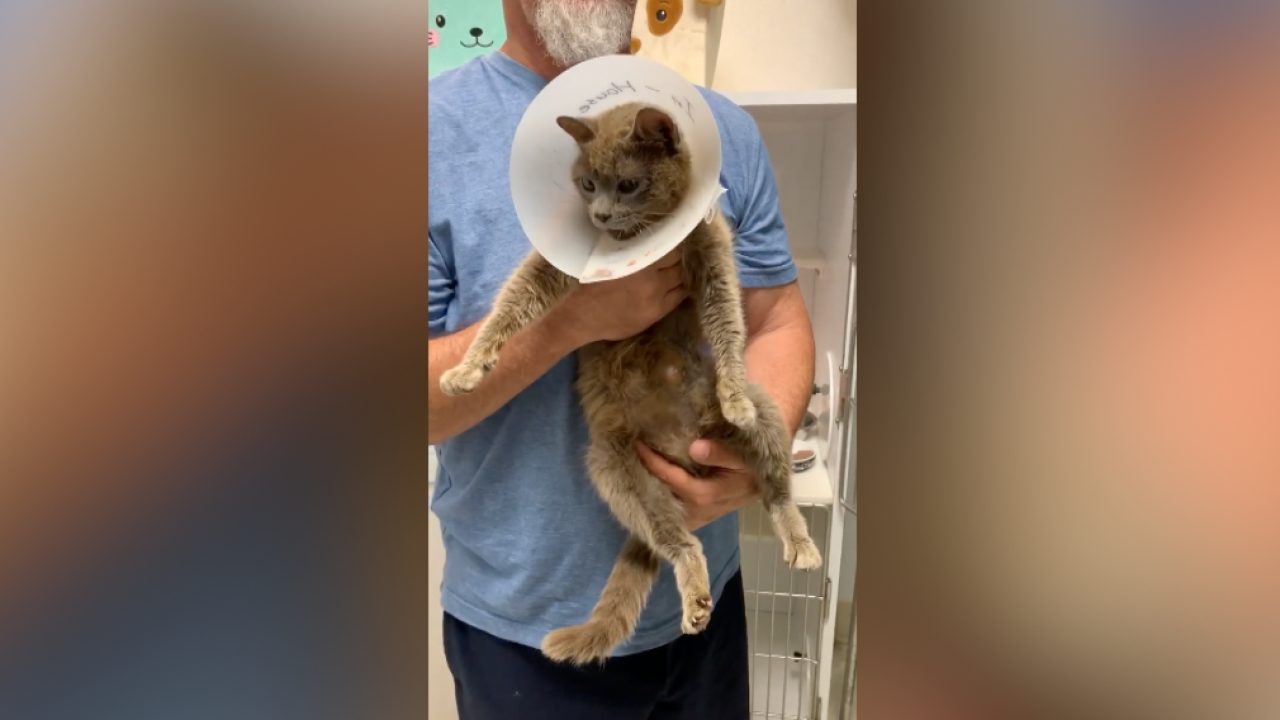 VIRGINIA BEACH, Va. – A cat shot with an arrow - it’s something staff at Hope for Life Rescue is calling one of their worst cases.

“It’s very hard to believe that people - calling ourselves human beings - could do something like that to an animal,” shelter Director and Founder Pauline Cushman explained.

The cat, Sheila, was found with a very serious injury.

“Her wound is so deep you can see the muscles. It’s so bad. It’s hard to believe that a cat could even be alive in that condition,” Cushman told News 3 reporter Brian Hill.

Staff captured cellphone video over the weekend after saving her.

“The vet that did the assessment on her felt like based on the wound and the openings of the wounds, that she was hit by an arrow and that the arrow made an entrance and came out - slashed her whole body open on the side,” Cushman said.

Believed to be a stray, someone found Sheila in North Carolina.

She was rushed to vet there before hope for life took action.

“Our transporters jumped on it right away, drove down to North Carolina, picked up Sheila and brought her back. We had already made a vet appointment for today, thinking that she could get through the weekend on pain medication,” said Cushman.

But, she couldn’t wait out the weekend. She was taken to the vet as soon as she arrived in Virginia Beach.

Staff told us Sheila is having surgery Monday at a local veterinary hospital. They hope to have her back here in a few days. She will then go into temporary isolation.

After she recovers, Sheila will enter the "cat heaven" until she finds a forever home.

“We take a lot of seriously bad cases - really bad cases - that no one else can or will take. Some of the animals that come in here, we cry with because they are in such bad shape,” Cushman mentioned.

There is no word on who left Sheila clinging to life.