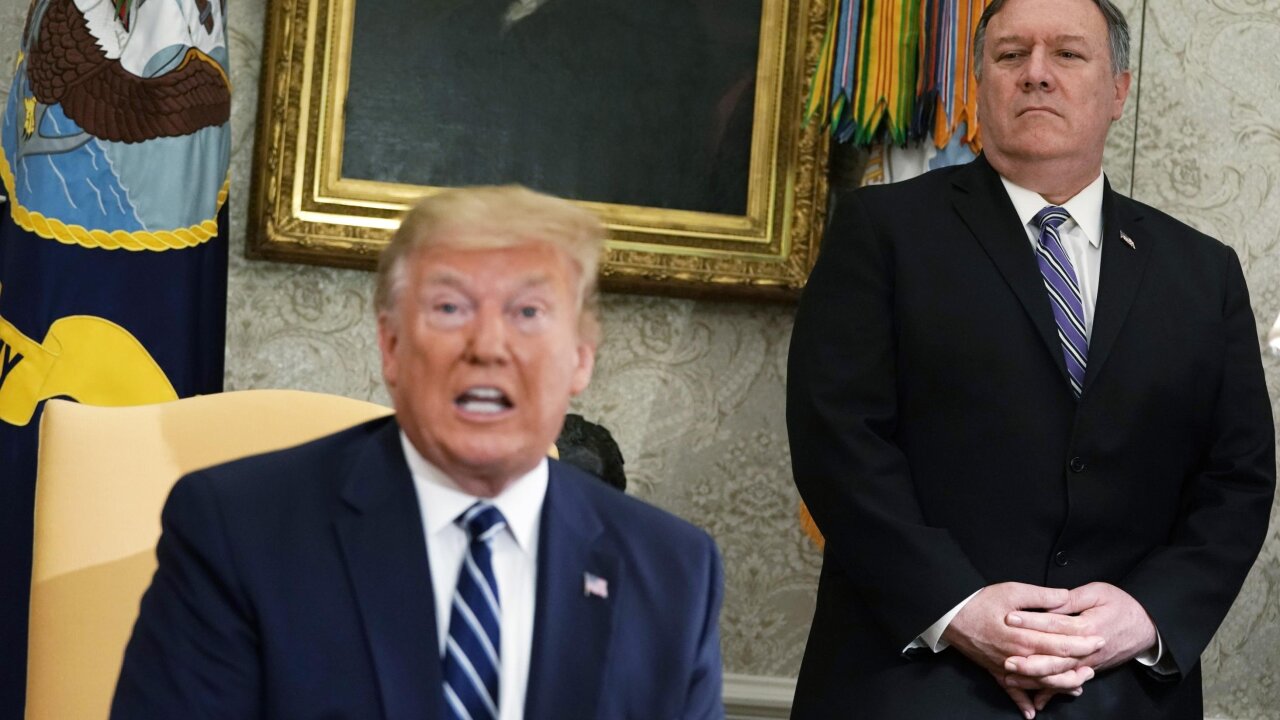 Secretary of State Mike Pompeo said that President Donald Trump wants a reduction in American troop levels in Afghanistan before the 2020 election, the US military announced that two US service members had been killed in that country.

Just hours after Secretary of State Mike Pompeo said that President Donald Trump wants a reduction in American troop levels in Afghanistan before the 2020 election, the US military announced that two US service members had been killed in that country on Monday.

Secretary of State Mike Pompeo said that President Donald Trump wants a reduction in American troop levels in Afghanistan before the 2020 election, the US military announced that two US service members had been killed in that country.

The US military did not provide additional details about the deaths and the names of the service members were withheld so that next of kin could be notified. Kandahar police told CNN that an Afghan solider opened fire on the service members. A Taliban spokesman, Qari Yousof Ahmadi, also confirmed the incident in a media message Monday, saying the Afghan soldier was wounded after the exchange of fire. The American service members are the fourth and fifth to be killed in Afghanistan in a little over a month.

In remarks at the Economic Club of Washington, DC, earlier in the day, Pompeo said that Trump had “been unambiguous” in his directive: “end the endless wars, draw down, reduce. It won’t just be us.”

Pompeo has repeatedly stated that reducing US troop levels would be conditions-based, but has typically shied away from discussions around timing for a withdrawal.

“I’d love to get to a place where I felt like we had enough counterterrorism posture still in the region and in the country that we could substantially reduce the number of soldiers and sailors and airmen and Marines that are at risk there every day,” he said in an interview with Fox News last week, noting that US and NATO forces would be “leaving together.”

Pompeo’s comments came a day after a deadly attack in Kabul, which left at least 20 people dead and 50 wounded.

In a June visit to Afghanistan’s capital city, Pompeo said that the US had made it clear to the Taliban that they were “prepared to remove our forces,” but had not yet agreed on a timeline. Pompeo and US special envoy Zalmay Khalilzad, the top US official in negotiations with the Taliban, have stressed that all four conditions — counterterrorism assurances, troop withdrawal, participation in intra-Afghan dialogue & negotiations, and a permanent ceasefire — must be met for a comprehensive peace agreement.

During his Kabul visit, Pompeo voiced optimism that a peace deal could be reached by September 1, but said last week “these things have a way of slipping days and weeks.” On Monday, he said there had been “real progress” in negotiations. Khalilzad was still in Afghanistan on Monday after more than a week of meetings.

“We think there’s a path to reduce violence, achieve reconciliation and still make sure that the American counterterrorism effort in Afghanistan has a value and the potential to reduce risk here in the states,” he said.

In discussing a troop withdrawal, the secretary of state noted that the US wanted to reduce the “tens of billions of dollars a year in expenditures and enormous risk to your kids and your grandkids who are fighting for America.” Pompeo also said that achieving the President’s directive “would be job enhancing.”

Trump has publicly voiced his desire to bring an end to the US presence in the 18-year conflict. He recently stirred outrage by suggesting that he could bring a swift end to the war by obliterating the nation.

In a meeting in Kabul between the US special representative for Afghanistan reconciliation, Zalmay Khalilzad, and Afghan President Ashraf Ghani, Afghan officials said Trump’s comments were “unacceptable.”