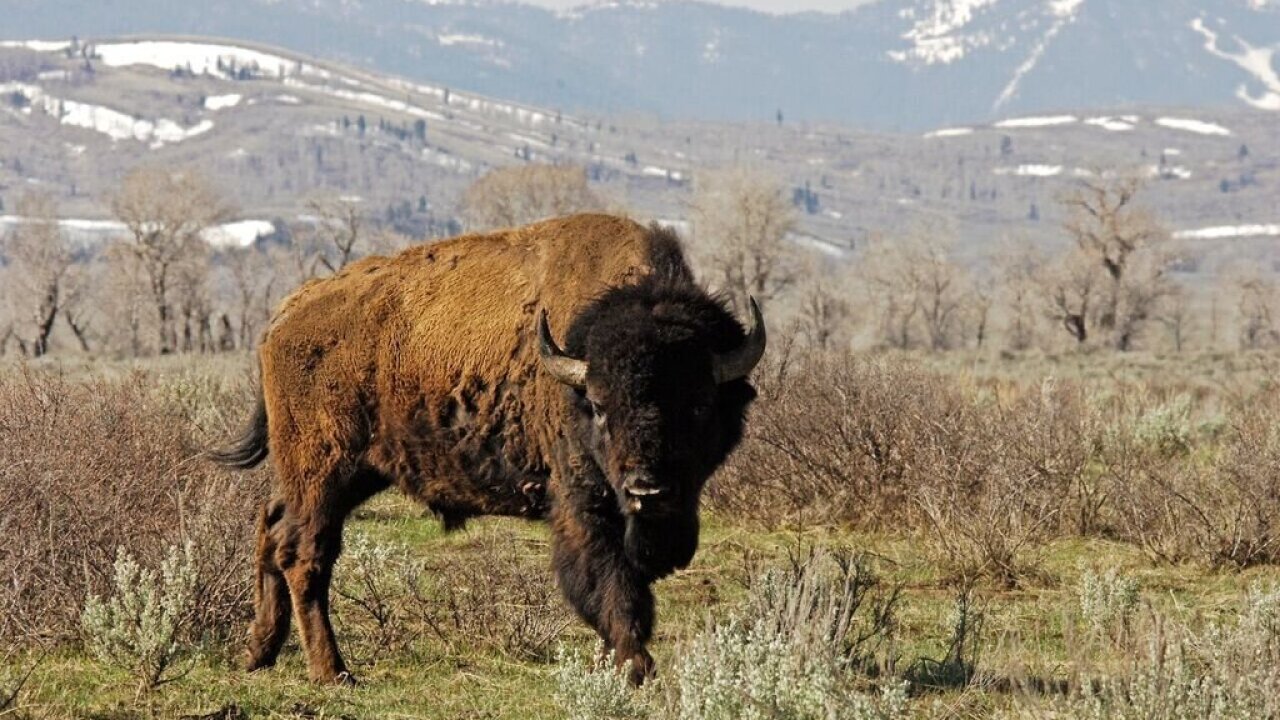 A 17-year-old from Colorado was gored by a bison Saturday at Theodore Roosevelt National Park in North Dakota, officials said

A 17-year-old from Colorado was gored by a bison Saturday at Theodore Roosevelt National Park in North Dakota, officials said.

The teen was stabbed in the thigh and is in stable condition, park officials said Monday, declining to name the youth.

A 17-year-old from Colorado was gored by a bison Saturday at Theodore Roosevelt National Park in North Dakota, officials said

The visitor was walking along a trail in the park near a herd of bison; two bison had sparred earlier and stood on either side of the trail.

One of the bulls charged the teen from behind, goring them in the back of the right thigh and tossing them 6 feet into the air, officials said.

The teen was airlifted to a hospital in Bismarck.

Related: A 9-year-old girl was injured after a bison in Yellowstone charged her

“Park staff would like to remind visitors that bison are large, powerful and wild,” officials said. “They can turn quickly and easily outrun humans.”

It’s the second time a bison has charged a visitor in a national park this month. On July 22, a bison threw a 9-year-old girl several feet into the air at Yellowstone. The girl was taken to an onsite clinic and released, park officials said.

Officials remind park visitors to stay at least 25 feet from the mammals, which can charge at up to 35 mph.