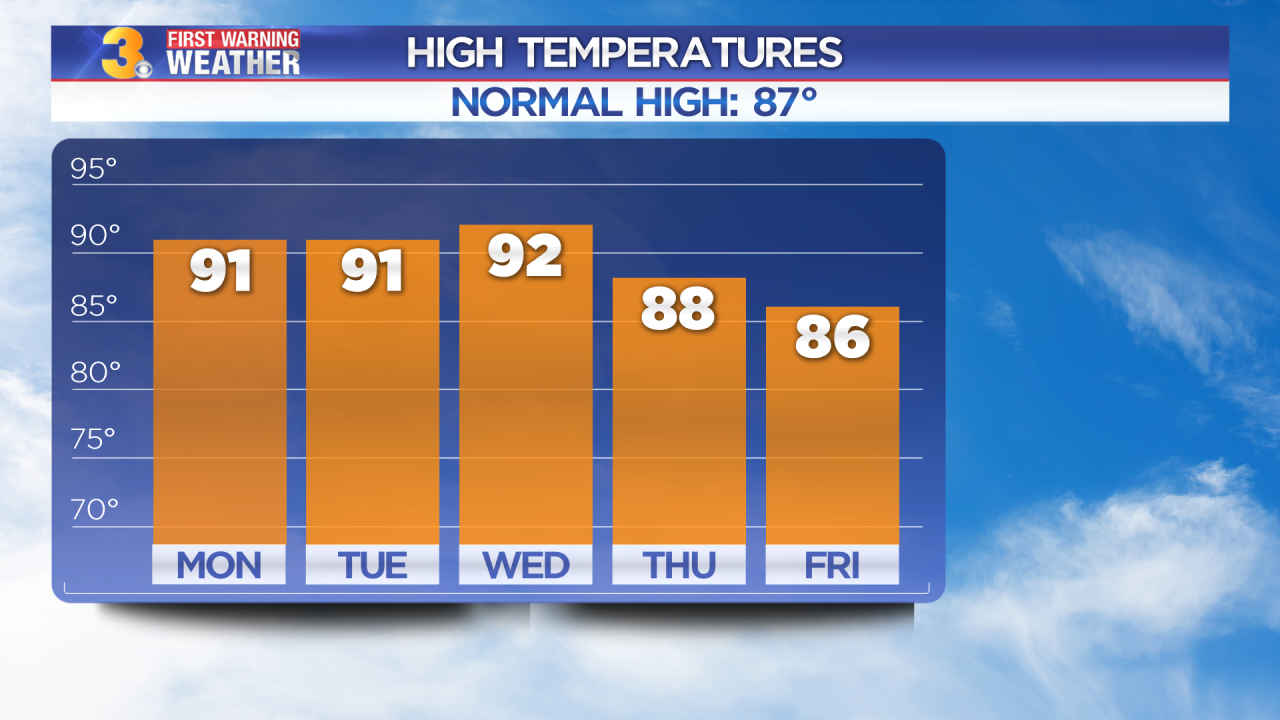 A sunny but hot start to the week… Expect mostly sunny skies today with a few extra clouds building in this afternoon. A stray shower is possible, but most areas will stay dry. Highs will return to near 90 this afternoon, a few degrees above normal for this time of year. Dew point values will be in the mid 60s today so the humidity will be noticeable but not extreme. Afternoon heat index values will reach the mid 90s.

Tomorrow will look and feel a lot like today. Expect mostly sunny skies with a few afternoon clouds. Highs will return to the low 90s with afternoon heat index values in the mid 90s.

Wednesday will be hot and humid with highs in the low 90s and afternoon heat index values in the upper 90s. We will see mostly sunny to partly cloudy skies with an isolated shower or storm possible.

We are watching an area of showers and thunderstorms from the eastern Caribbean Sea to just north of the Leeward Islands. This disturbance is expected to move WNW to NW across the north-central Caribbean Sea during the next few days, producing locally heavy rainfall and possibly some flooding across portions of the Lesser Antilles, Puerto Rico, and Hispaniola. Little development is likely during this time as upper-level winds are forecast to become less conducive. The system is forecast to move near or over the Straits of Florida and the Bahamas by the end of the week, where environmental conditions could be a little more conducive for development.