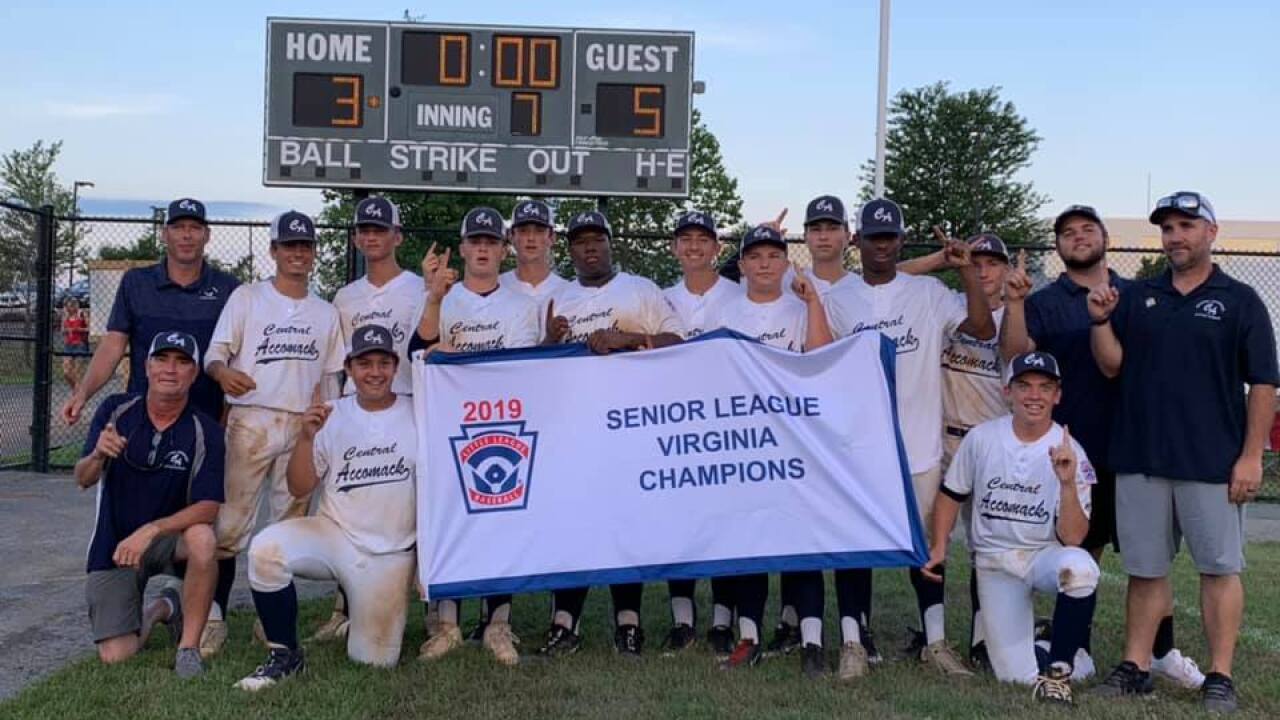 EASLEY, S.C. – From the shores of Virginia, the Central Accomack Little League Senior League Boys All-Star team is representing their community against the world.

The team consisting of 13 to 16-year-old boys from Onancock, Virginia, has been in Easley, South Carolina, since Saturday for the 2019 Senior League Baseball World Series.

As the Southeast Region team, it is one of 12 teams – six teams from the United States and six teams that are from around the globe – participating in the tournament.

Central Accomack made it to the tournament after going 3-2 in Southeast Region play, finishing with a win against South Carolina 12-11 that went into extra innings.

The 12 players of Central Accomack team already started play in the tournament, dropping its first game against the West Region team from Wailuku, Hawaii, 4-12.

Central Accomack will play again on Monday at 4 p.m. against the East Region team in the loser’s bracket of the tournament.

The tournament is run through the nonprofit organization Little League Baseball.

Learn more about the team here.

Download the News 3 App for updates on local and national sports.