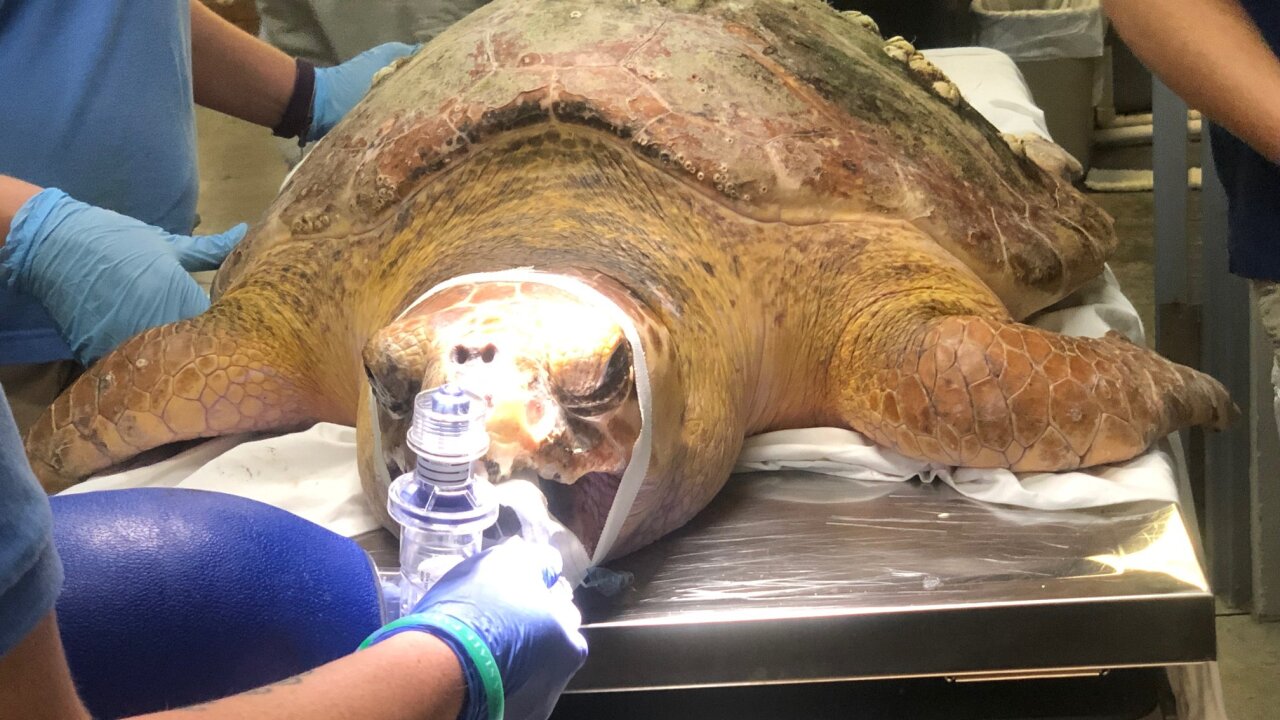 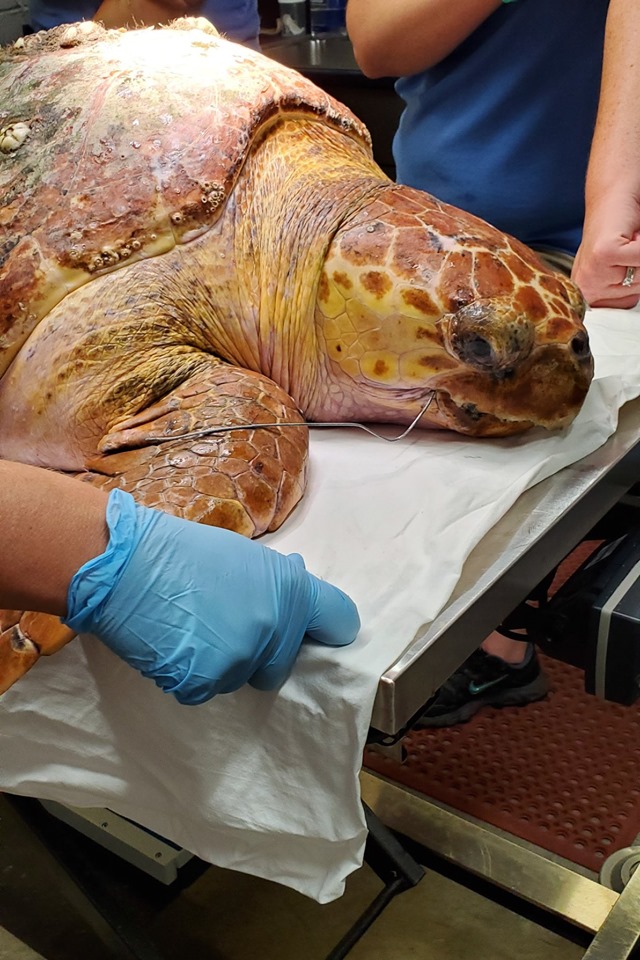 MANTEO, N.C. – A 103 pound loggerhead was brought to the North Carolina Aquarium STAR center after it was hooked off a fishing pier on July 21.

In addition to the large hook in its throat, the turtle had a stingray barb lodged in the roof of its mouth, according to the Aquarium Facebook post.

The hook was far down the turtle’s throat, and the barb, which was deeply embedded in a sensitive area, created an additional obstacle for removal. It was determined that surgery was required to remove both, and NC Aquariums veterinarian Dr. Emily Christiansen arrived the following day.

A radiograph image was taken to see the hook’s exact location and after reviewing the scan, it was revealed there were actually two hooks in the turtle’s throat.

The newly-discovered hook was from a previous encounter because it was deeply embedded in the esophagus.

Surgical removal of the two hooks and stingray barb was successful, according to the STAR center. The turtle remains in the Aquarium’s care and their veterinary team is hopeful that it will fully recover and be released in the future.