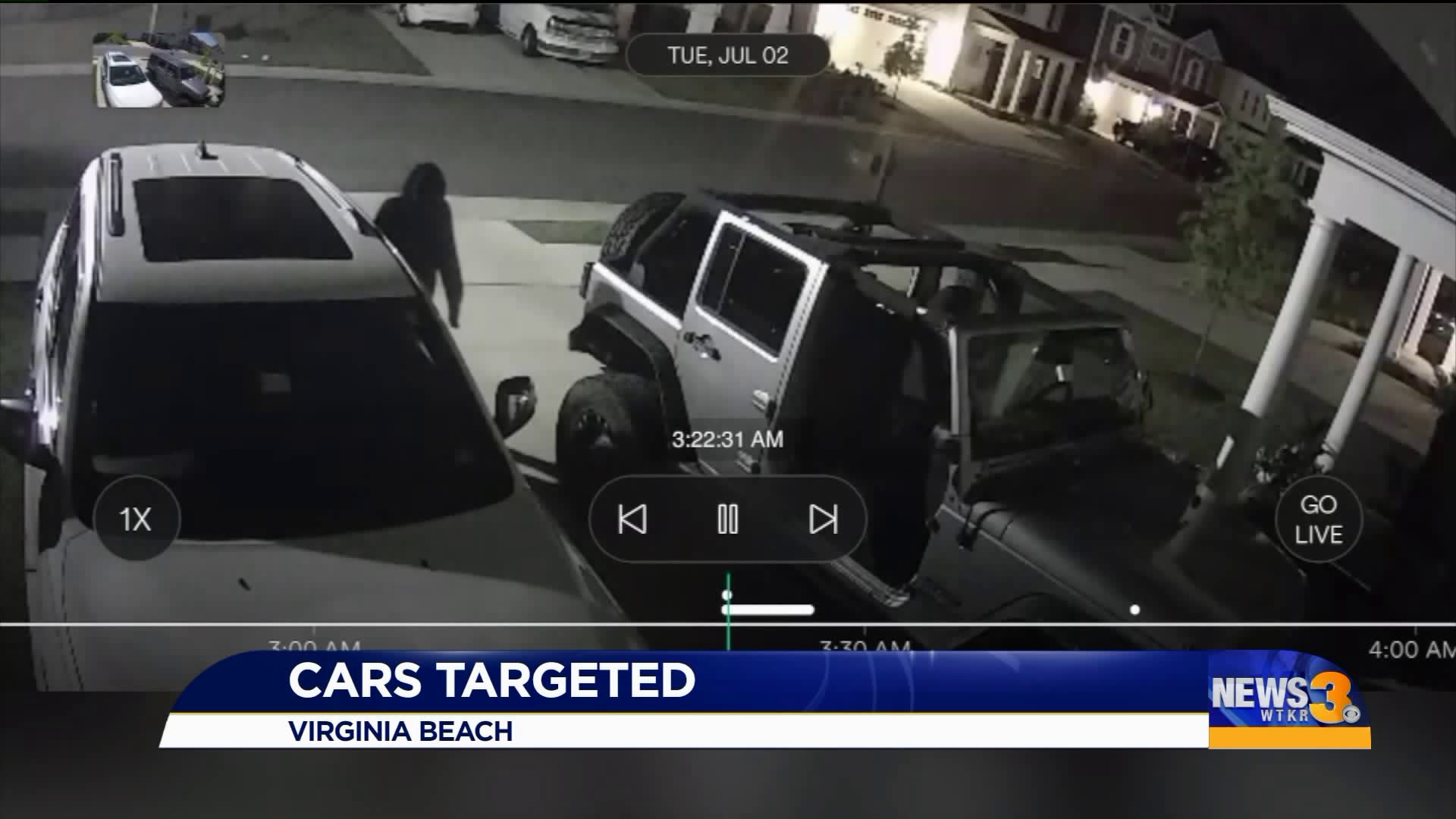 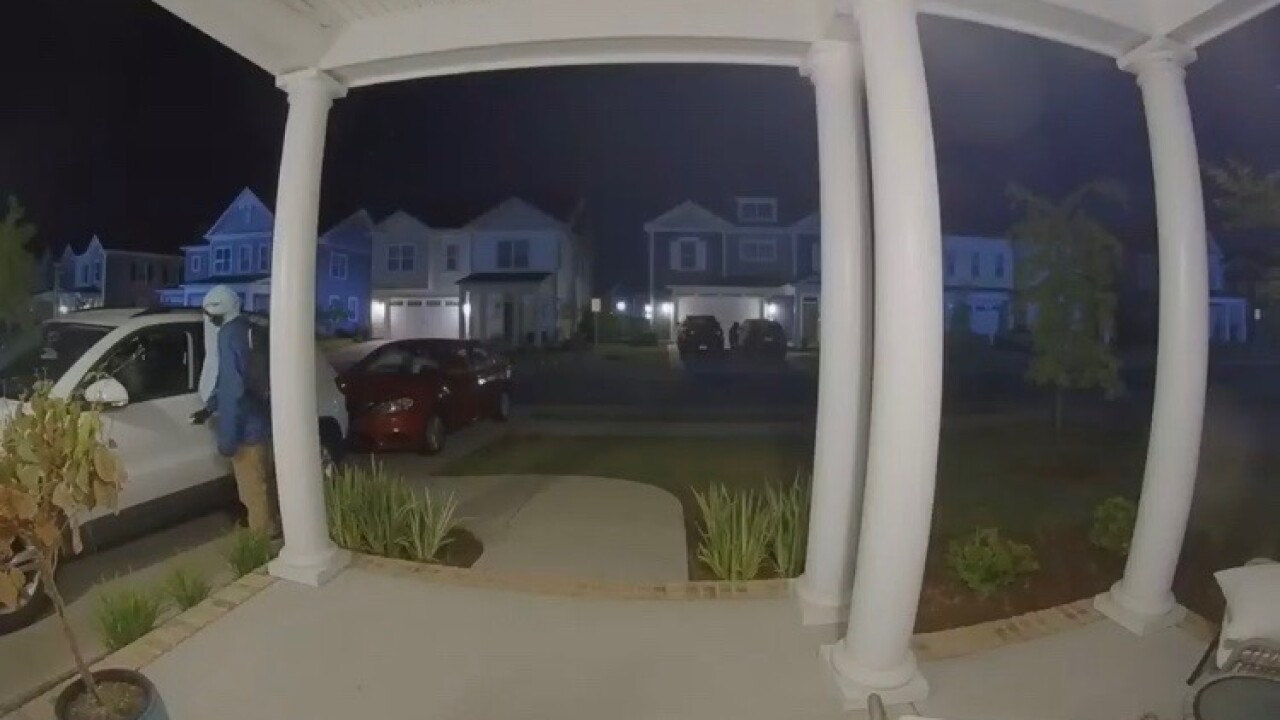 VIRGINIA BEACH, Va. - A Virginia Beach community is fed up after they says criminals have been targeting their neighborhood and rifling through cars for weeks now.

Residents who live in the Spence Crossings neighborhood off Salem Road and Lynnhaven Parkway say there have been weekly instances of cars being rummaged through for the past month.

People have come to the area checking for unlocked car doors, smashing car windows, and even stealing cars.

Lindsay Descovich shared surveillance video showing someone rifling through her car in the dead of night.

“They went through my glove compartment, center console, just poured everything out just looking for stuff,” Descovich explained.

The person only made off with a phone charger. Descovich admits her car was unlocked, but says her Spence Crossing neighborhood has become a hotspot for criminals.

“The day I filed there was, I think, six reports filed just that one night.”

That was about a month ago, and things have only gotten worse.

Another neighbor shared his surveillance video from earlier this month when someone came up to the cars in his driveway checking for an unlocked door and valuables inside his Jeep.

“We’ve never had this many in a row of break-ins that I’m aware of. To my knowledge, it just started this past month and it seems like it’s almost every week so far.”

Most recently, a third video from two nights ago shows someone walk up a driveway pulling the car door handle.

Descovich says the Spence Crossing community has been bombarded with people lurking for their next opportunity— leaving her feeling angry and vulnerable.

“I didn’t want to get in my car, I was nervous to get into my car because someone else was in my car.”

Now neighbors say they’re ready to band together and take matters into their own hands to keep a watchful eye out on their community.