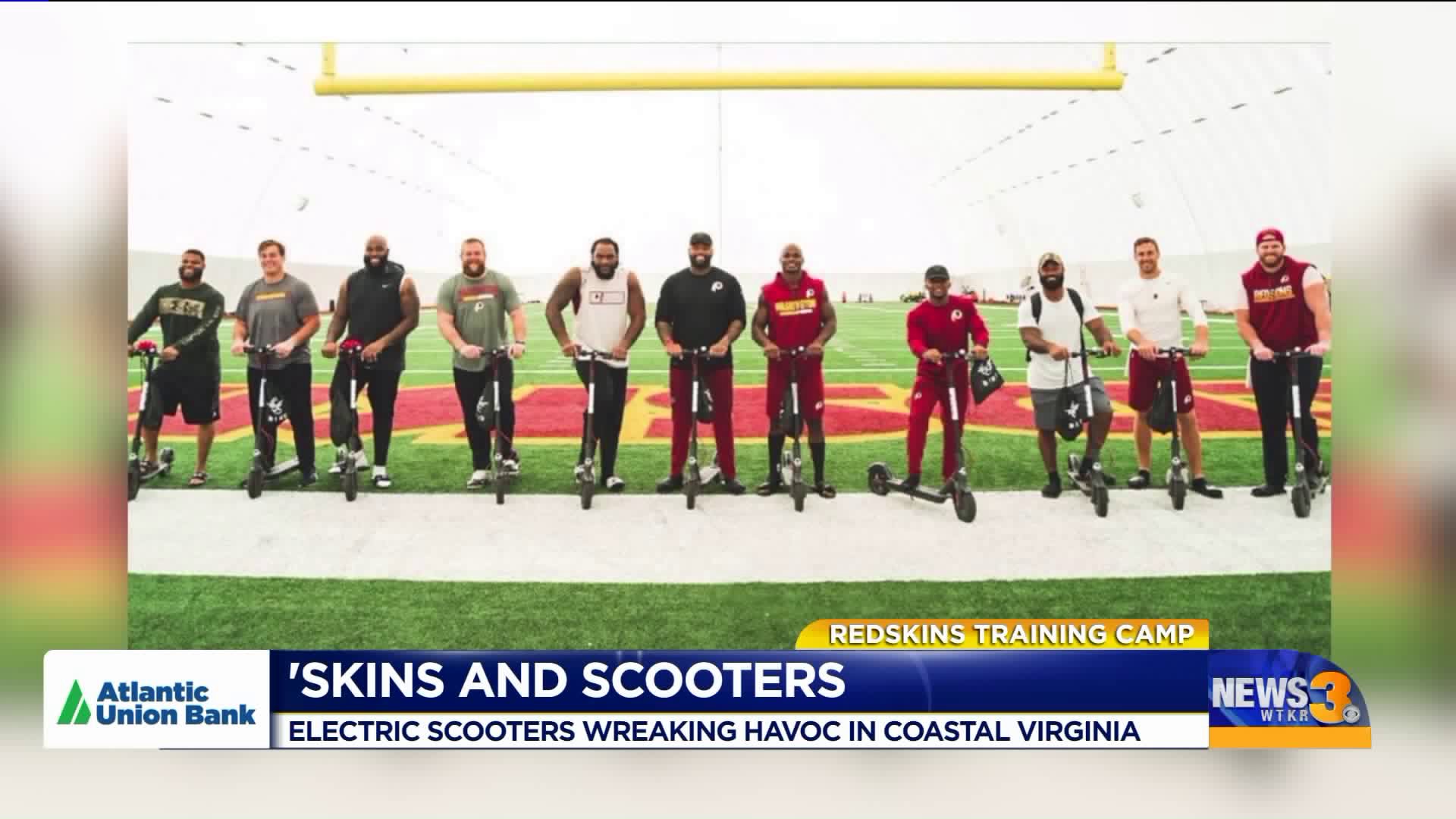 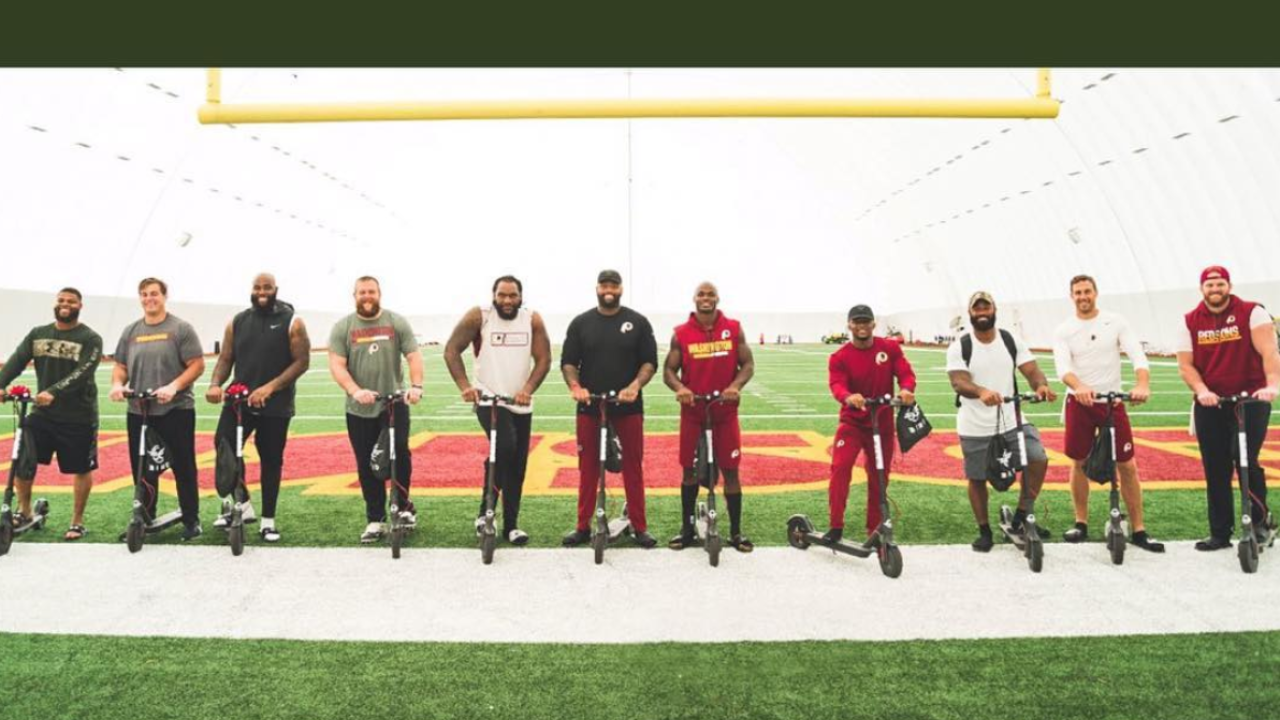 In coastal Virginia, we've recently been emulating the 'Skins and having our own health problems. The cause? Those pesky electric scooters.

As News 3 has reported, doctors and surgeons are seeing a spike in scooter trauma since they launched in Norfolk and Virginia Beach last month. "I am concerned about our ability to keep the people of Hampton Roads healthy and safe," explained Dr. Richard Myers, a Sentara Orthopedic Trauma Surgeon. "Last week alone, I was on-call. I can think of three or four consults that are all related to significant trauma that the patients suffered from on these scooters."

Here's the Redskins connection: Last season, after scoring his 100th career rushing touchdown, future Hall of Fame running back Adrian Peterson purchased scooters for many of his teammates. But the most injury-prone team in the NFL surely doesn't dare ride those dangerous things, right?

"I do," Redskins running back Chris Thompson said smiling. "I feel like it's getting a fast car for the first time - you have to respect it. We took our time when he first gave them to us. We rode around the [practice facility] to get used to them. Because they do have a little juice."

Hey, at least we know every Redskins player owns a helmet!

A small token for a big milestone. 💯@AdrianPeterson came through with the @BirdRide scooters for the squad! #HTTR pic.twitter.com/OLhEFv3PZK

The 🐐 hooked us up with @bird scooters. Yeah he treated us for him reaching a milestone. That should tell you something. Preciate you bro.