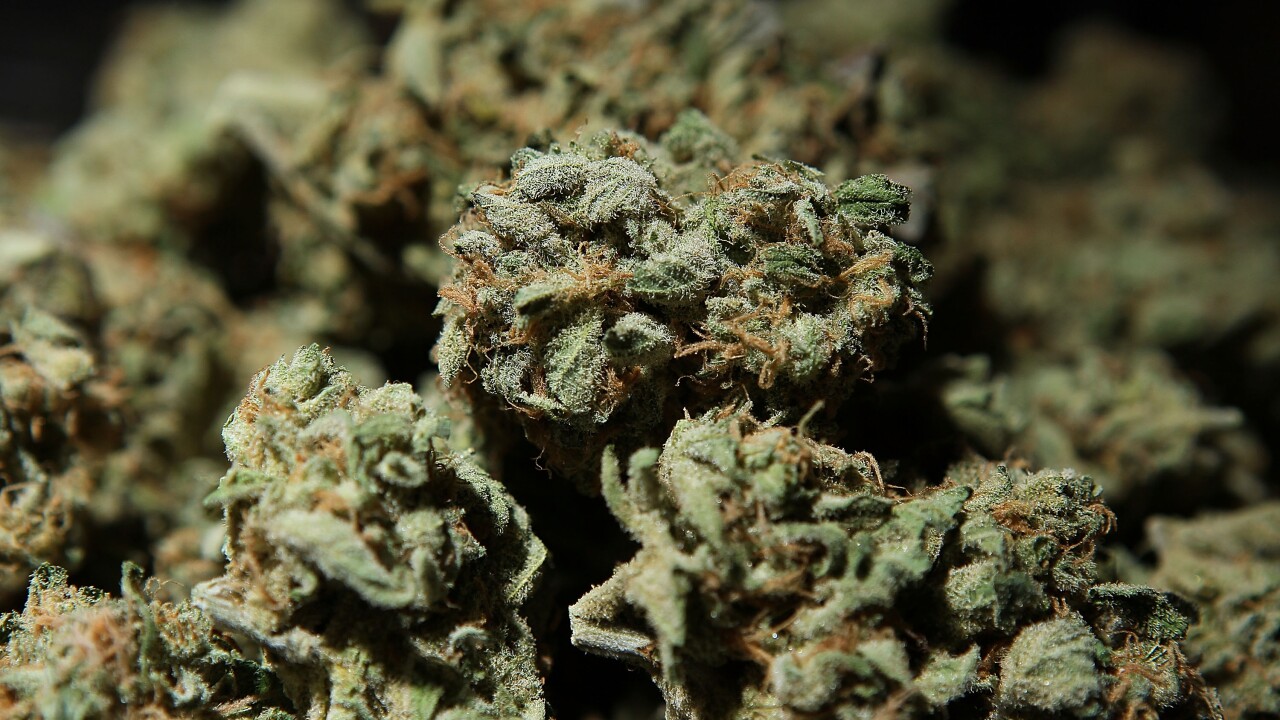 DALY CITY, CA – APRIL 18: A bowl of medicinal marijuana is displayed in a booth at The International Cannabis and Hemp Expo April 18, 2010 at the Cow Palace in Daly City, California. The two day Cannabis and Hemp Expo features speakers, retailers selling medical marijuana smoking paraphernalia and a special tent available for medical marijuana card holders to smoke their medicine. Voters in California will consider a measure on the November general election ballot that could make the State the first in the nation to legalize the growing of a limited amount of marijuana for private use. (Photo by Justin Sullivan/Getty Images)

NORFOLK, Va. – A Virginia Beach man was sentenced Friday to six years in prison for his involvement in a large-scale marijuana distribution network.

Court documents say that 23-year-old Tyrell Jones started and managed a large-scale marijuana distribution operation involving several other co-conspirators, which he ran from April 2017 through October 2018.

Jones, who was attending college in California, secured a source of supply in the state and shipped marijuana from California to Hampton Roads through the U.S. Postal Service. Sometimes the marijuana was hidden inside vehicles and driven cross-country to Virginia, where it was then broken down into smaller quantities and sold on the streets.

According to the U.S. Department of Justice, Jones and his co-conspirators shipped a total of 222 packages of marijuana with a total weight of 724 pounds.