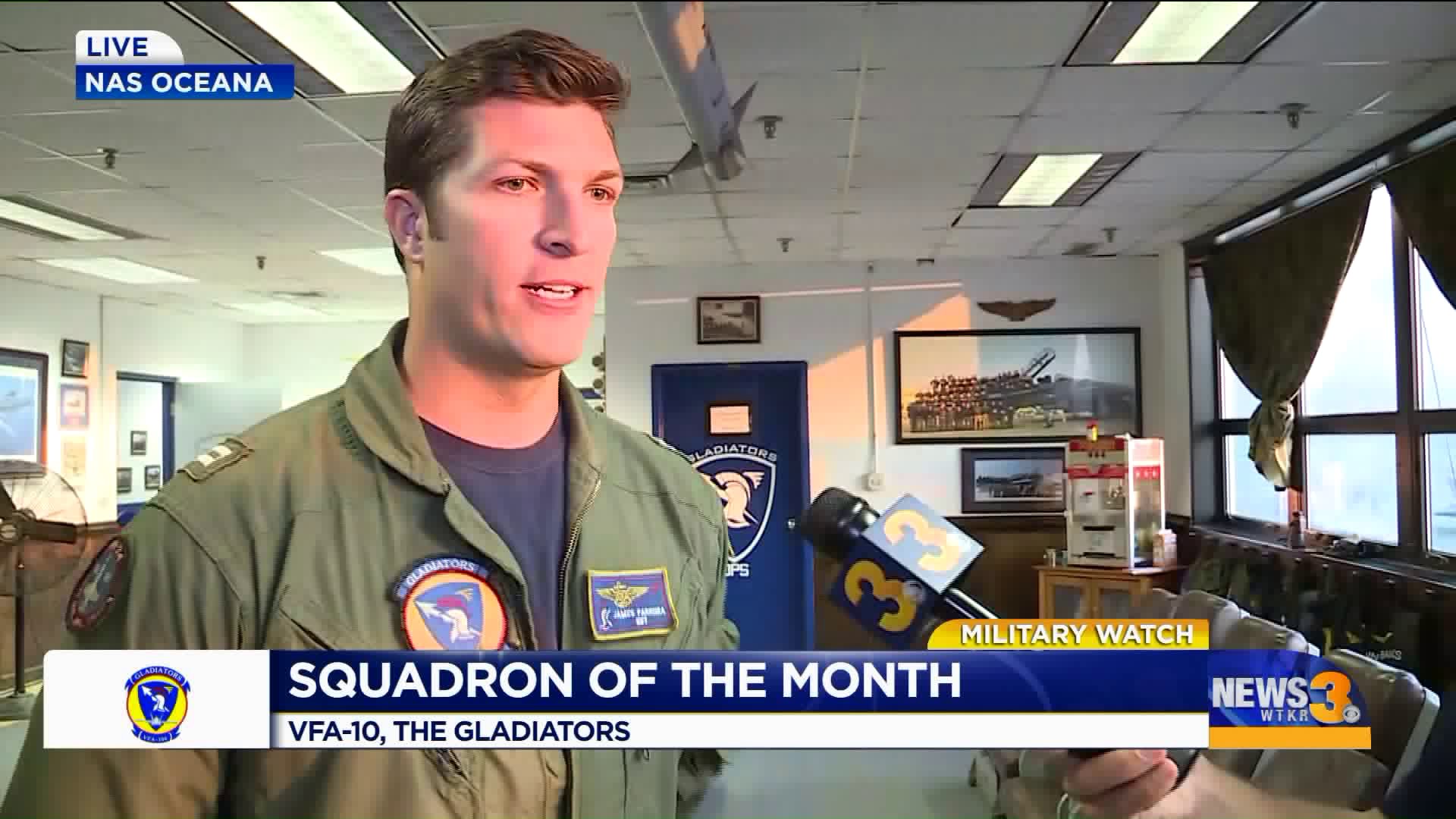 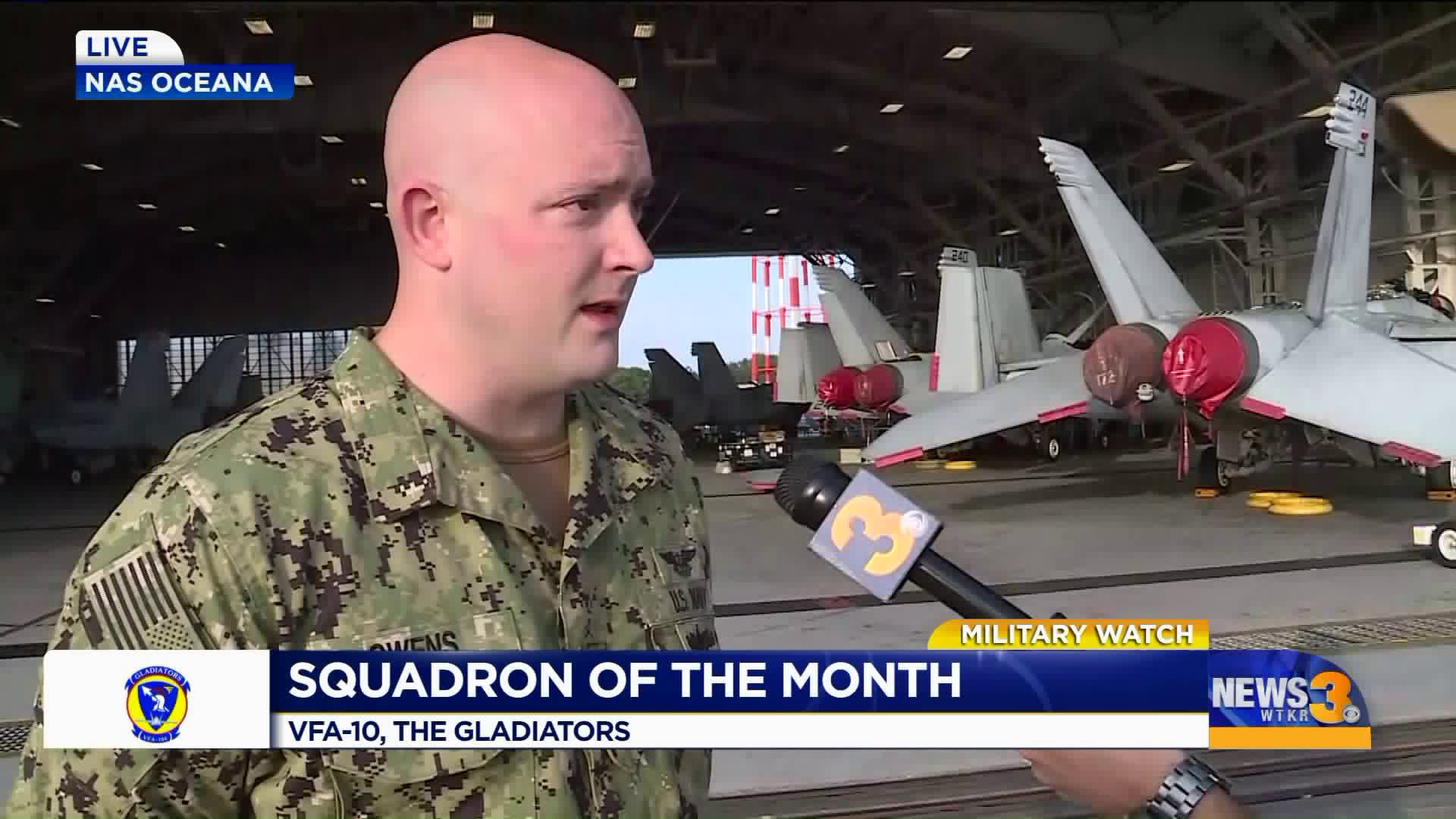 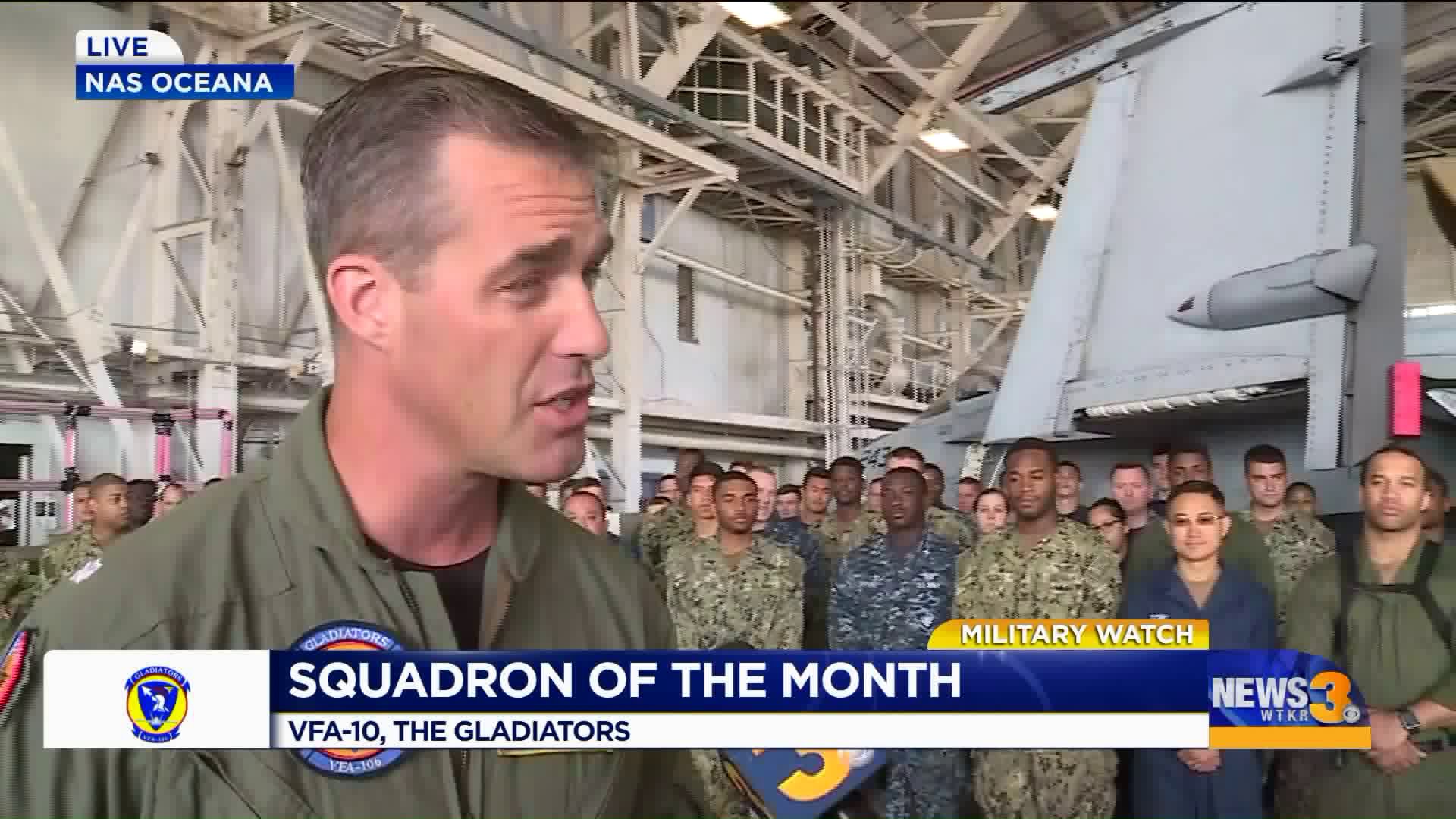 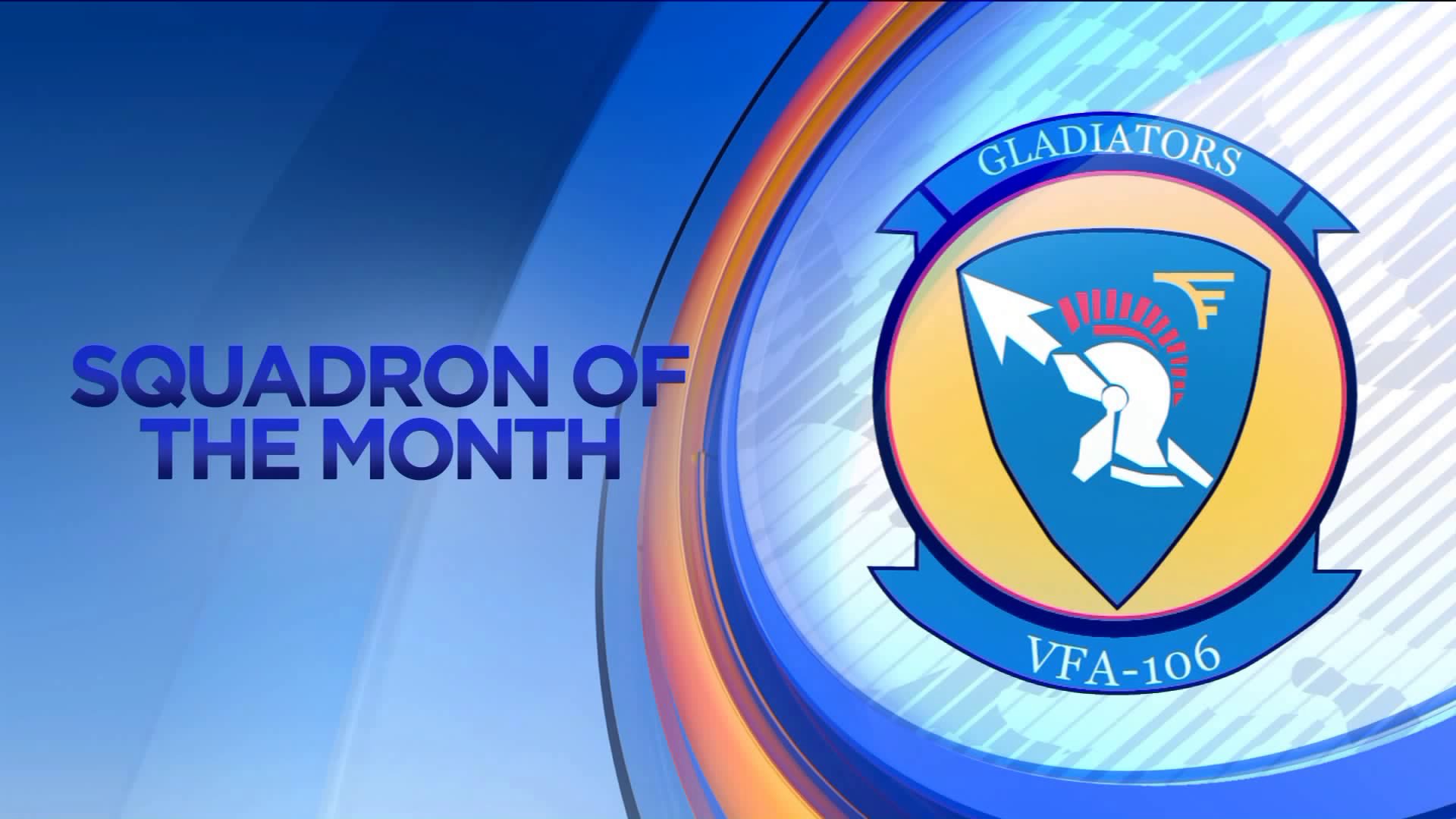 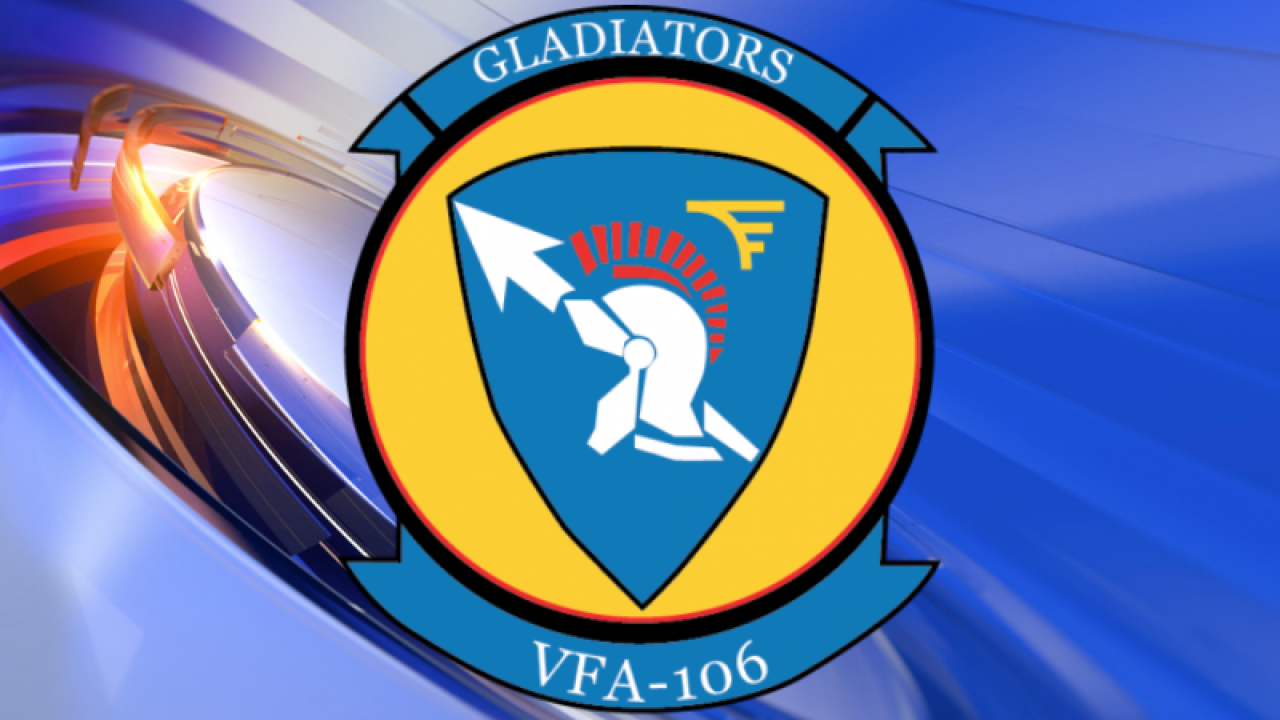 This strike fighter squadron can trace its roots to World War II.

In 1945, it was commissioned as a bomber-fighter squadron in Guam. The squadron would soon be in combat against the Japanese, striking Tokyo, Iwo Jima, Okinawa and others.

VFA-106's first stay in Hampton Roads began in 1946 at NAS Norfolk. The squadron took on the name the "Gladiators" in 1952 before being sent to Korea the following year.

Redesignated as an attack squadron in 1955, the squadron would eventually be decommissioned in 1969, but it made a comeback 15 years later as Strike Fighter Squadron (VFA) 106!

The Gladiators moved to NAS Oceana in 1999 and haven't looked back.

Congratulations to our July Squadron of the Month; the VFA-106 Gladiators!