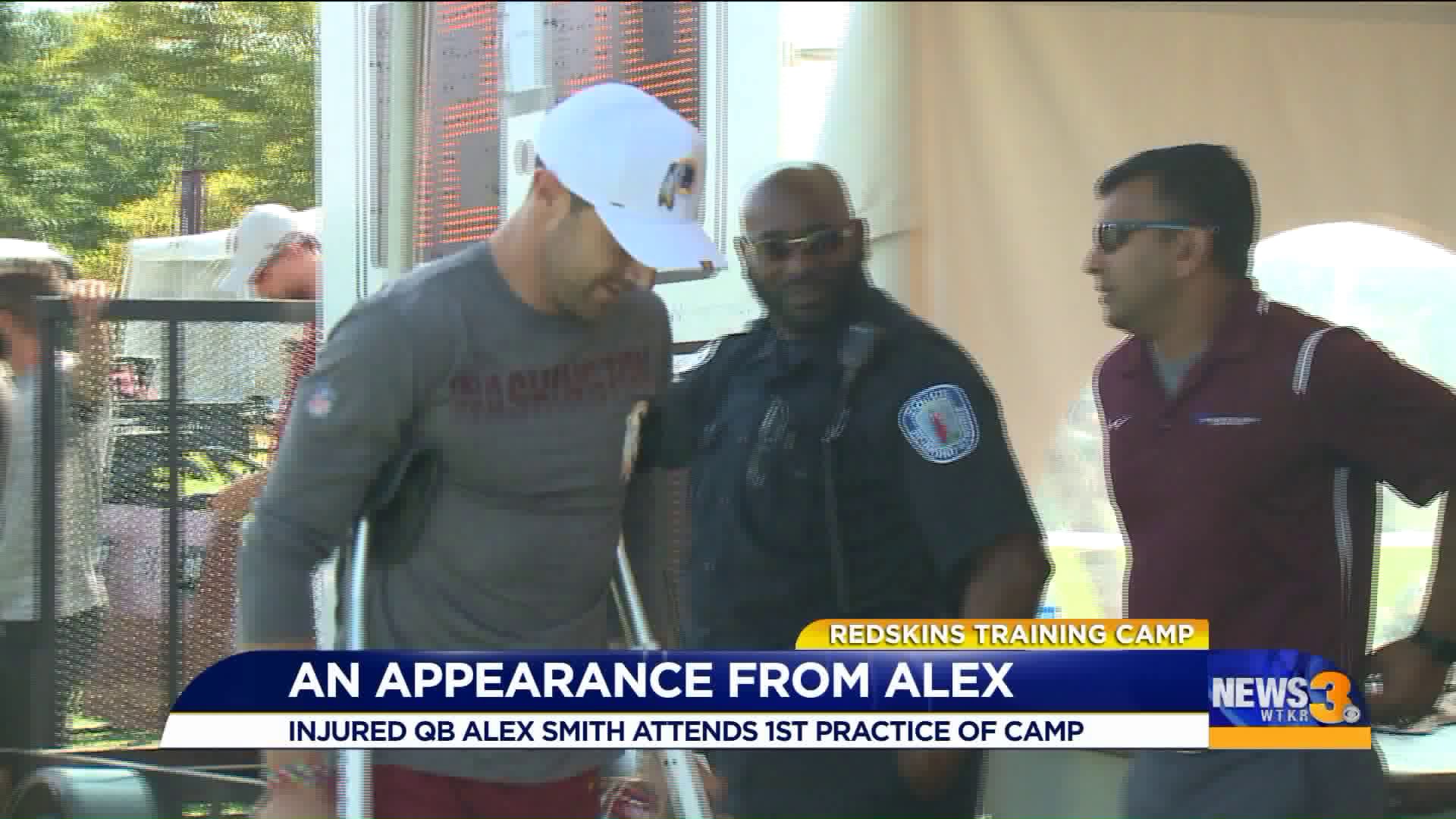 RICHMOND, Va. - Sitting out his entire rookie season after suffering a torn ACL in 2018's first preseason game, Redskins running back Derrius Guice says it was the hardest thing he's gone through in his entire life.

"Doing what you love, finally getting here, finally making it to the NFL and then first game your out for the whole year. It's just mind blowing," Guice said. ""It's been a long year for me. Literally the longest year ever."

Guice was selected in the second round, of the 2018 NFL draft. At LSU, his 3,074 career rushing yards ranked fifth in school history, and 6.53 yards-per-carry average ranked second all-time in SEC history behind Auburn’s Bo Jackson.

It's easy to see why the Redskins are eager to have him on the field.

Seeing Guice take place in 2019 training camp as a full participant was questionable. After recovering from the ACL injury, a hamstring injury set him back once again.

"You gotta know your body," Guice said. "Your body tells you everything. The stuff with the hamstring, I was out there sprinting that day, you know, it just happened. Some of those things you can't control.

"It's football. Injuries happen all the time, so it's all about your recovery."

There's no better teammate to aid him in the recovery process than Adrian Peterson. While playing for the Vikings in 2011, the 12-year NFL veteran suffered an ACL. After recovering from reconstructive surgery, Peterson started Week 1 of the 2012 season.

He went on to rush for 2,097 yards, the second most in NFL history. He then went on to earn NFL MVP, Offensive Player of they Year.

"It's the next season for me and i'm ready, so we'll just have to wait and see what happens."

Guice often learns from Peterson about injury recovery, and the running back position as a whole.

"We all looked up to him growing up," Guice said. "We gonna watch every day what he do anything. Just him being him is helpful enough. When he's in on the plays we all watching his cuts, we watching everything.

"It's like a son watching his father. We watching everything he do. We soak it up. We just respect him that much because we know he's a G.O.A.T."