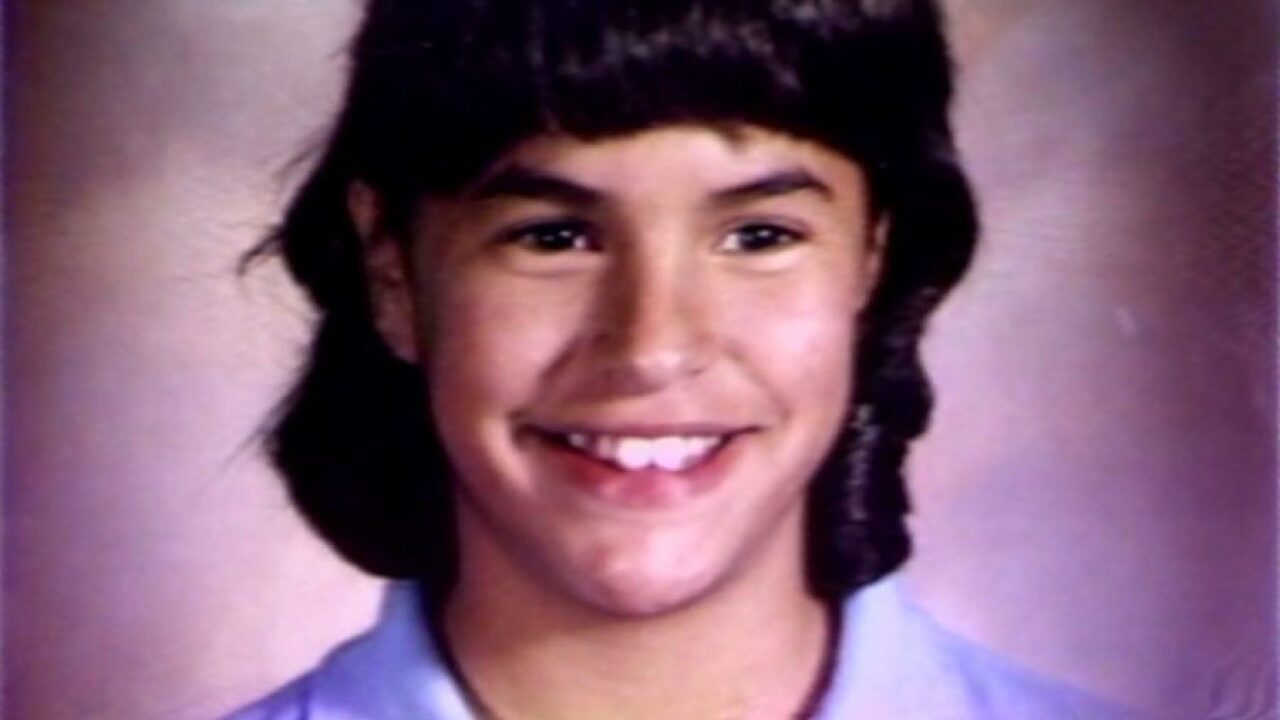 The remains of a 12-year-girl who disappeared in Weld County, Colorado, in 1984 have been recovered and identified, authorities said Thursday.

A work crew discovered the remains Tuesday while excavating for a pipeline, said Greeley Police Sgt. Joe Tymkowych. They are of Jonelle Matthews, based on evidence found at the scene and a coroner's examination, he told CNN.

Jonelle went missing on December 20, 1984, Tymkowych said. She would be 47 today had she survived.

Jonelle Matthews (center) sings in a Christmas concert hours before her disappearance on Dec. 20, 1984.

She was last seen entering her home around 8 p.m. local time when she was dropped off by a friend and her friend's father after performing in a choir concert at school, according to a 2018 press release. When her parents returned home at 10 p.m., they found the front door open, her shoes by a chair and her stockings thrown across the couch, CNN affiliate KDVR reported.

The press release says Greeley police renewed efforts to find Matthews and had assembled a new team of investigators to go through the evidence. The investigation remains active.

"Parents cry out for help, many through letters to me. For example, I learned about Jonelle Matthews of Greeley, Colorado, who would have celebrated a happy 13th birthday with her family just last month," Reagan said. "Letters like these touch us deeply, and we've tried our best to help. Last June we opened the National Center for Missing and Exploited Children, which runs a toll-free hotline and gives other aid as well. But a President can only do so much. So, today I'd like to ask for your help."

"Your stomach just sinks," Matthews' older sister Jennifer Mogensen told KDVR Thursday. "It has brought up a lot of emotions and it feels very surreal. We’re sad. We’re numb. But we’re also grateful for some type of closure now."

The home where Jonelle Matthews and her family lived at on 43rd Ave Court in Greeley. She was last seen entering the home around 8 p.m. on Dec. 20, 1984.

Mogensen lives outside of Colorado and her parents live outside of the country. She told KDVR they'd all be back in the state soon for a memorial for Matthews.

"We’re appreciative of everybody’s support and we know that we’re a blessed family because of all the love and support," Mogensen said.

Shelly Lobato, a childhood friend of Matthews', still lives in the area.

“My last memory of her was I was walking home from a friend's house after school and she was walking home and we met up. And we just chatted and caught up on life and it was the last time, which is sad," said Lobato.

“Very mixed emotions, I was sad, and a little happy and relieved," Lobato said of hearing the latest news. “Her parents are at peace now. They know that she’s been found and they can lay her to rest and that’s the only happy part about it. The sad part is that she just didn’t make it out alive.”

“If we could just find out who how what why, I think that’ll be the best thing," Lobato said.

Forensic experts say the discovery could open up new leads in the search for a suspect.

"If there's clothing or other objects that might have the DNA of other people, it's possible," said Melissa Connor, a forensic investigator at Colorado Mesa University in Grand Junction.

"DNA is getting better every day. They're able to work with smaller and smaller pieces of DNA," she said.

Connor says determining a cause of death will be possible if there's traumatic injury, like a gunshot.

"If there was physical harm to the individual at, or about the time of death that impacted the bone, that will show," she said.