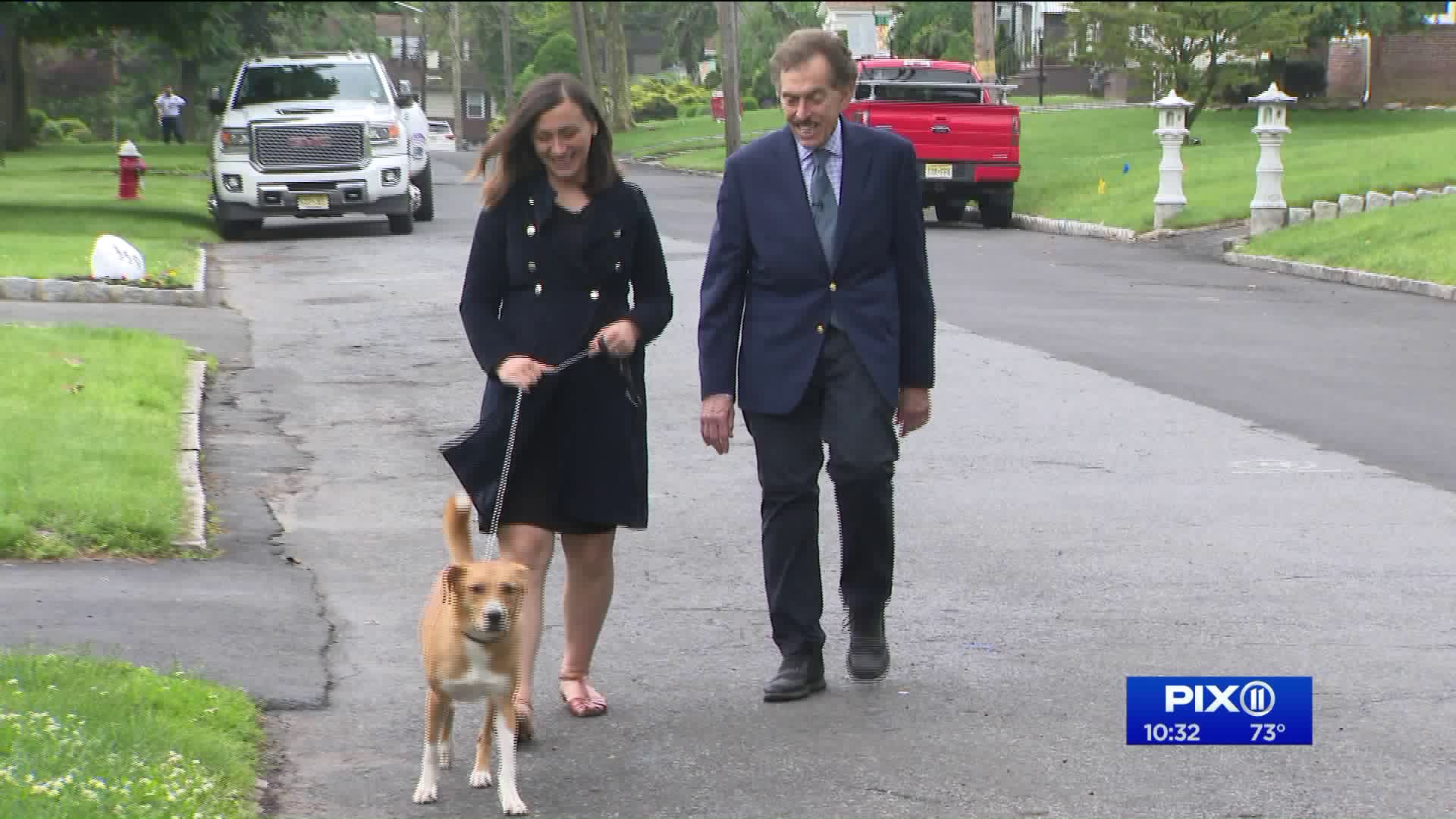 It began as a routine wellness visit and ended up dramatically altering the lives of Tugba Aksoy and her 2-year-old rescue dog Lokum.

RUTHERFORD, N.J. — A visit to the vet for a routine wellness visit changed the lives of a New Jersey woman and her dog.

Last November, Tugba Aksoy took her 2-year-old rescue dog Lokum to the Rutherford Animal Hospital, where the veterinarian recommended Lokum switch from the flea and tick protection collar he was wearing to Simparica, one of a new class of flea and tick medications available by prescription only, WPIX reports.

Aksoy said Lokum was not having any problem with fleas or ticks, and she was happy with the collar, but said “the collar was expiring and I mentioned it to the vet. She said there is this medication, a tablet you can give him. It’s convenient, once a month, and it's safe.”

Aksoy gave him one tablet of Simparica when they got to her New Jersey home. That night she was wakened by Lokum howling. It turned out he was having a seizure and obviously in extreme pain. She rushed him to an animal hospital emergency room, where a different veterinarian said she’d seen it before and told Aksoy it was probably caused by the new medication because it is a known side effect of it.

Simparica, Nexgard, Bravecto and Credelio are part of a group called Isoxazoline drugs. They each contain a potent list of chemicals, including parasiticides, that get in the dog’s bloodstream and attack the neurological systems of biting fleas and tickets, killing them. Sales of the drugs have skyrocketed in the five years or less they’re been on the market.

Nexgard said it’s become the number one selling dog flea and tick drug in the U.S. But the troubling side effects of these drugs are becoming more widespread.

Under the Freedom of Information Act, WPIX obtained hundreds of pages of reports sent to the Food and Drug Administration by vets and pet owners complaining of side effects of Simparica, Nexgard, Bravecto and Credelio. Near the top of the list: seizures. Documents show 1315 seizures reported for Nexgard in the five years since it was approved by the FDA as safe and effective for the majority of dogs.

There are 720 reported seizures for Bravecto in four years, 557 for Simparica in three years, and six seizures for Credelio in the first six months after is was approved. The manufacturers says the risk of side effects is very rare, less than one in 10,000 doses sold.

Seizures had been mentioned as a possible side effect of Simparica and the other three drugs, but only in very small print, sometimes on the back of the boxes and in the lengthy product inserts inside the boxes. Due to the increasing number of reported seizures since the  products have been on the market, the FDA issued an alert last September. It called on the manufacturers to change the product labeling to “highlight the potential for neurologic events” on their packaging and in the product inserts.

So far, only Nexgard has complied. The others say the changed labeling will soon appear. The FDA also instructed veterinarians to use their expertise and the dog’s medical history in assessing whether prescribing one of these drugs is appropriate. Vets were also told to consult with pet owners about the possible risks.

Tugba Aksoy wishes her vet had told her about the risk, even if it is small.

“If you know the side effects, why wouldn’t you just say that and leave that up to me to see if I want to take that chance? I would not take that chance even if it was one in a million," she said.

Lokum has been hospitalized four times since he took Simparica seven months ago. He sometime has clusters of seizures, one after another, sometime as many as 11 in a row. “Every time he has three or more, he has to be hospitalized because there’s a danger he could die," Aksoy said.

The risk from seizures involves a possible heart attack.

“He gets really high fever from it. He goes blind. He gets better the next day, then is anxious for a week," she said.

Following three or four normal days, the seizures begin again. Their frequency is now once every 10 days or so.

“It’s heartbreaking. There’s nothing I can do," Aksoy said.

The medical care for Lokum has cost more than $10,000 so far. Zoetis, The manufacturer of Simparica has sent her $3,300.

“They’re telling me they can’t do this ongoing. But my expenses are ongoing," she said.

WPIX went to the New Jersey offices of Zoetis, an international Fortune 500 company whose Simparica sales totaled $158 million dollars in 2018. No one at the Zoetis offices would speak on camera.

However, following our visit, a company executive reached out to Aksoy and urged her to submit records of all Lokum’s medical expenses for possible reimbursement.

In April, Aksoy posted a video of Lokum having a seizures. It’s already been viewed by almost 22,000,000 people.

She said she posted it on YouTube and Facebook because “I wanted to warn everyone, because anyone can be in my situation. I trusted the vet. I didn’t do my own research. I think we’re naive enough to think once we get it from the vet it’s perfectly safe unless they say something.”

She has taken Lokum to many specialists. He takes three anti-seizure medication twice a day. There is no cure. “Other people have told me I should put him down because of what he’s going through. I can’t even imagine that."