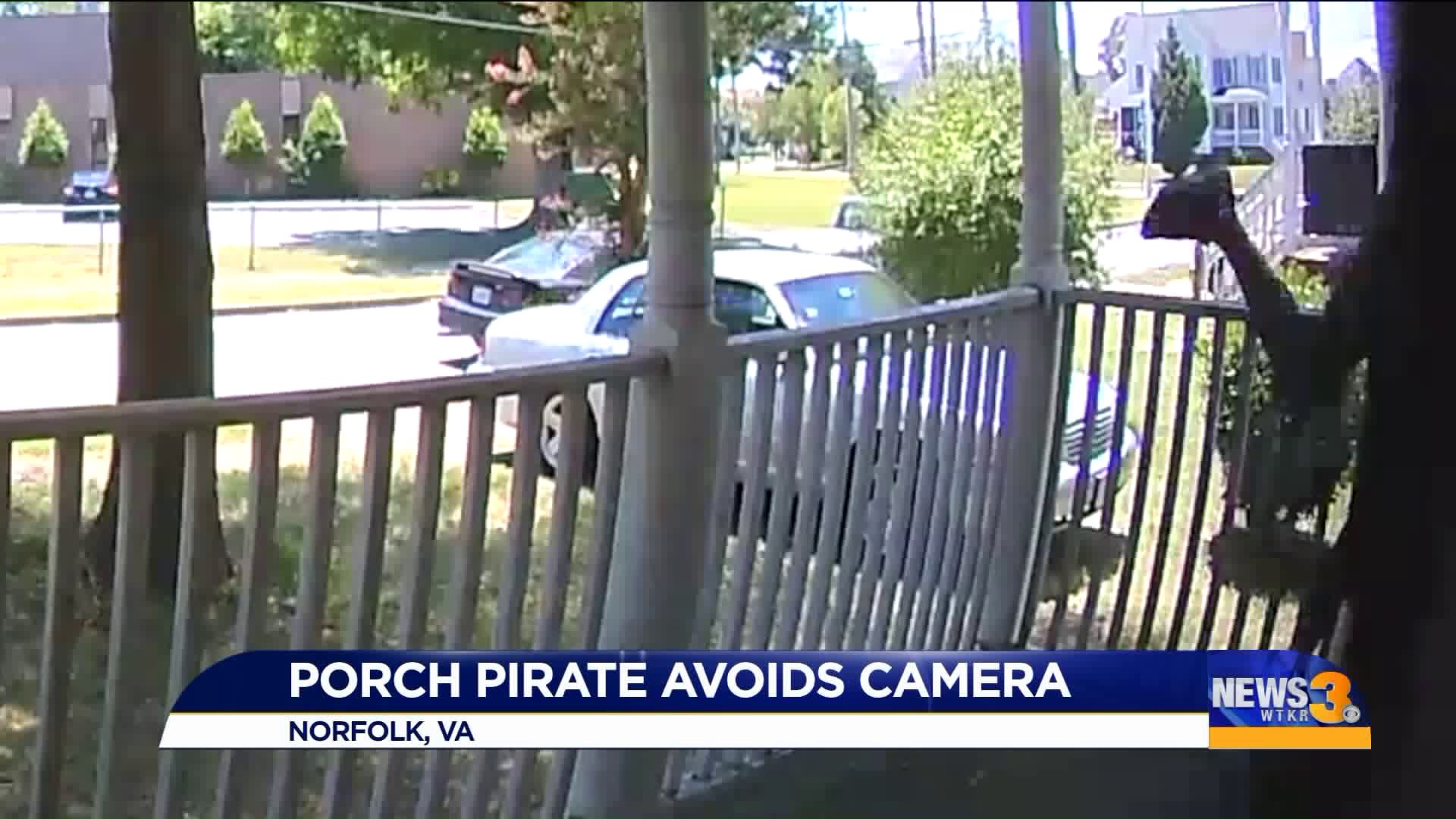 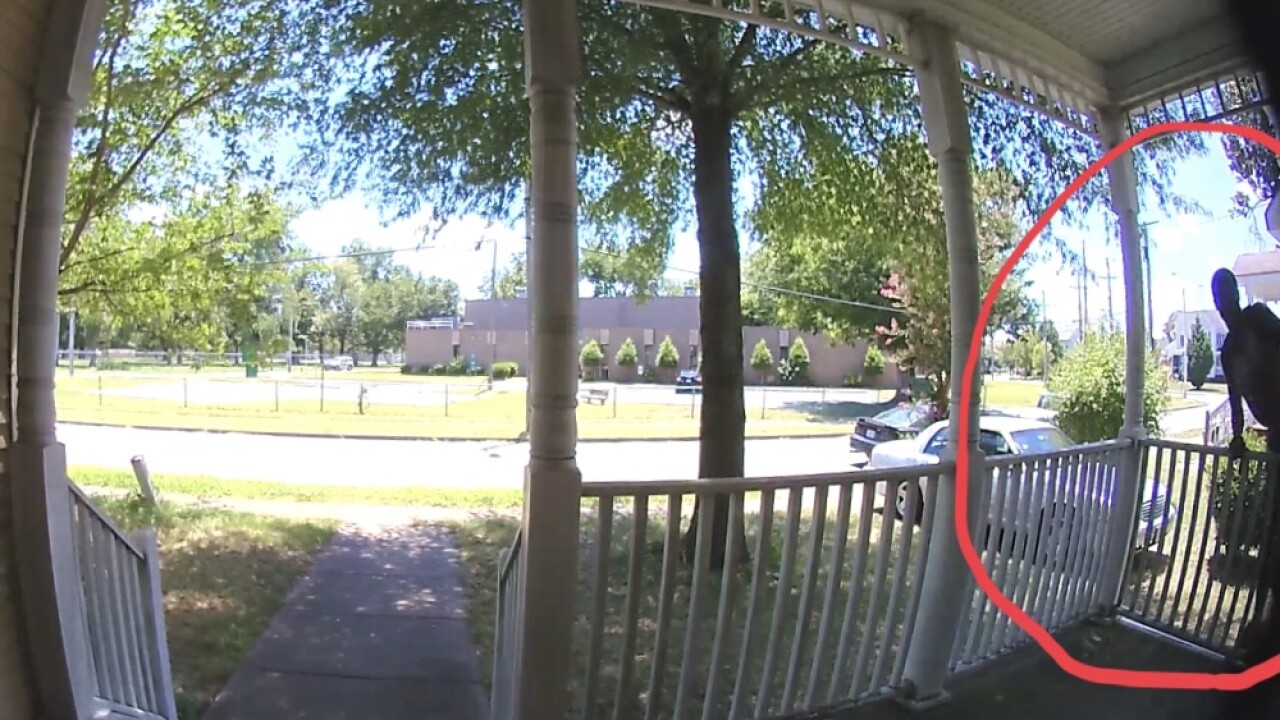 NORFOLK, Va. - A doorbell camera captured a man stealing a package from a porch -- just barely.

The camera is triggered when a man walks onto the Norfolk's home property, but it's not able to get a clear shot of the man. The thief stays off to the side, just barely in the camera's range.

At one point, he is completely out of sight until a few seconds later when he hops back over the railing and walks away with a package under his arm.

A woman at the home Thursday tells News 3 she feels violated that someone stole her family's package -- but she is also disturbed that the thief knew her camera system well enough to stay out of its range.

The family put video of the theft online to warn their neighbors. Dianna Gray, who has lived in the same neighborhood for 17 years, watched the video with News 3.

"I was surprised. I didn’t have any idea that someone could take a shortcut to get into my property without the camera seeing them," Gray said. "That really alarmed me."

To prevent blind spots on your camera system, police suggest adding a second camera to your home to watch the areas not seen.

If that is not possible, have your packages delivered to a safe location such as your job or a friend that will be home.