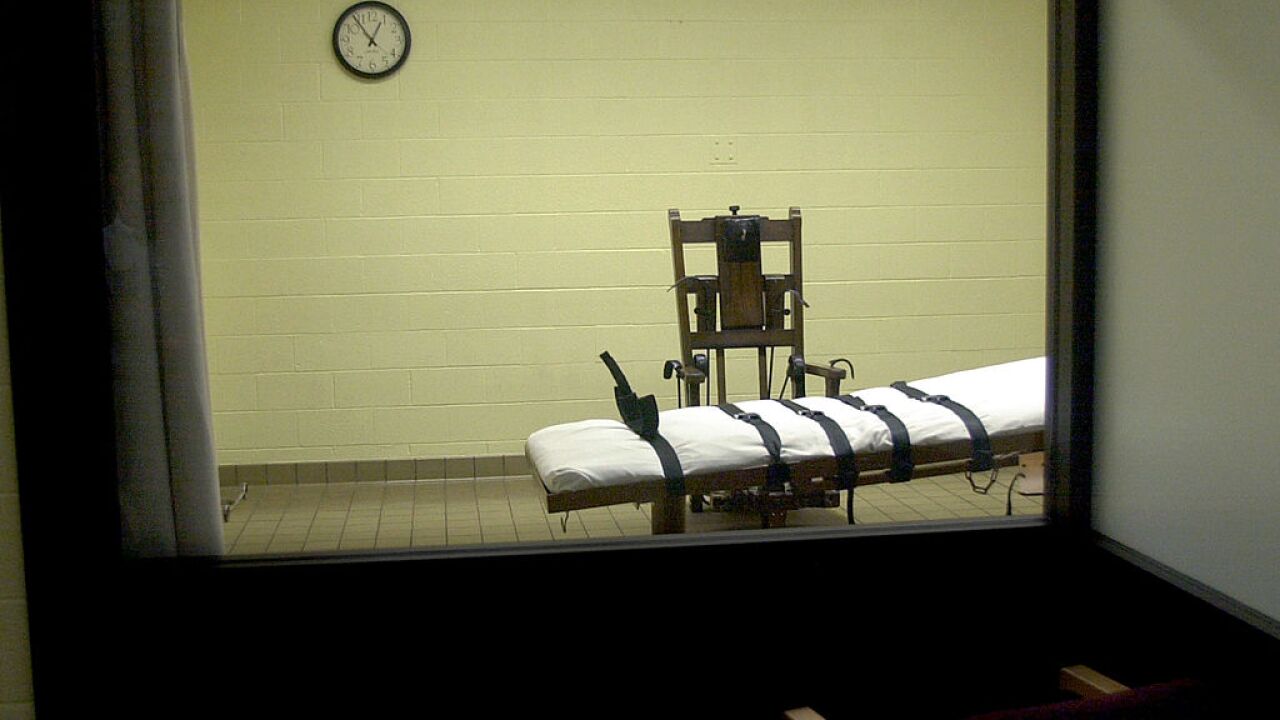 393846 05: A view of the death chamber from the witness room at the Southern Ohio Correctional Facility shows an electric chair and gurney August 29, 2001 in Lucasville, Ohio. The state of Ohio is one of the few states that still uses the electric chair, and it gives death row inmates a choice between death by the electric chair or by lethal injection. John W. Byrd, who will be executed on September 12, 2001, has stated that he will choose the electric chair. (Photo by Mike Simons/Getty Images)

Attorney General William Barr directed the federal government Thursday to resume capital punishment after nearly two decades and has directed the Bureau of Prisons to schedule the execution of five inmates after adopting an updated execution protocol.

Barr has directed the head of the Bureau of Prisons to execute “five death-row inmates convicted of murdering, and in some cases torturing and raping, the most vulnerable in our society — children and the elderly,” according to a statement from the Department of Justice.

At Barr’s direction, the Bureau of Prisons has adopted the Federal Execution Protocol Addendum which “replaces the three-drug procedure previously used in federal executions with a single drug—pentobarbital,” the Justice Department announced.