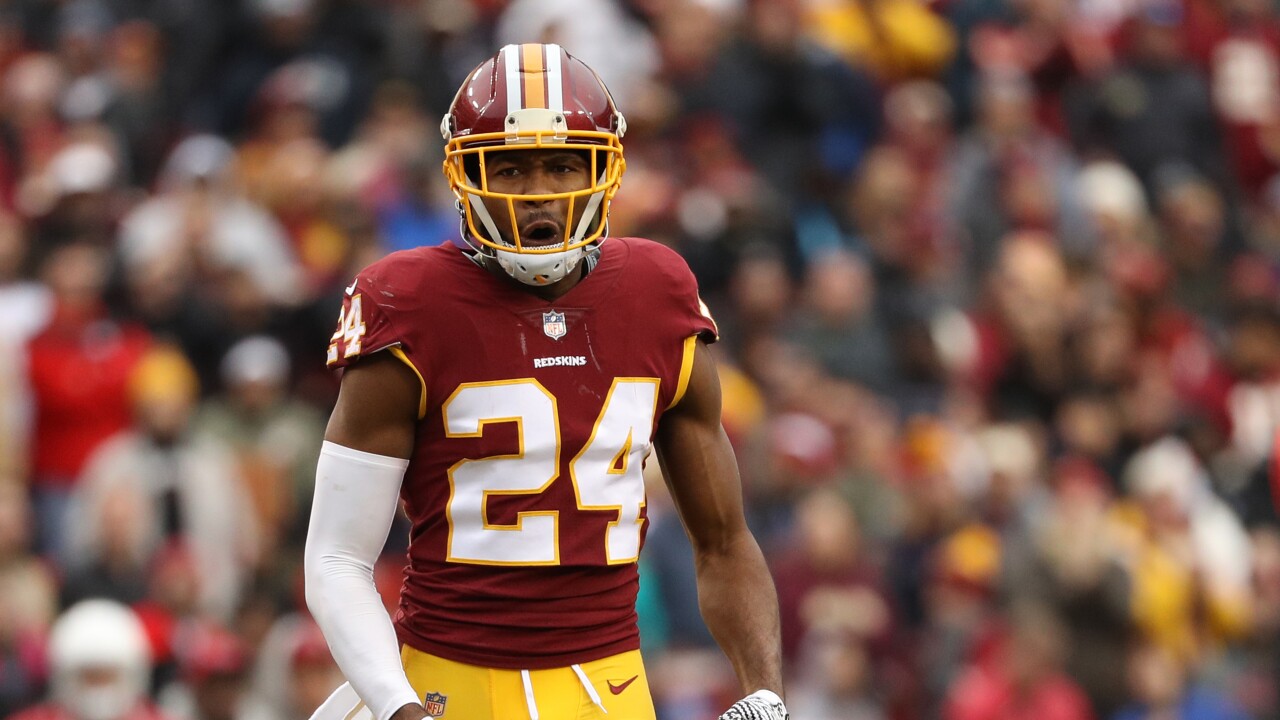 Cornerback Josh Norman #24 of the Washington Redskins reacts after a play against the Cleveland Browns. (Photo by Mitchell Layton/Getty Images)

RICHMOND, Va. – Earlier this offseason, Redskins cornerback Josh Norman took part in the annual running of the bulls at the San Fermin Festival in Pamplona, Spain.

The room erupted in laughter, and Gruden followed up by saying, “Just kidding Josh, just kidding.”

“I knew the bull wouldn’t hit him. He avoids contact.”https://t.co/TgFJEJNLci pic.twitter.com/WpTVrCoHnA

Norman had successfully jumped over a bull twice during the event. “I had to face the bull straight on,” Norman said in his Instagram story. “It was fun. It was worth it.”

The cornerback often goes on exciting adventures, and during the offseason Norman flew with the U.S. Navy’s Blue Angels.

“Josh is a man of the world,” Gruden said. “He’s experienced more things in his life at his young age than most people have in their whole life.

“Obviously we wouldn’t recommend that for our players and we want them to keep out of harm’s way, but Josh is a unique man, unique person, he’s done a lot of great work other than jumping over bulls. He’s done a lot of charitable work that people don’t know about. I applaud Josh and the way he lives his life.”

Norman, who started all 16 games for the Redskins last season, will earn a base salary of $11,000,000 in 2019. His three interceptions last season are the most he’s recorded since his All-Pro season in 2015.