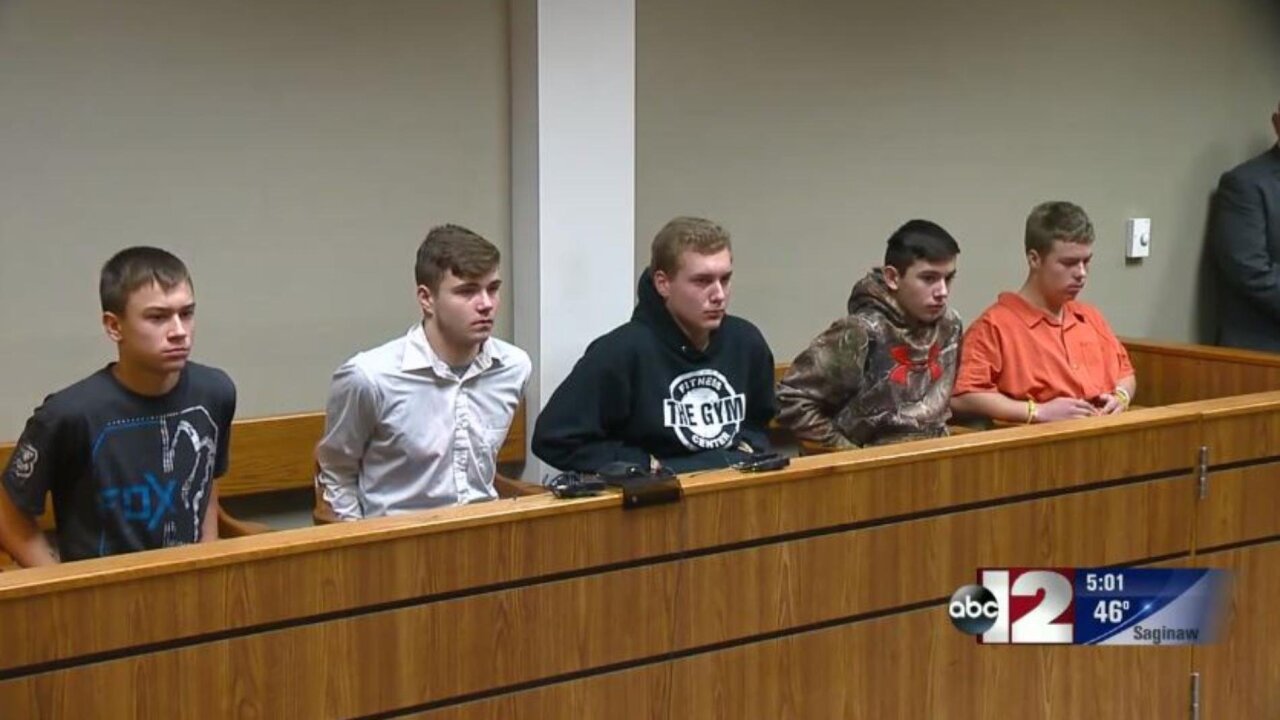 **Embargo: Flint-Saginaw-Bay City, MI** Four Michigan teens who pleaded guilty to throwing a rock off a highway overpass that killed a man may be sentenced as adults, according to CNN affiliate WJRT.

Four Michigan teens who pleaded guilty to throwing a rock off a highway overpass that killed a man may be sentenced as adults, according to CNN affiliate WJRT.

The teens could head to prison after Genesee County Circuit Court Judge Joseph Farah rejected a motion to send the group to a juvenile detention center, the news station reported.

**Embargo: Flint-Saginaw-Bay City, MI**
Four Michigan teens who pleaded guilty to throwing a rock off a highway overpass that killed a man may be sentenced as adults, according to CNN affiliate WJRT.

According to WJRT, the teens will either go to prison, head to trial or seek a new deal for sentencing. They have until August 20 to decide if they want to withdraw their guilty pleas to manslaughter, the news station reported.

The four juveniles and another teen had been throwing rocks from a highway overpass on October 18, 2017, when one of them struck White.

White, 32, was riding in the passenger side of a van on his way home from work just north of Flint, Michigan, when the 6-pound rock crashed through the windshield, hitting him in the chest and face.

“The injuries are horrific. … I gasped out (when I saw them)” Genesee County Prosecutor David Leyton said during the teens’ trial in 2017.

White’s father said his son’s death was the most difficult thing he ever had to go through.

“There’s no words to describe it,” Kenneth White Sr., told CNN affiliate WNEM after the teens were arraigned. “I’ve buried my mother, my father, and my oldest brother in the last four years and this is the hardest thing I’ve ever done in my life.”

Leyton said he didn’t think the boys intended to kill anyone when they threw the rocks.

Now, the teens must decide whether to keep their pleas and serve time in adult jail or seek new sentencing deals.

Attorney Mike Manley, who is defending Payne, said the judge’s decision sends the case “back to the drawing board,” WJRT reported.