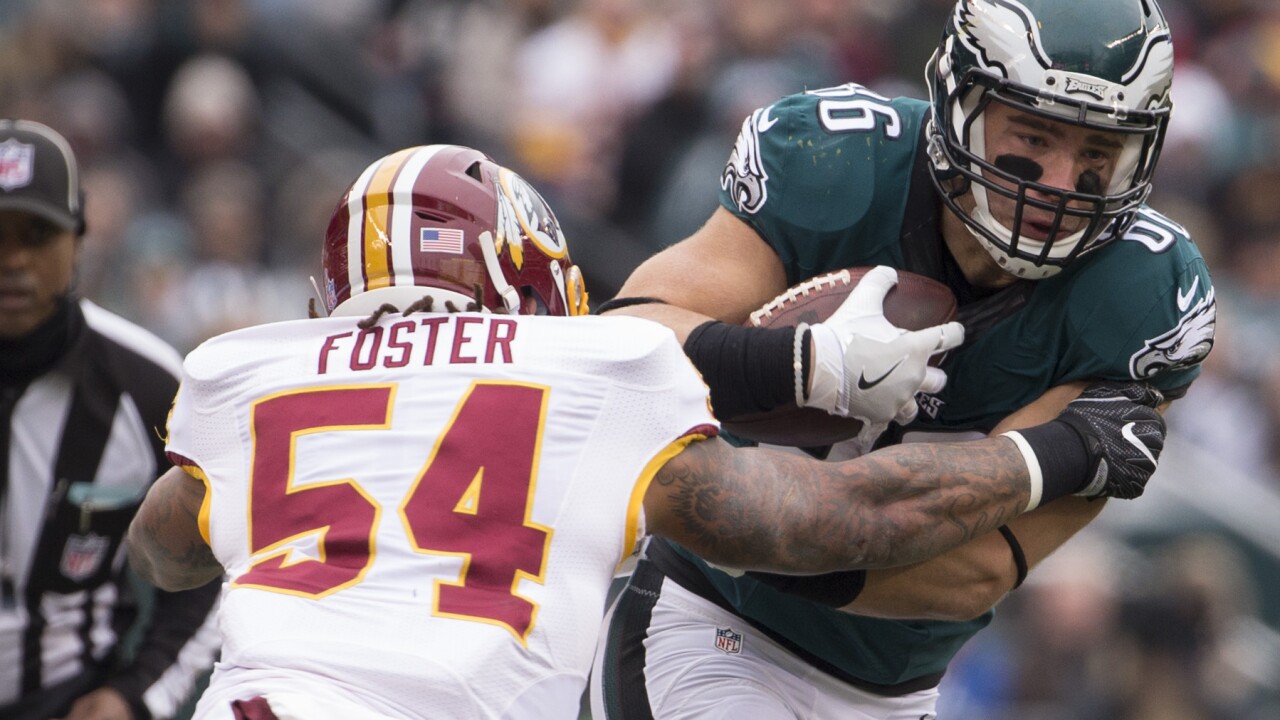 PHILADELPHIA, PA – DECEMBER 11: Zach Ertz #86 of the Philadelphia Eagles runs with the ball against Mason Foster #54 of the Washington Redskins in the first quarter at Lincoln Financial Field on December 11, 2016 in Philadelphia, Pennsylvania. (Photo by Mitchell Leff/Getty Images)

Just a day before the Washington Redskins report to training camp, the team cuts its leading tackler, as originally reported by Erin Hawksoworth.

By cutting Mason Foster, who played 98.2 percent of Washington’s snaps during the 2018 season, the team saves $4 million dollars in salary-cap space.

Related: Still the Red$kin$: Washington again among the most valuable franchises in the world

Foster was drafted out of Washington by the Tampa Bay Buccaneers in the third round of the 2011 draft. He played with Tampa through 2014, before playing with the Redskins during the 2015-18 seasons.