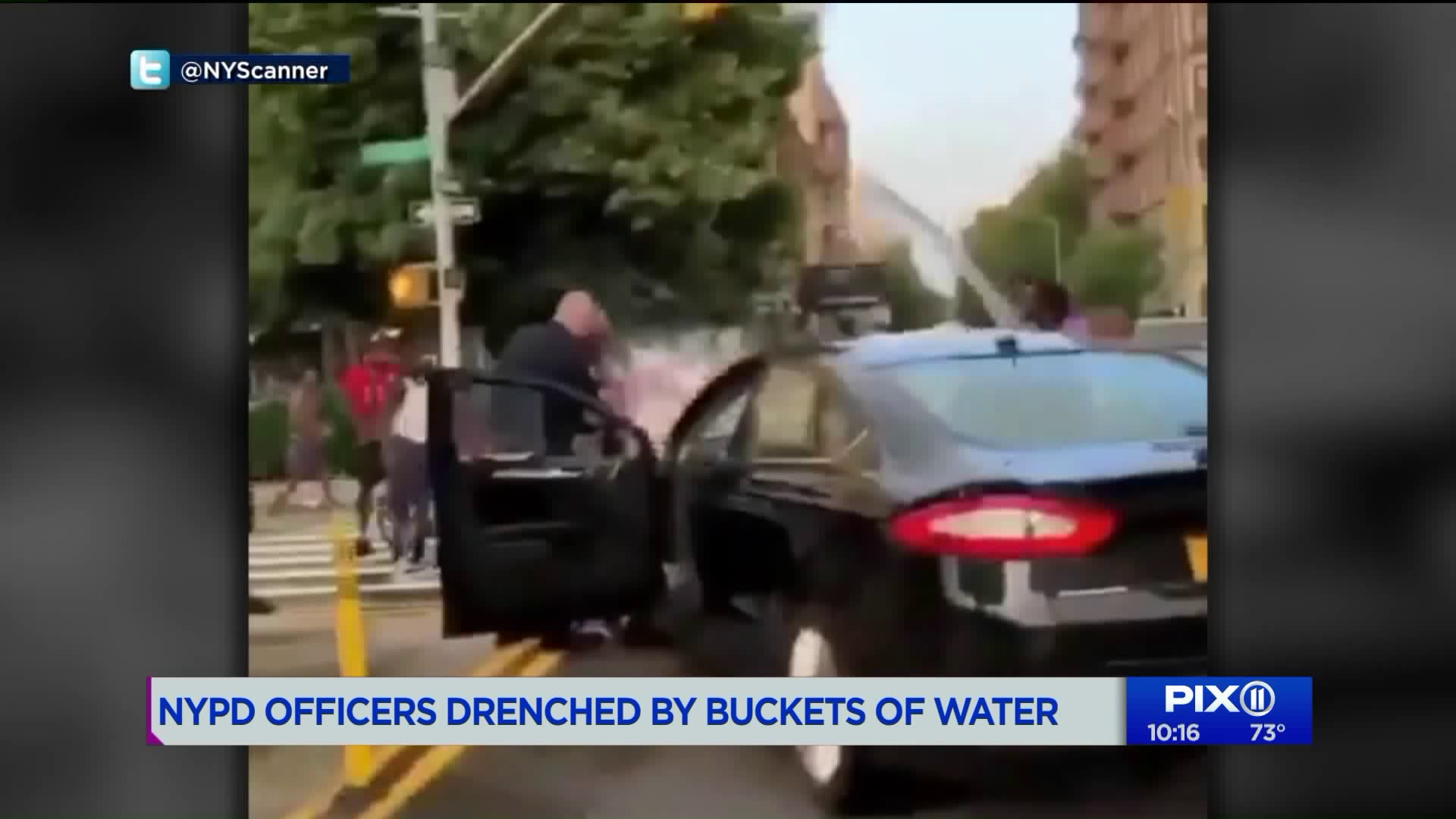 Two stunning videos one shot in Harlem, the other in Brooklyn has surfaced online Monday showing NYPD officers under attack.

One of the videos was shot in Brooklyn and the other in Harlem, WPIX reports.

The videos show the group of men dump buckets of water on the officers, with bystanders laughing in the background. At one point, a bucket actually hits one of the officers in the head. It's not clear what led to the acts.

DISRESPECT: This is what #NYPD Officers are faced with today. Petrified to take action. #BlueLivesMatter @NYCMayor @BilldeBlasio @NYPDnews @NYPD73Pct pic.twitter.com/VRpVKBS5Jb

WPIX reports that it's also not clear when the incidents happened. But city and police department officials have released statements calling the actions "reprehensible."

Completely unacceptable. A video from the 28 Precinct shows people interfering in an arrest by throwing water and objects at officers. The NYPD kept New Yorkers safe through the heatwave and last night's outages. We won't tolerate this kind of disrespect. NYPD is investigating. https://t.co/3Yg7f0eAs8

WPIX reports that the NYPD is looking into the incidents and charges could be filed.