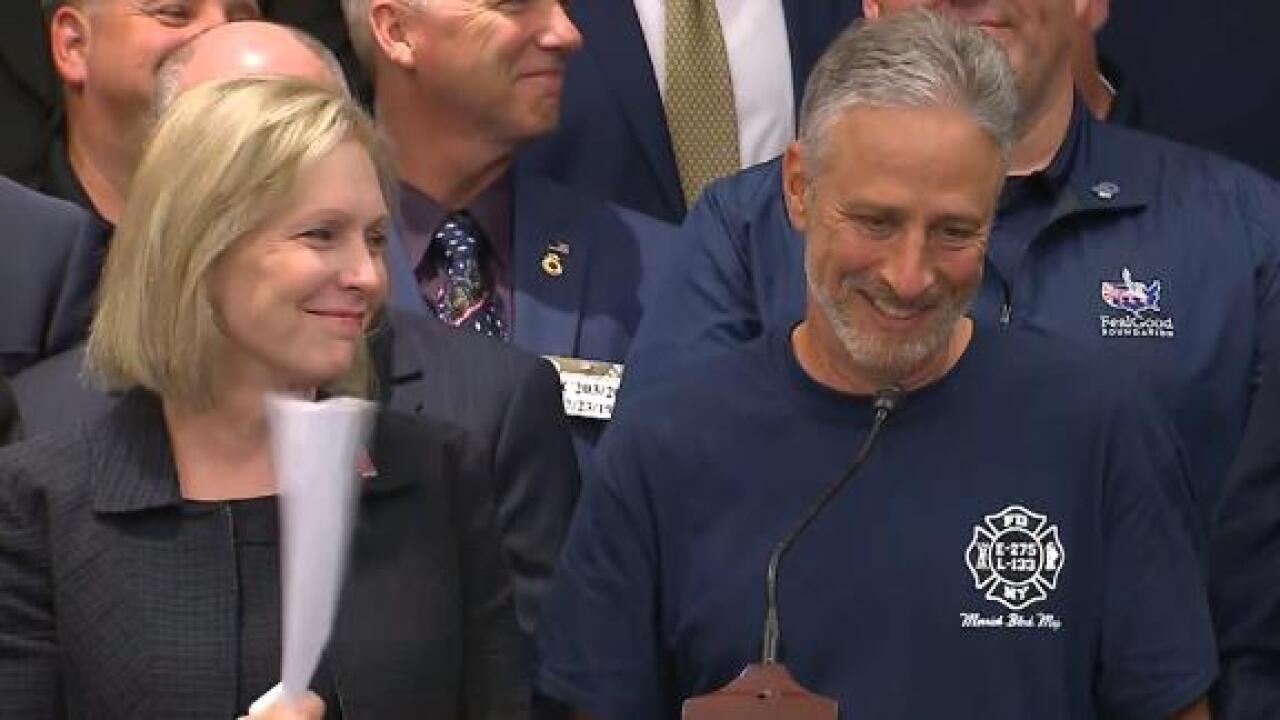 The Senate passed a bill 97-2 Tuesday to fund the 9/11 Victim Compensation Fund for decades, permanently compensating individuals who were injured during the 2001 terrorist attacks and their aftermath rescuing people and removing debris under hazardous conditions.

The House passed the bill earlier this month and President Donald Trump is expected to sign it.

Comedian Jon Stewart and surviving first responders including John Feal pushed Congress to pass the extension before rewards diminished and the fund expired in 2020. When it became clear the bill would overwhelmingly pass, a group of first responders and Stewart stood and clapped in the visitor’s gallery above the Senate floor.

“For tens of thousands of people that are waiting to hear the outcome of this, my heart bleeds with joy, knowing that so many people are going to get help,” Feal told CNN. “Everything we asked for, we got.”

Feal said he gave 15 years of his life to the cause and the passage of the bill would change him. “I get to physically and mentally heal,” Feal said.

In the face of dwindling resources and a surge in claims, the fund’s administrator announced in February that it would need to significantly reduce its awards. Special Master Rupa Bhattacharyya said the fund received over 19,000 compensation forms from 2011 to 2016 and almost 20,000 more from 2016 to 2018 in part due to an increased rate of serious illnesses.

The original fund from 2001 to 2004 distributed over $7 billion to compensate the families of over 2,880 people who died on 9/11 and 2,680 individuals who were injured, according to the Justice Department. In 2011, Congress reactivated the fund and in 2015 reauthorized it for another five years, appropriating $7.4 billion to aid thousands more people. The fund was set to stop taking new claims in December 2020.

The new bill would extend the expiration date through 2090 and cost what is deemed necessary. The Congressional Budget Office estimates it will cost about $10 billion over the next decade. Last week, Sen. Rand Paul, R-Kentucky, delayed the bill’s passage, criticizing Congress for not offsetting its cost by not cutting government spending elsewhere.

The bill is named after James Zadroga, Luis Alvarez and Ray Pfeifer, two New York police detectives and a firefighter who responded to the September 11, 2001, terrorist attacks and died due to health complications attributed to their work at Ground Zero.

This story has been updated with additional developments Tuesday.