Iran is ready for any threat to its territory, the foreign ministry says 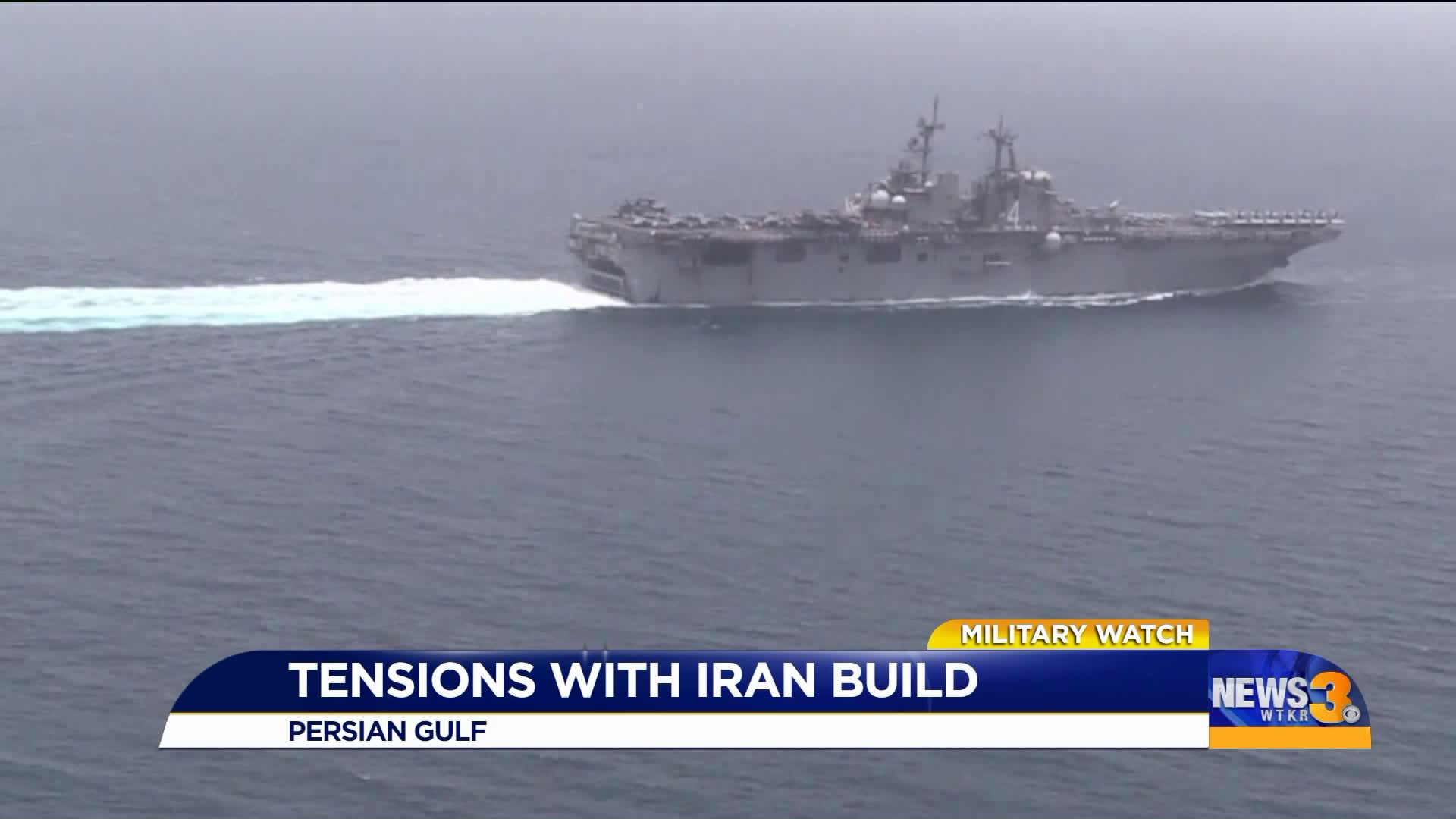 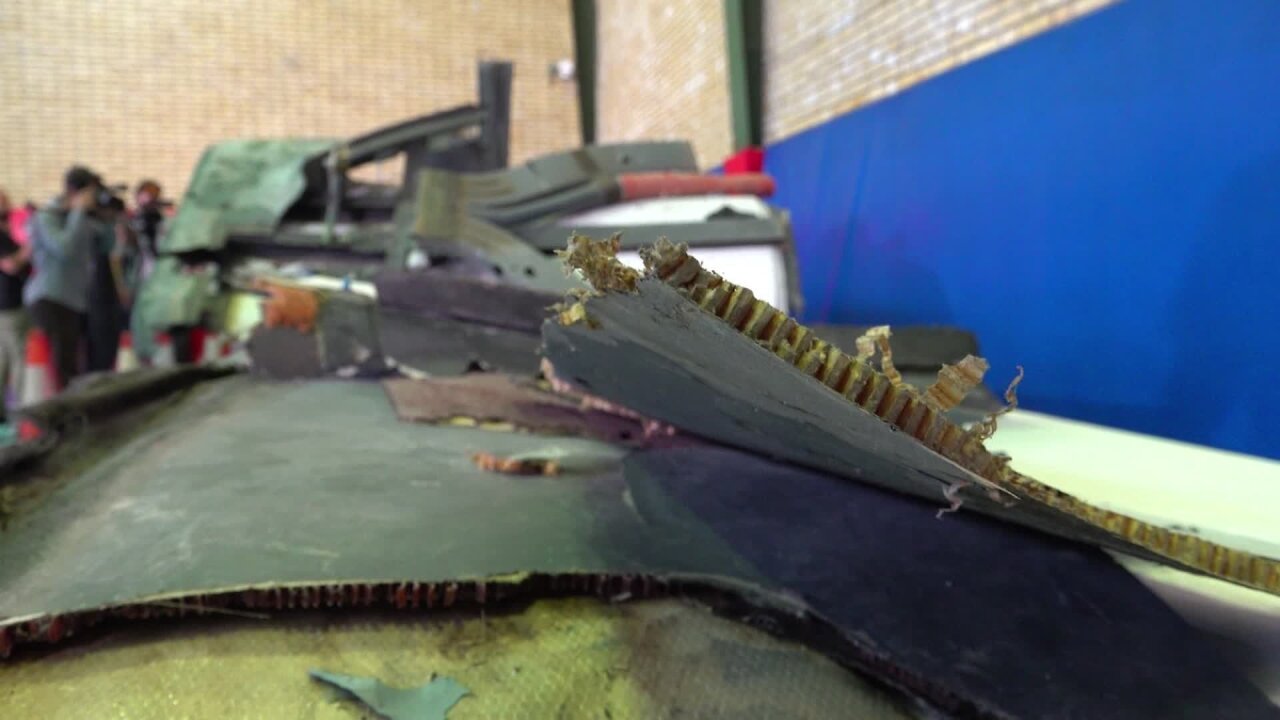 Iran showed no sign of backing down Saturday in its standoff with the United States over this week's downing of a US drone, insisting it was ready to counter any threats or aggression against its territory.

Debris from the US drone Iranians claim to have shot down over the Strait of Hormuz which was displayed in Tehran by Iranian officials.

"Regardless of any decision they (US officials) make, we will not allow the Islamic Republic's territory to be violated," Mousavi said. "Our decisions do not hinge on their decisions, and we will counter any aggression whether it mingles with threats or not."

The Iranian armed forces spokesman, Brig. Gen. Abolfazl Shekarchi, reiterated that Tehran would never be the first side to start a war but warned of the consequences if provoked.

After coming within minutes of military strikes, Trump stepped back from the brink of escalation.

He said Friday he called off an attack because he decided there would be too many deaths for a proportionate response to the downing of the US drone.

"We were cocked & loaded to retaliate last night on 3 different sights (sic) when I asked, how many will die. 150 people, sir, was the answer from a General," Trump tweeted. "10 minutes before the strike I stopped it."

The President said he had imposed new sanctions against Iran. It was unclear to which sanctions Trump was referring.

Amid the increasing tensions, Iran said Saturday that a former contractor for the Iranian Department of Defense was executed for spying for the US government, the state-run Islamic Republic News Agency reported.

IRNA said that Jalal Haji Zawar -- who was dismissed from service in 2010 -- had been charged during an investigation "with spying for the CIA," and that documents and equipment were seized from his home.

"He was identified by the Defense Forces and prosecuted by the Tehran military prosecutor," IRNA said, attributing the statement to the Iranian armed forces' judiciary department.

Zawar's former wife was also sentenced to 15 years' imprisonment for participation in the espionage, according to the statement.

A debate over the US drone's location
The US standoff with Iran escalated Monday when the Trump administration announced the deployment of 1,000 additional troops and extra military resources to the Middle East.

Tensions ratcheted further Thursday when the Revolutionary Guard Corps said it had shot down an "intruding American spy drone" after it entered into Iranian territory.

The location of the drone's downing has been a point of contention, with the Trump administration insisting the drone was in international airspace over the Strait of Hormuz.

The incident has left Trump caught between some Republicans demanding a response and congressional Democrats warning that the President -- and the Iran policy hard-liners on his national security staff -- could lose control of the situation and lead the United States into war.

"There can be no doubt about where the vessel was when it was brought down," Zarif said on Twitter.

The unsettled environment led Etihad Airways to suspend operations through Iranian airspace over the Strait of Hormuz and the Gulf of Oman. It will instead use alternative flight paths on a number of routes to and from Abu Dhabi, United Arab Emirates.

"The safety of our passengers and staff is the highest priority for Etihad Airways, and we are continually engaging with regulatory authorities and conducting our own risk assessments to ensure that our standards are not compromised," the airline said in a statement to CNN.

It joins several other airlines, including British Airways, KLM and Qantas, that have announced changes to flight plans.

"Iran's sky is open to all flights of airlines, and so far we have not received any report saying that airlines that had chosen the Iranian airspace as part of their routes redirected their flights," agency spokesman Reza Jafarzadeh said.

Trump's dilemma
US Senate Foreign Relations Chairman James Risch told reporters Friday that Trump had focused on "drilling down" on the differing arguments leveled by assembled lawmakers as he made decisions on the attack the day before in the Situation Room.

Trump faced a near unanimous national security team that felt the United States should retaliate by striking Iranian targets. Ultimately, he pulled the plug on military strikes, minutes before the point of no return.

The US military targets would have been a limited set of Iranian radars and missile batteries, a US official with direct knowledge of the matter told CNN, speaking on the condition of anonymity due to the sensitivity of the information. No US weapons had been launched when the decision was made to call it off.

In an interview Friday with NBC, Trump went into more detail about his decision.

"I thought about it for a second, and I said, you know what, they shot down an unmanned drone, plane, whatever you want to call it, and here we are sitting with a 150 dead people that would have taken place probably within a half an hour after I said go ahead," he said, "and I didn't like it, I didn't think, I didn't think it was proportionate

"Nothing was greenlighted until the very end because things change. We had something ready to go subject to my approval," he added, saying planes were not in the air when he ordered the pullback but "would have been pretty soon."