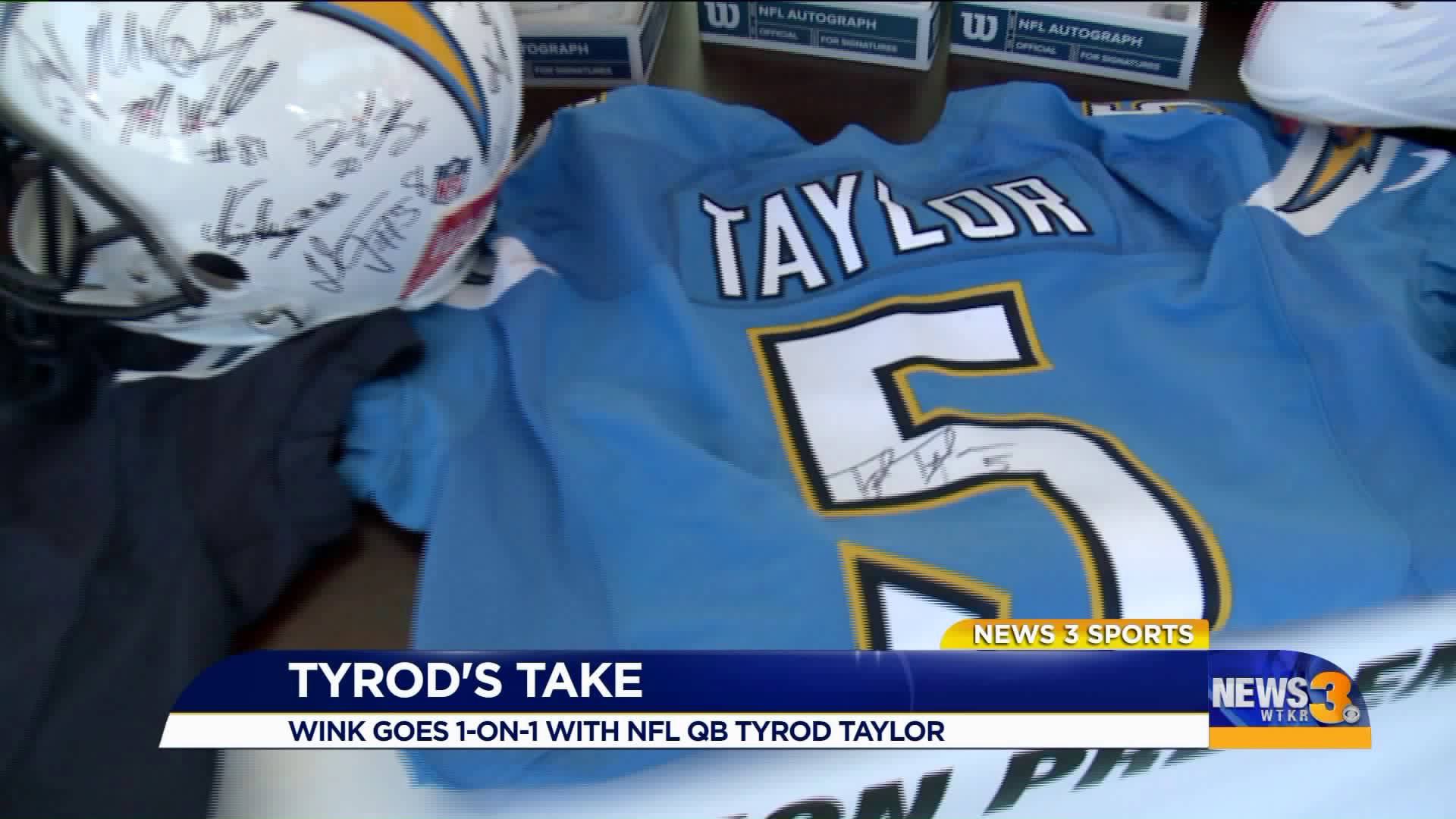 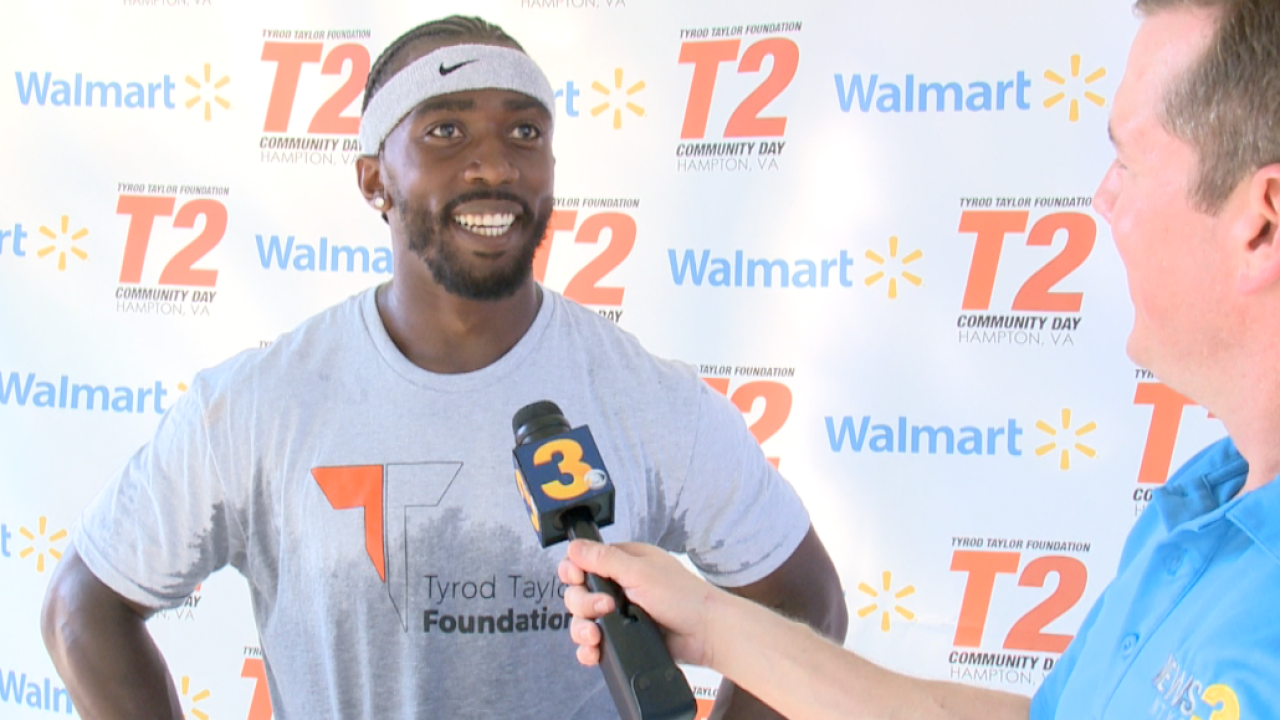 Among the topics discussed: Tyrod's choice to spend his final free Saturday before training camp giving back to his hometown, why he chose to sign a free agent contract with the Los Angeles Chargers, what one of the NFL's most-fashionable players thinks of his new team's powder blue uniforms and how long it will take him to learn the names of all of Philip Rivers' nine children.